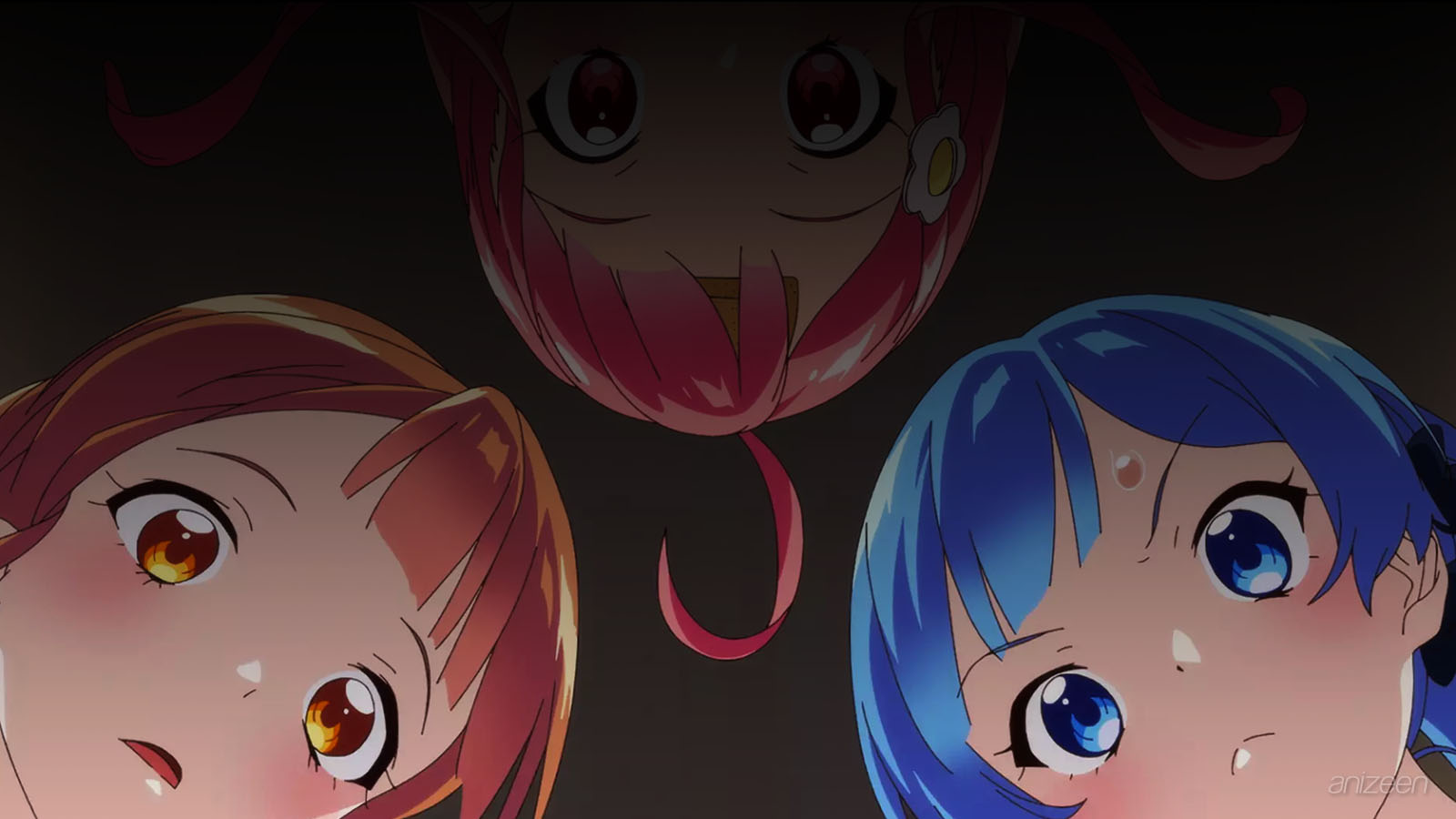 Yayoi knows exactly what she wants to pursue in life, become a comedian. From a young age, she has been very daring and likes to make people laugh.

At school, she used to duet with Yomogi, and they were really good, however, they started attending different schools and had to split up.

Now, the time has come for Yayoi to choose which school to pick for high school, and she doesn’t hesitate much, after all, the Kazuki private school in Nenba is famous for the number of comedians who have graduated.

Luckily for her, Yayoi meets Yomogi again in a park, where they used to practice and present their routine. They immediately go on stage and begin to act, meanwhile, downstairs we meet Yuzu, who applauds and invites them to continue.

In fact, she asks them to enter the Teppen Grand Prix, and now that a trio category has been opened, everyone can participate.

Now, thanks to winning the local event, the three of them live in an apartment complex filled with comedy groups, where Seiji is the manager.

It doesn’t take long for Yomogi to get into trouble and break the head of the prized trophy of body building that Seiji treasures the most.

At that moment, Seiji knocks on the door, because he wants to do the air conditioning maintenance in their room, and the girls start making excuses to stop him from seeing his trophy.

Finally, she convinces him to begin in another room, hoping that they can find the trophy head and repair it without Seiji noticing its absence.

Meanwhile, we meet the different comedy groups that inhabit the building, with all kinds of eccentricities, including an alien who tries to convince her companions to communicate with other aliens.

Recalling the previous days, Yomogi remembers that her younger sisters visited her for a whole day, and when they were playing with their dolls, they saw the trophy an found an ideal complement to have fun.

Later, when they returned to the room, that was the moment they found the headless trophy. At the end of the day, she deduces that the trophy head fell into the mix they used to prepare takoyaki, but once Yomogi tasted it, she thought it was not good and discarded it straight into the trash.

Now, they must search or find a way to compensate Seiji for his loss.