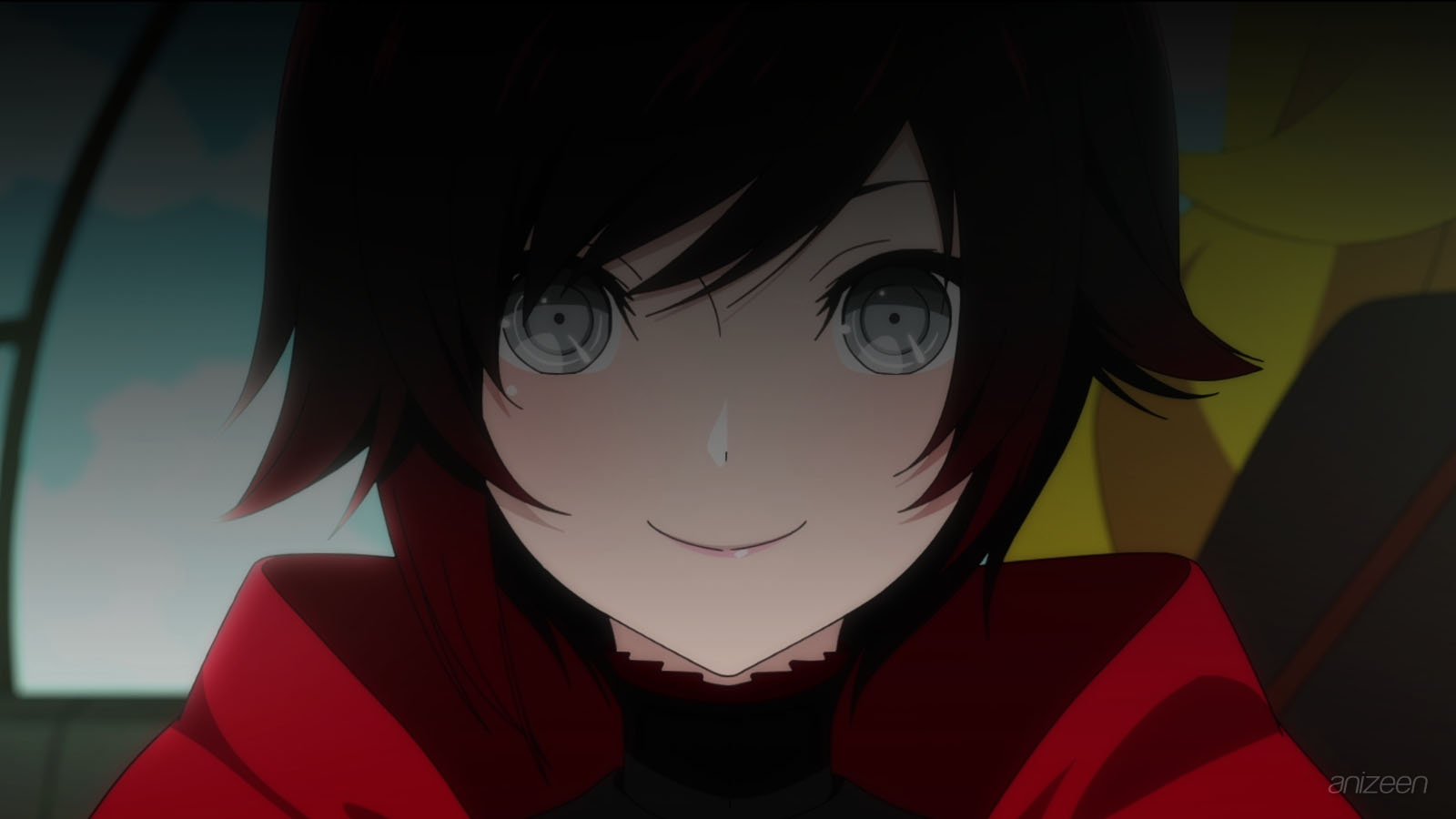 Legends say that men born from dust were strong, wise and resourceful. But the inevitable darkness came and the creatures of destruction, known as Grimm, appeared.

Mankind was on the verge of disappearing; however, they used their passion to move on and eventually, they discovered a new power, they named it Dust, and they began to fight with it to restore their civilization.

In the present day, we find Ruby at her mother’s graveside, as she happily tells her that Ella Yang, her sister, has been accepted into the Beacon Academy and she will be able to become a slayer, as she always dreamt.

Ruby is happy for her sister, but she knows that with her current grades, it will be very difficult for her to follow in her footsteps. Despite this, she does not lose hope that she will be able to fight against the Grimm, just like her mother did.

Somewhere else, we meet Weiss, a young woman from high society who also wants to become a huntress; however, her family, and especially her father, opposed to it.

She has been given a difficult test to overcome, and she must defeat a real Grimm if she wishes to achieve her goal.

Weiss faces the Grimm with courage and determination, and despite her injuries, she gets what she longed for.

In the distance, Blake and members of a gang known as the White Fang prepare to take over and rob a train full of Dust.

The security system is extensive and they must fight with all kinds of machines before taking control. Once they get the loot, Blake objects not to kill the train’s crew, at that moment, she decides there must be a better way of life.

Blake leaves the train and ends up being accepted into Beacon Academy.

That night, in the city, Ruby has gone shopping, she wants to give her sister a gift before she leaves her home to enter the academy.

As she searches for something special, she decides to enter a Dust store, however, while listening to music, she gets lost reading about weapons in her favorite magazine, and did not notice a group of thieves entering the store.

Seeing herself threatened by one of the robbers, Ruby doesn’t hesitate to defend herself against him and pulls out her huge weapon to push back the criminals.

She demonstrates her skills with her weapon, and is able to follow the leader of the gang before he boards an airlift. Before he does it, a huntress, Glynda, appears and protects Ruby from an attack.

Later, Glynda scolds Ruby for not thinking about the consequences of her actions, but despite this, she tells her that she has a very special visitor, Professor Ozpin, who is in charge of the Beacon Academy.

Ozpin decides to invite Ruby to the academy, and thanks to this, she will be able to follow in the same footsteps as her sister Ella Yang, although for their father, the news comes as a surprise and it depresses him quite a bit.

Thus begins the story of four young girls, with the aim of changing the world and making it better.