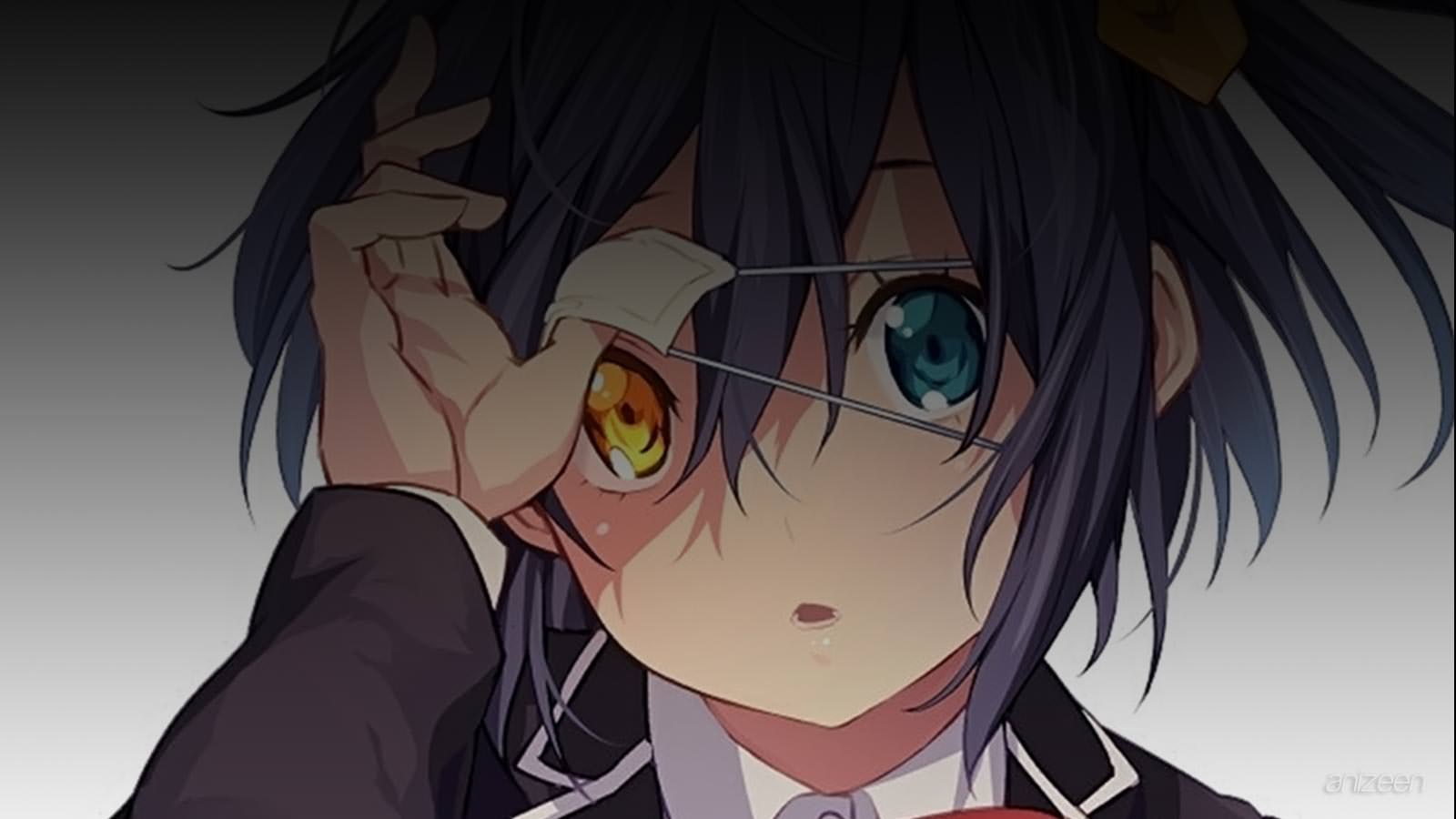 Yuuta Togashi is really excited; he is now a high school student and wants to start all over again with his life. Why? Well, let’s say that he used to have a mixed personality; actually, he was a complete different person.

With a clear state in his mind and future, Yuuta thinks it’s time to get rid of his past, and that includes giving up on being the Dark Flame Master. But that night, before the high school opening ceremony, Yuuta sees a girl, Rikka Takanashi, climbing down the apartment using a rope. Yuuta is surprised and guides her down.

The next morning, Yuuta thinks that everything will be alright and that his Dark Flame Master past will remain buried for good. While taking his train, Yuuta finds out that Rikka is wearing a patch in her eye and has a strage, but curiously familiar, behavior. And it sees that Rikka truly believes she has a Wicked Eye and that her power is real.

Rikka has just moved in with her sister, who happens to live above Yuuta’s place, and she has no problem showing her powers to the persons around. For Yuuta this has become an issue, because Rikka knows that he is the Dark Flame Master.

Yuuta and Rikka are in the same class, and before anything happens, Rikka approaches Yuuta and says she has been looking for him for a long time. After some laughs, Rikka begins to say her eye hurts and Yuuta is sent with her to the infirmary. Rikka talks to Yuuta and he understands what’s going on, but now that he wants to leave his embarrassing past behind he can’t be seen around Rikka at school.

Unfortunately for Yuuta, he hasn’t realized that Rikka is living above him, and after school, he is told to take her home. Rikka doesn’t hesitate and tell Yuuta that he is his soul mate, in this case is more a delusion, but it’s still embarrassing for him.

As the day ends, Yuuta helps Rikka moving her belongings into her apartment and as she is able to convince Yuuta not to throw away some of his Dark Flame Master belongings.