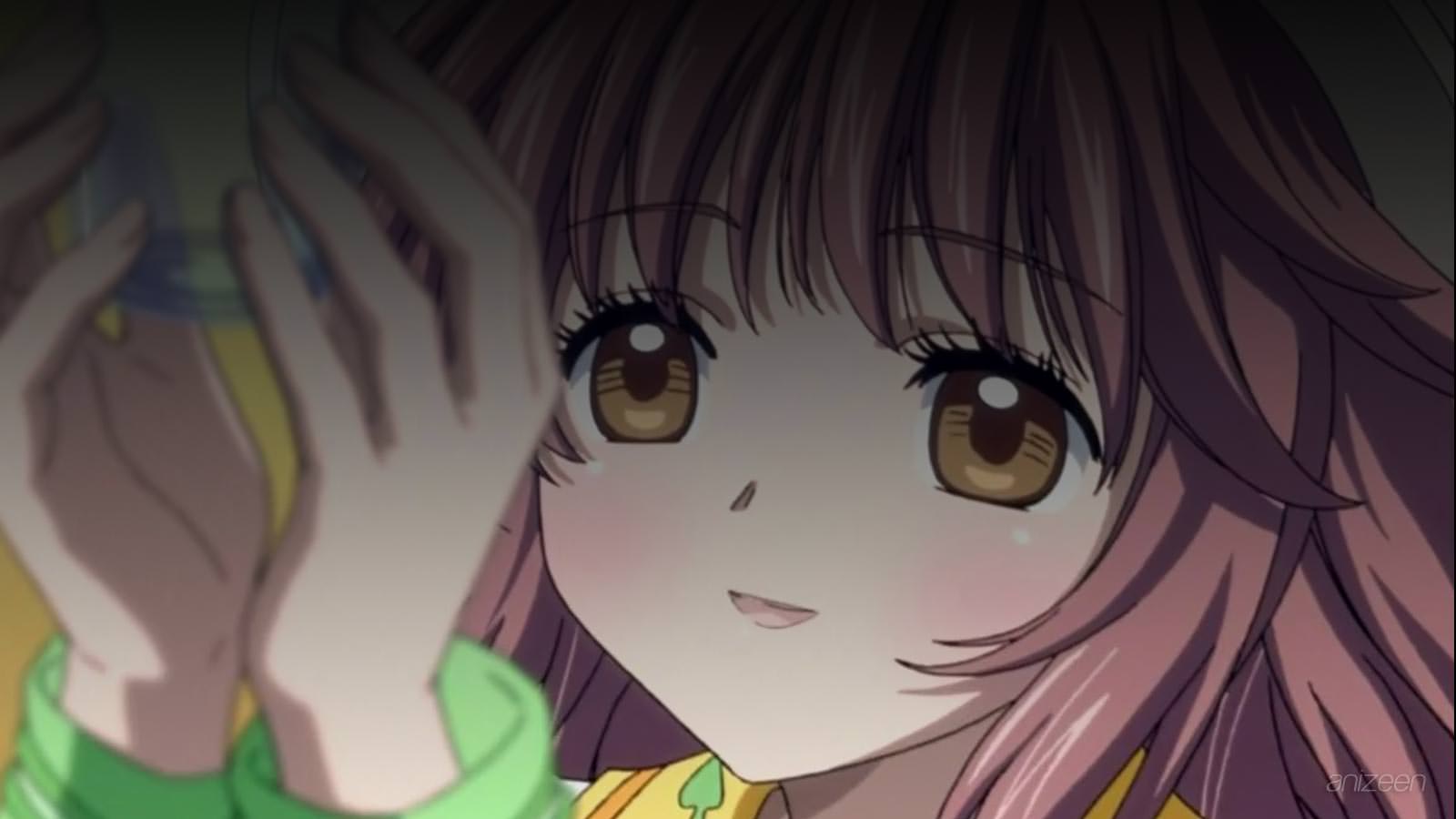 Kobato is sweet and perky girl, but also extremely naive about the world around her. She has a wish, she wants to go to a certain place, but to do that, she needs to fill up a bottle with the suffering from people’s hearts.

But before she can get that bottle, she has to pass a test of common sense. Unfortunately, despite how nice and outgoing she is, common sense is one thing Kobato lacks. Also she has a companion and test giver, Ioryogi, who doesn’t find Kobato’s actions and ideas as adorable as the rest of the audience.

So, Kobato goes throughout her day, trying to do things right, but in the process, she does everything wrong. At some point, she gets picked up by a couple of guys and as naive as she is, Kobato goes with them thinking they’re really nice guys.

Ioryogi has no patience and hurts the guys, worsing Kobatos’ situation. But, fortunately for Kobato, she is helped by Kiyokazu Fujimoto, an obviously cool and mean guy, who secretly has kind side.

After this, Kobato tries to concentrate in her test and starts helping others along the way. Everytime the result is the same and misfortune starts to surround Kobato.

When the day is running out and it seems Kobato won’t pass the test a child is crying out loud. Kobato stops and, with her angelic voice, starts singing. The baby stops crying and an old lady thanks her for her help, in the end, Kobato passes the test and gets her bottle.

Kobato Hanato is a strange and naïve girl with a kind heart, never wanting to see someone suffer or get hurt. She is very innocent and dedicated. She is a bit of an enigma within the series, as her origins have yet to be explained. She seeks to heal the heartaches of others, resulting in the filling up of a mysterious bottle called a “flask” with the suffering of those people’s hearts so that someday she will be able to go to a certain place that she really wants to go. Her only restriction appears to be that she cannot fall in love with anyone she heals the heart of. Kobato has a very cheerful and enthusiastic outlook in life and her wanting to aid others in need is very heartfelt and sincere. However, she can also be clumsy, rather clueless, and rash with her actions, and often trips over her own feet, much to Ioryogi’s annoyance.

Ioryogi is Kobato’s companion, who appears as a stuffed toy dog that she carries around. He’s actually very foul-mouthed, short-tempered, and cruel, his features twisting horrifically when aggravated or enraged. He tends to scathingly criticize or hit Kobato for her stupidity. Despite the lack of respect he shows Kobato, he will always acknowledge her efforts when he feels she deserves it, and seems to be set on helping Kobato achieve her goal. He is harsh to her and scolds her constantly but is seen to really care for her and comforts her in his own way when she is down, such as patting her head to encourage her.

Kiyokazu Fujimoto is a blunt, sarcastic young man working at the same kindergarten as Kobato. He is also Kobato’s neighbor, living in the same complex under the ownership of Chitose. He has known Sayaka for many years and appears to have strong feelings for her, showing much concern over and being fiercely defensive of her. Upon first meeting Kobato, he is rather suspicious of the unusual girl, as he does not want Sayaka to be hurt by another person. He often pokes fun at and teases Kobato, which is unusual as he generally ignores people he does not like; as a result, Sayaka interprets his actions toward the girl as affection.

Sayaka Okiura is the teacher and principal of Yomogi Nursery, a local kindergarten where Kobato works. She has known Kiyokazu since he was seven, which is when her family adopted him. She also went to the same high school as Chitose. She is a kind and trusting person, willing to let Kobato assist her at the school even with Fujimoto’s obvious mistrust of her. Upon meeting Sayaka, Kobato wishes to heal the apparent emotional pain in her heart. Sayaka is in debt due to an event in the past involving her father.

Chitose Mihara is the kind and generous landlady of Kobato’s apartment and Sayaka’s old classmate. She is married and has twin daughters, Chise and Chiho. Fujimoto also lives in Chitose’s apartment complex.

Kobato.
(こばと。)
Is CLAMP’s latest manga series which premiered in Monthly Sunday Gene-X in January 2005. The series was put on hiatus late in 2005. It returned to publication in Newtype magazine’s November 2006 Japanese edition; the story has subsequently been restarted at an earlier point in the original timeline. And the first volume of the manga was released by Kadokawa Shoten on December 26, 2007. A 24 episodes anime adaption is planned for autumn of 2009, animated by Madhouse and supervised by CLAMP’s Nanase Ohkawa. The anime start airing in October 6, 2009.
OP
1. “Magic Number” ~ Maaya Sakamoto
ED
1. “Jellyfish’s Confession” ~ Megumi Nakajima
WEB