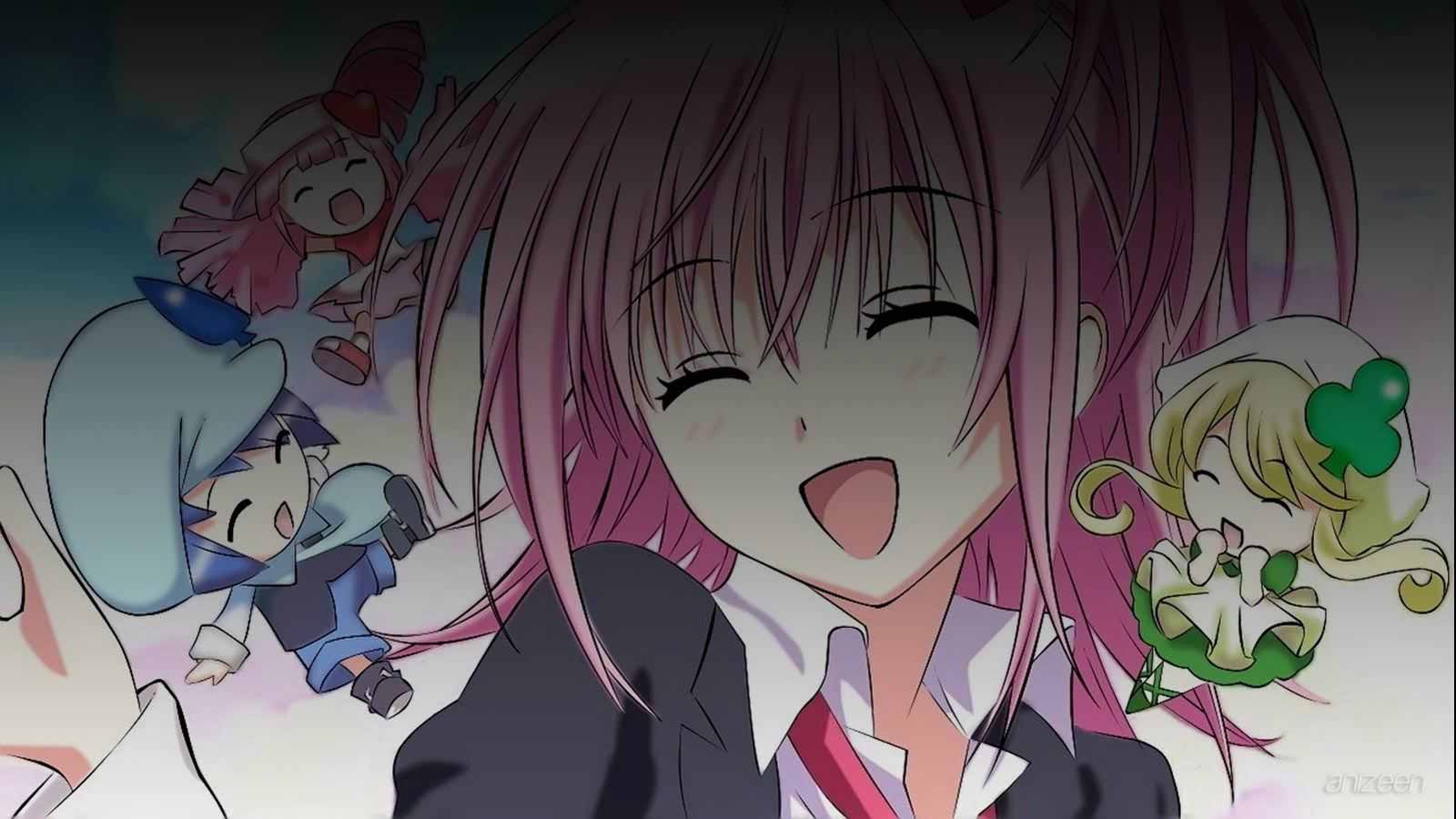 Amu Hinamori is a student at Seiyo Elementary, where she has a reputation for being super cool and Stylish. Amu’s real personality is in contrast very shy, and one night she makes a wish that she would have the courage to show be her “real” self.

The next morning Amu finds three brightly coloured eggs, each one eventually hatching into a Guardian Character, angel-like beings able to give Amu a temporary change in personality. With the Guardian Characters, Amu’s life becomes much more complex as she now struggles to deal with her new personalities and the Seiyo Elementary Guardians – a student council group where each member owns their own Guardian Character.

Everyone at Seiyo Elementary thinks Hinamori Amu is the coolest girl in class. But, she’s nothing like that. Amu’s actually a very shy girl who wishes to have courage to truly be herself.

One morning, she found three mysterious, little eggs in her bed. Each egg contains a “Guardian Character“. These guardians are angel-like beings that can give a human a certain power to change their abilities. With help help from these Guardian Characters, Amu will discover that her true self is even more amazing than she ever dreamed.

Amu Hinamori is th main character, a student of Seiyo Elementary. Her charm point is her “×” shape hair clip. During Chara Change and Chara Become her hair clip changes (Ran→Heart, Miki→Spade, Su→Clover) and the Chara Become forms are named: Ran→Amulet Heart, Miki→Amulet Spade, Su→Amulet Clover. The characters Amu becomes are good at certain activities like Amulet Heart who is athletic, Amulet Spade who is good at Art and Crafts, and Amulet Clover who is good at cooking(all house-work in general).

Utau Hoshina (Guardian Chara: Iru, Eru) is a 14-year-old junior high student idol. She sings in plays. Lunatic Charm is the name of Iru’s Chara Become, during Chara Become and Chara Change Utau grows devil wings. The other Guardian Chara, Eru, is now with Amu in the place of Dia. The gentle Eru seems to be treated badly, Eru performed Chara Become with Amu and it surprised Utau. She is actually Ikuto’s sister, Utau Tsukiyomi.

Tadase Hotori (Guardian Chara: Kiseki). The boy the same age as Amu who serves as the K Chair (Kings Chair). His alias is “Prince”, and is Amu’s love interest. Whenever he is called “Prince”, his character changes into a violent, egotistical king who wishes to rule the world. Because of this, he does not do Chara Change with Kiseki unless it’s absolutely necessary. Actually, he too is a shy person and is not a public speaker. So he wished to become stronger and become another character, much like Amu.

Nadeshiko Fujisaki (Guardian Chara: Temari) The former Q Chair (Queens Chair). Same age as Amu. When Amu rejected the offer to join the Guardians, Nadashiko tried many ways to convince Amu. She helps Amu bake sweets for Tadase as a birthday present for him. Her character after Chara Change is a battle hungry yakuza type who speaks in Hiroshima slang and carries a naginata.

Kukai Souma (The former J Chair). He is one year senior to Amu. The captain of the Soccer Club, he is athletic and has good reflexes. Through the power of the Humpty Lock, Daichi managed a Chara Become once. Once, in the school magazine, he and Amu are mistaken to be a couple as a student got a picture of him holding Amu after she came out of her Character Change and lost her strength. He has Graduated, which is the reason he has been replaced. Saaya appears to have a crush on him, as when a school paper ran a rumour that he was in love with Amu, she was furious.

Yaya Yuiki (Guardian Chara: Pepe-Chan). The girl serving as the A Chair (Ace Chair). One year junior to Amu. She likes the sweets baked by Nadeshiko. Her hair is tied in pigtails with a big ribbon. Her Chara Change character is a baby that uses a giant rattle as weapon, influenced by the “baby” character she has a crybaby personality. She doesn’t know how to swim. Has a just born baby brother named Tsubasa. She is also a ballerina, though a rather clumsy one.

Rima Mashiro (Guardian Chara: Kusu Kusu). The girl serving as the new Q Chair. Same age as Amu. A short, cute and beautiful girl with a selfish personality. She is well-liked among male students but hated by female students. She feints crying to deceive people. Her Chara Become with Kusu Kusu is called Clown Drop. When she does Chara Change she becomes a gag character which she dislikes.

Kairi Sanjou (Guardian Chara: Masashi). The boy serving as the new J Chair. He is tall but actually he is two years junior to Amu. He prepares for Guardian’s activities. Though the youngest he is capable, Amu and Yaya call him “class president”. Wears spectacles. He is actually Yukari Sanjou’s younger brother sent to spy on Guardian.

Shugo Chara!
(しゅごキャラ!)
Is a shoujo manga created by the mangaka duo Peach-Pit. The story is about an elementary school girl named Amu Hinamori who wishes she wasn’t popular and have a different character, thus resulting in three character eggs containing three character guardians. It is serialized in the magazine Nakayoshi and published by Kodansha in Japan. In addition to the regular volumes, the series is being released in limited editions, each of which include different cover art from the regular editions, metallic foil sleeves, and a set of postcards featuring Amu in various outfits and poses following the color theme of the dust jackets. Currently, four manga volumes have been published; an anime adaptation debuted in October 2007.
OP
1. “Kokoro no Tamago” ~ Buono!
ED
1. “Honto no Jibun” ~ Buono!
WEB