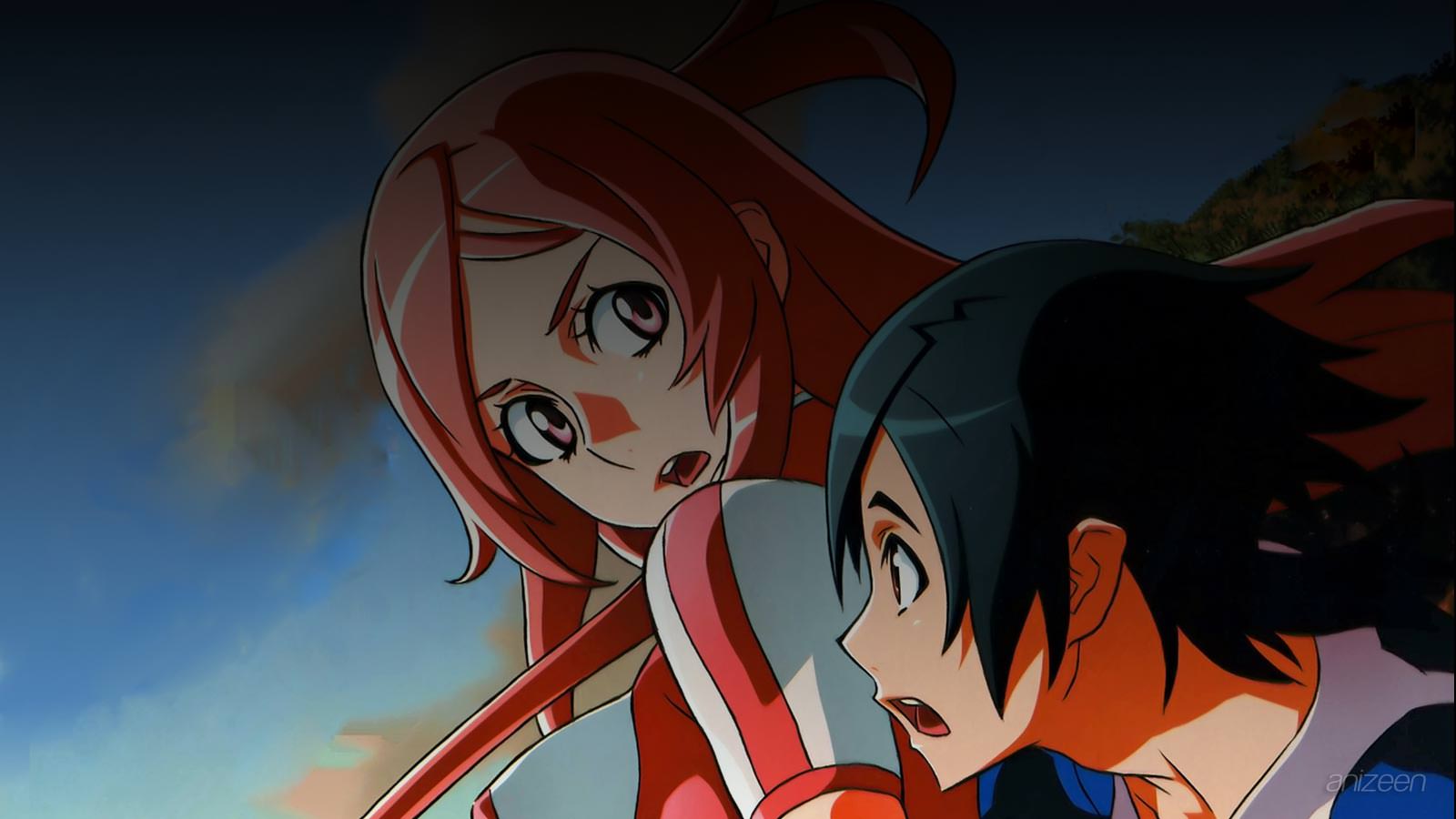 Twenty years prior to the story’s beginning, an asteroid headed for Earth destroys Pluto. Due to Pluto’s destruction, the asteroid, which is dubbed Thanatos, becomes temporarily stagnant in Pluto’s orbit.

Now, in order to avoid Earth’s impending destruction, the International Solarsystem Development Agency (ISDA) works on the “D-Project”, and secretly creates weapons called “Dragons” after finding a dragon egg under the ocean. However, they soon find out that the asteroid is not their only threat, as powerful, destructive dragons from Thanatos appear on Earth.

After witnessing a murder by one of the creatures, Jin Kamishina, a lonely 18-year-old boy who lost his family in a shuttle accident two years ago, gets involved in the mysteries of the dragons, and is chosen to become a dragon pilot called a Dragonaut.

Helping him on his journey is Toa, a mysterious girl who saves him from falling to his death after the creature attacks him. As they delve deeper into the mysteries of the dragons, they encounter new friends and enemies, and also develop a closer relationship.

Jin Kamishina is an 18-year-old boy who lives a solitary existence due to losing his family in a shuttle accident two years ago. He is the only known survivor, who mysteriously had no major injuries despite falling from a high altitude; it is hinted in the story that he was saved by Toa.[3]

Toa is a mysterious girl who saves Jin from a dragon. She is shown to have remarkable athletic abilities and extraordinary strength, possibly due in part to the fact that she is a dragon. In her dragon form, she is immensely powerful; she is able to take on more than two other dragons at a time. She is referred to as the “album” ~ the ISDA, who wishes to capture her.

Gio is a dragon from the ISDA who is assigned to be Kazuki Tachibana’s “partner” after Kazuki successfully resonated with Gio’s dragon egg form. However, despite being Kazuki’s partner, Gio does not take orders from him, showing more concern for Toa, whom he states he was born to protect.

Akira is a Dragonaut for the Lindbulm Unit. She has a close relationship with her dragon partner, Machina, who acts more like an older sister. After meeting Jin, she begins to question the relationship between a dragon and their master.

Machina is Akira’s dragon partner, who acts like a big sister towards Akira, correcting her speech and keeping her in check. She has the ability to control water in her Communicator form.

Line is the leader of the Lindbulm Unit. He is also a Dragonaut, whose partner is Howling Star.
He represents the ISDA in public, and is quite popular with girls.

Kazuki was Jin’s best friend from before the accident. The two had promised to go into space together, resulting in their admission into the astronaut training program, but the shuttle accident caused Jin to leave the program.
Kazuki now works for the ISDA as part of the Dragonauts after his successful Resonance with Gio. He tries to get Jin to join so they can fulfill their promise, but he starts to feel resentment towards Jin after seeing him fly off with Gio.

Dragonaut is a dragon’s partner, who is otherwise known as a “pilot” or “master”. To successfully become a Dragonaut, one has to successfully resonate with a dragon egg.

Thanatos is the asteroid that destroyed Pluto twenty years prior to the series’ beginning. Due to Pluto’s destruction, the asteroid becomes stagnant within the former planet’s orbit, however, some believe that the asteroid’s current state is only temporary. If it does break free from Pluto’s orbit, Earth would be in grave danger since it is located in Thanatos’ expected trajectory. Thanatos also seems to contain extraterrestrial lifeforms. The ISDA calls these lifeforms “Dragons”, and keeps their existence a secret from the public. In Greek mythology, Thanatos was a personification of Death and Mortality.

International Solarsystem Development Agency (ISDA) is a joint space exploration agency, which is basically an integration of every space agency on Earth. New Ogasawara is designated as its primary base, but it has successfully built bases and other structures around the world, including a base on the lunar surface.