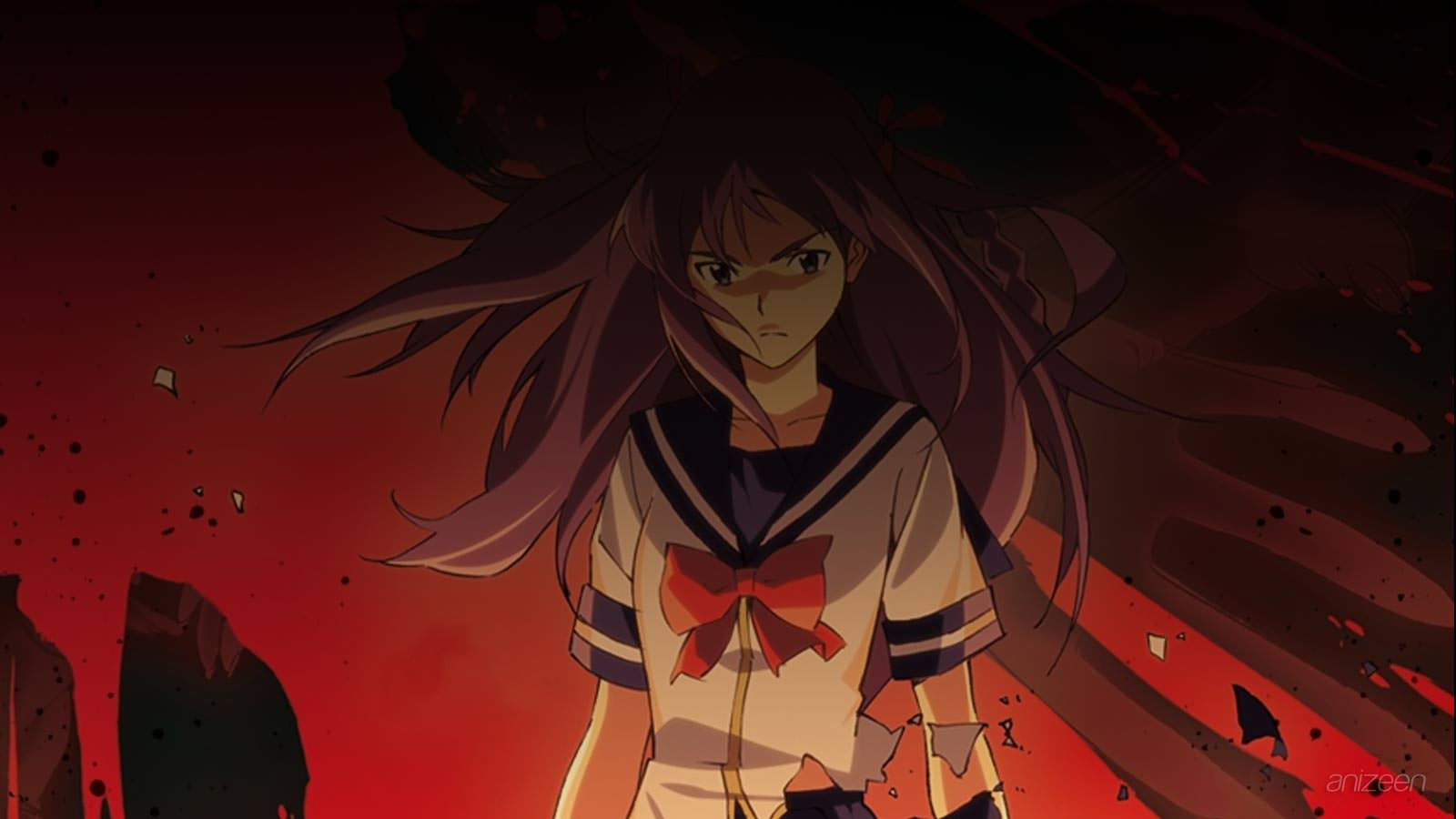 On the day of Ohri’s departure the monks and Makina go after a newly discovered undead being who is killing women and the police who chase him. Makina catches up to the evil undead being, who transforms into a vampire who attempts to bite and enslave Makina too.

Makina carries a pair of compact submachine guns that she uses to try to blast the vampire into bits. But Makina is distracted by the revival of some of the vampire’s victims and so is carried off into the night in the talons of the monster.

Ohri has secretly seen the leader of the monks, Keisei Tagami, revive Makina by hugging her, so on the night of Ohri’s departure, when Makina breaks free of the grip of the vampire and smashes into the ground in front of him, Ohri revives Makina by hugging her too. Makina is surprised when she finds that Ohri revived her, and promptly slaps him in the face before running off to rejoin Keisei and the chase.

Eventually Makina catches up with the vampire and finally succeeds in blowing him up so that he can’t be revived. Afterwards, while Makina cleans herself off in her shower, Ohri finally reaches his new apartment, only to find that his classmates who were planning a welcoming party all fell asleep before he arrived.

Keisei Tagami is a Buddhist priest of Kongon Clan, he adopts Ohri Kagami from an orphanage. Thanks to: D. Baranyi

Shikabane Hime
(屍姫)
Is a Japanese manga series written and illustrated by Yoshiichi Akahito. Premiering in Monthly Shounen Gangan on April 12, 2005, the on-going series centers around the “Corpse Princess” Makina Hoshimura, an undead girl who is hunting down 108 undead corpses in order to gain entry into heaven with the help of a secret society of anti-corpse Buddhist monks. Feel and Gainax partnered together to adapt the series into a thirteen episode anime series. The first season, Aka, premiered on AT-X on October 2, 2008.
OP
S1. “Beautiful fighter” ~ angela
ED
S1. “My story” ~ angela; “The Pale Sands of the Sleeping Star” ~ Mayumi Iizuka ep 4; “Beginning” ~ angela ep 13
WEB