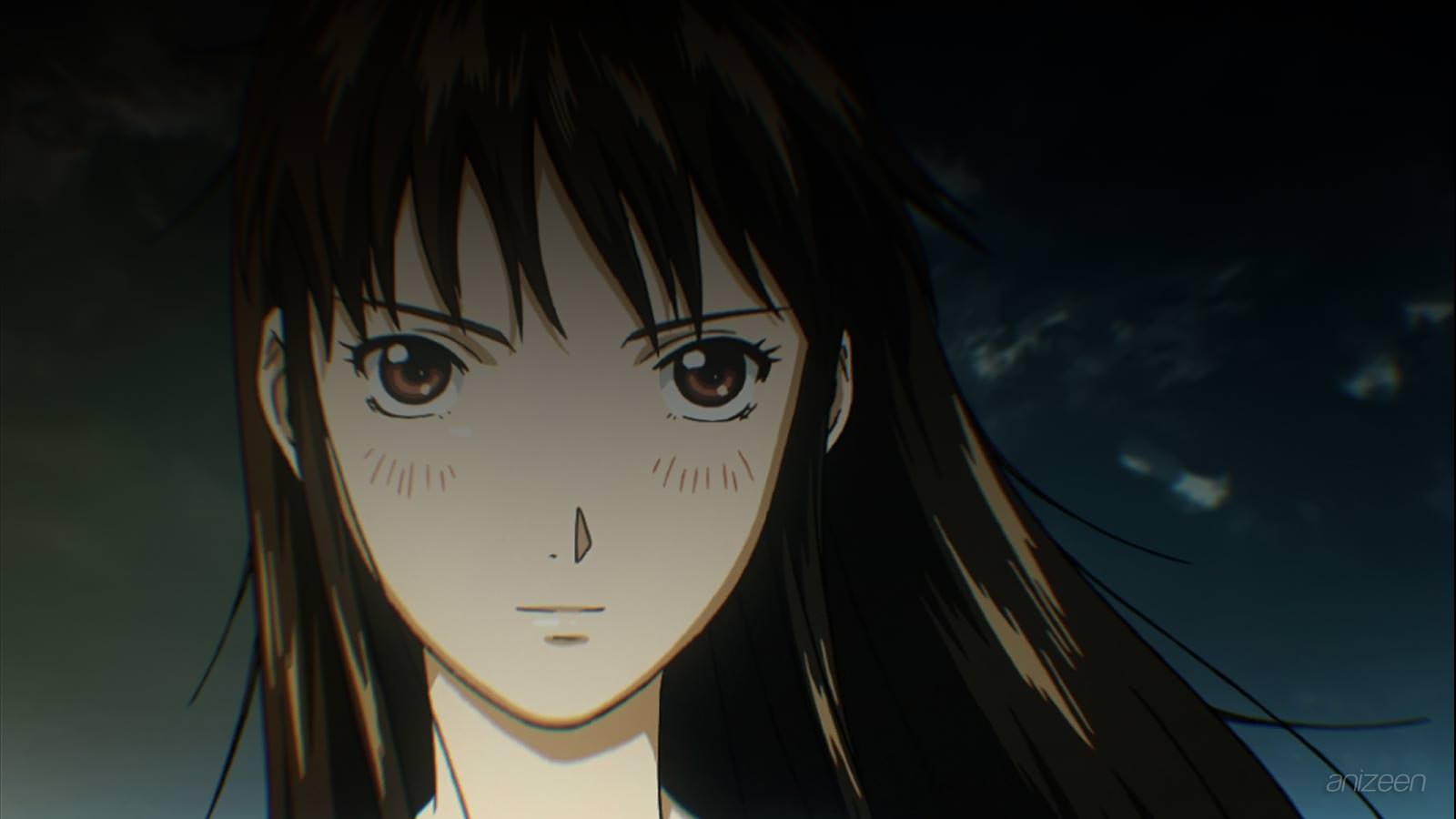 Rin Ogata was a ballerina student until she suffered an accident during a performance. Rin has pretty much adjusted to her post-accident situation, but she still doesn’t really want to talk about it.

One day on the way home from school Rin takes shelter next to a warehouse during a sudden thunderstorm. She hears a sound and watches as a man rides out of the warehouse on a two arm motorcycle. The rainstorm intensifies so Rin enters the warehouse in order to keep dry. Inside the warehouse Rin sees another motorcycle with arms, but one that is a bright and shiny fire engine red.

As Rin admires the strange motorcycle Haruki Hishida, a somewhat geeky young man, comes out of the back of the warehouse and starts to explain to Rin about the red bike, which he calls a “Rideback”. This particular model is called “Fuego”, and Haruki mistakenly thinks that Rin is a new trainee who is there to learn how to use the bike.

Rin is too polite to explain the mistake, and is rather entranced by the look of the machine. So when Haruki asks her to get on board Rin does a ballet leap onto it, surprising Haruki. Haruki then explains to Rin how to get Fuego going, and Rin starts moving it around the warehouse while on battery power. The bike accepts simple commands in spoken Japanese as well as having various hand and foot controls.

The rain stops and Haruki tells Rin to start the engine and take Fuego outdoors, which she does. Rin is now enjoying herself, although she doesn’t really know what she is doing. Then a malfunction occurs which causes Rin and Fuego to race away from the warehouse out of control.

Rin finds that she can do various ballet maneuvers on Fuego because it can configure itself into a standing mode, but she can’t find a way to stop it. Tenshiro Okakura, the man who rode off on the other mecha-bike, sees Rin racing by and rides up to attempt to help Rin.

He finally finds the source of the problem while they are both racing along a closed hillside road, but Rin only regains control of Fuego as she reaches the dead end and ends up flying off the road into the air. Rin has a look of bliss on her face as she flies through the air like the ballerina that she once was.

Rin Ogata was born in Japan on September 11, 2001. Her parents were Yuki and Munetatsu, and due to her mother being a talented dancer, was therefore expected to be their natural successor, having participated in dancing competitions from a young age. However, in 2017, she fractured her left foot while dancing and subsequently decided to stop dancing, later enrolling in the theater department of Musashino University, where she first comes across Rideback.

Haruki Hishida is a second year student in the English department and Rin’s senior. An enthusiast of Ridebacks.

Tamayo Kataoka is a third year student in the science department and a senior to both to Rin and Haruki. The Rideback champion of Japan.

Shouko Uemara is a childhood friend of Rin’s.

Tenshirou Okakura is the head of the Rideback team. Possessing a strict character.

Misao Yokoyama is lecturer at Musashino University’s department of literature and adviser to the Rideback team. In reality, however, she is a member of the GGF. Thanks to: D. Baranyi

Rideback
(ライドバック)
Is a Japanese manga series created by Tetsurou Kasahara. It was serialized in Shogakukan’s monthly Ikki magazine from March 2003 to January 2009, spanning a total of nine volumes. The anime adaptation of the series premiered in January 12, 2009. It is produced by Madhouse and is scheduled to contain 12 episodes.
OP
S1. “RIDEBACK” ~ MELL
ED
S1. “Kioku” ~ Younha feat. GOKU
WEB