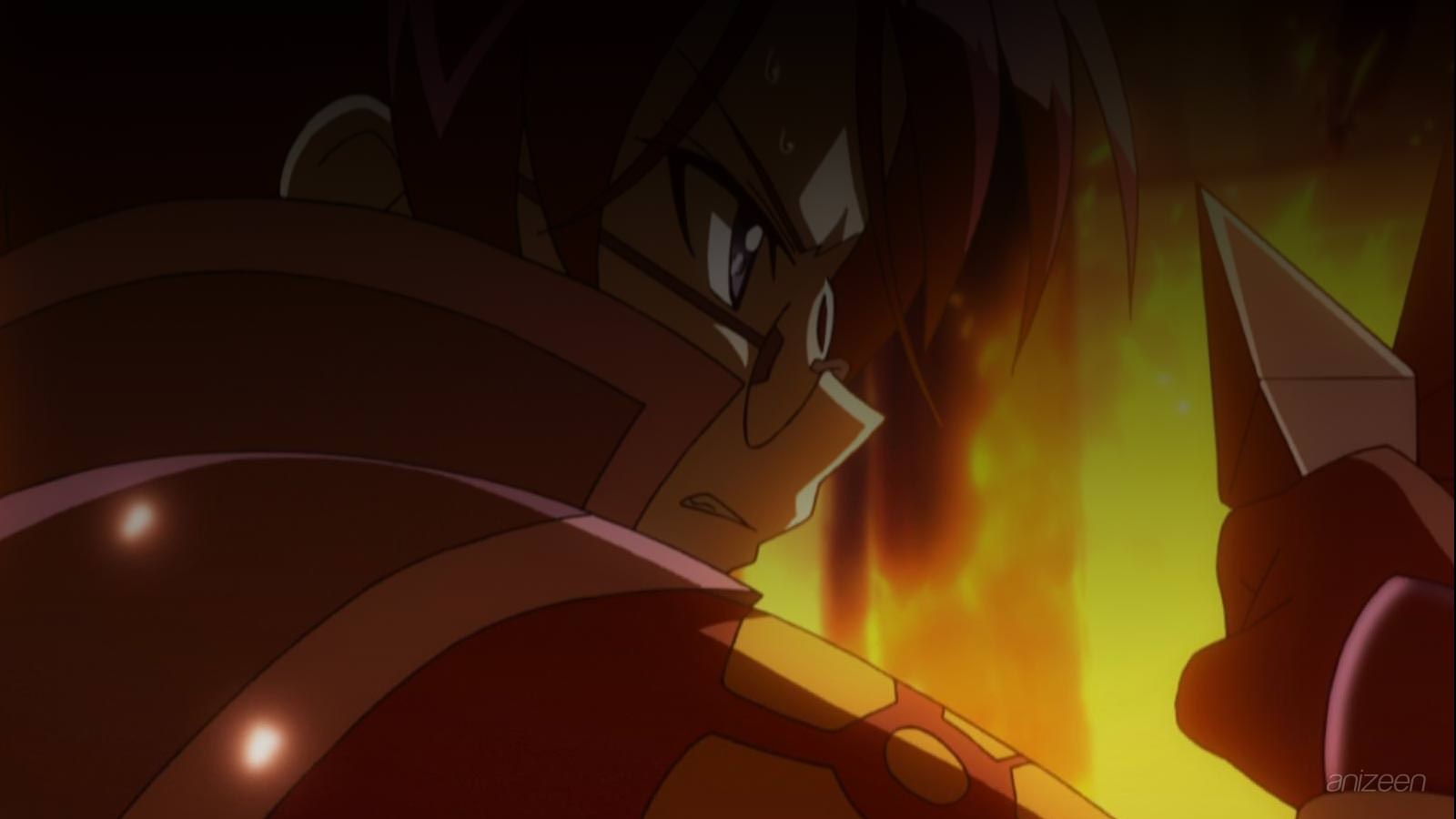 Yoshino “Hideyoshi” Hide is an average student who has to brush up on her history knowledge for a test in order to avoid summer classes.

As she goes to a shrine to pray for her success, she spots a woman performing a strange ritual inside the shrine. When she is spotted, she clumsily stumbles towards the woman and they both disappear.

When Hideyoshi comes to, she finds herself in a forest and discovers a blazing village, where a warrior resembling her friend Akemi is fighting against some vandals before a scantily-clad mysterious woman saves her.

Once find out, two women take Hideyoshi back to their palace, where they introduce themselves as Nobunaga Oda and Mitsuhide Akechi, and become curious about the technology Toyoomi has.

With Toyoomi seeming to think that she has warped to the Sengoku period, but with historical figures portrayed as women, Hideyoshi attempts to leave to find her way home, but gets lost and is retrieved by Nobunaga.

Nobunaga reveals her ambition to gather the pieces of the Crimson Armor, and Hideyoshi innocently agrees to help her. The episode ends with Toyoomi approached by a a helmet-wearing white puppy who, to her surprise, was somehow able to talk.

Yoshino “Hideyoshi” Hide is a ditsy schoolgirl who finds herself transported to an alternate Feudal Japan made up on women. She often brings a lot of modern ethics to this time, including finding uses for her mobile phone despite not being able to get a reception. She is made Oda’s retainer after showing skill with a staff. She is nicknamed “Hideyoshi” after Toyotomi Hideyoshi.

Nobunaga Oda is a feudal lord who desires to gather pieces of a mystical armor to unite the nations. She is short tempered and violent. She wields a large sword and appears to be able to control flames.

Mitsuhide Akechi is at Nobunaga’s humble aide, who is often bemused at her acceptance of Hideyoshi’s odd behaviour and appears to secretly infatuated with Oda. To this end, she is prepared to do whatever it takes to “make Nobunaga happy”, which is why she is willing to acquire the Crimson Armor set on her feudal lord’s behalf.

Masamune Date is a warrior affiliated with Nobunaga and Mitsuhide, who is secretly Hideyoshi’s teacher from the present. She seems to be assisting with the hunt for the Crimson Armor. After witnessing someone disappear after appearing from a shrine, she decided to go back in time to investigate, inadvertedly bringing Hideyoshi with her.

Kenshin Uesugi is a feudal lord who wields a spear and utilizes lightning. She owns a section of the Crimson Armor and is friends/rivals with Shingen. She appears to be unaware of the power of the Armor.

Yoshimoto Imagawa is a feudal lord whose primary weapon is a yumi. She owned the left leg of the Crimson Armor but lost it to Nobunaga in a game. She is often bored and considers Nobunaga ‘fun’. To her, Tokugawa is nothing short of a cute little sister. In episode 7, she is revealed to be a yuri fan

Ieyasu Tokugawa is Yoshimoto’s retainer, who wields a priestess staff and magic in battle. Despite she lets on to be gentle and obedient, Tokugawa is actually manipulative and also after the Crimson Armor. She bears a resemblance to one of Hideyoshi’s classmates.

Shingen Takeda is a feudal lord who wields a large fan and seems to control wind and fire. She owns a section of the Crimson Armor. Sge is rather awkward in expressing herself. She appears to be unaware of the power of the Armor.

ED ~ Atsuki Ya no Gotoku