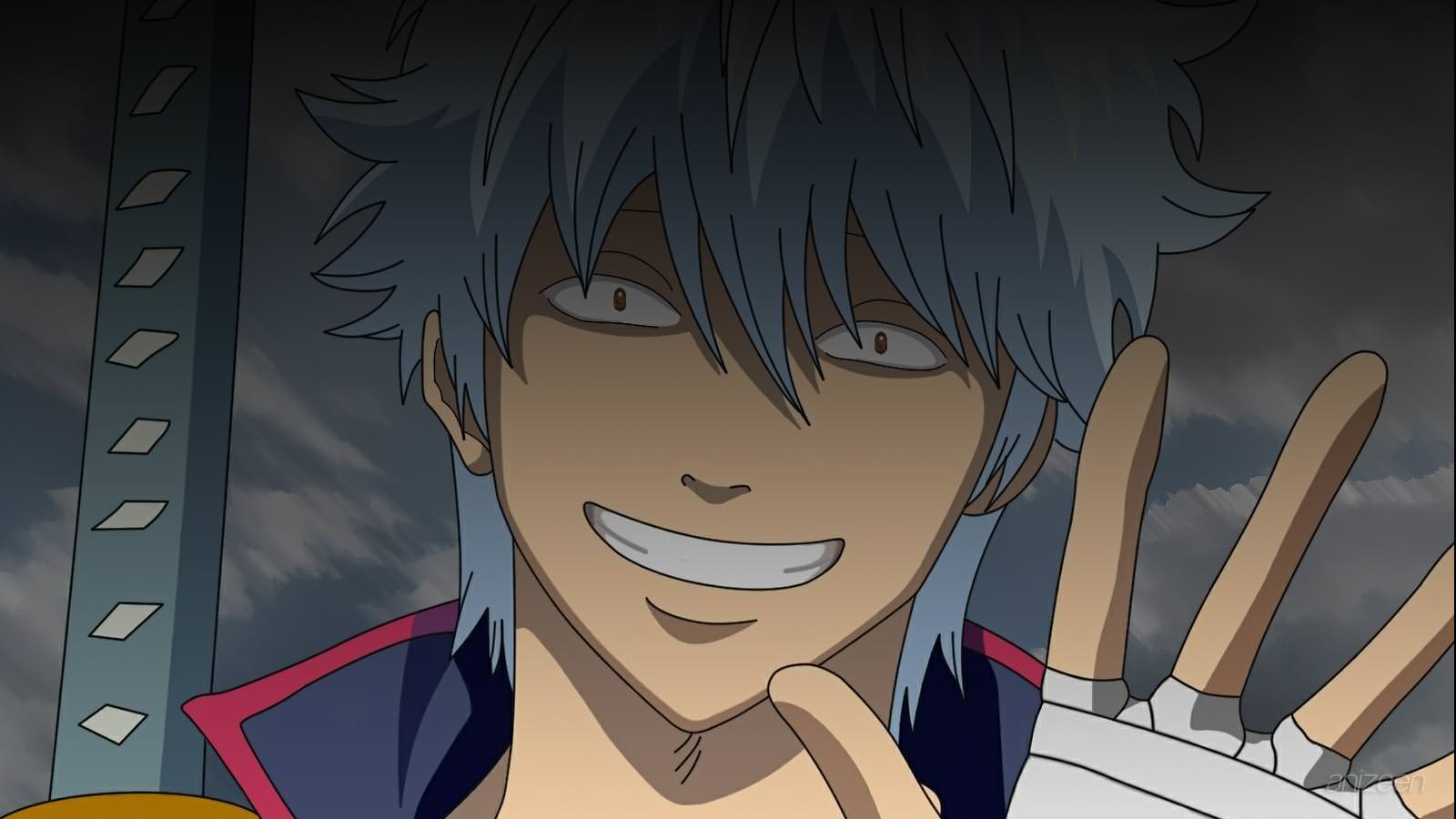 Gintama takes place in Edo, known today as Tokyo, which was conquered by aliens called Amanto in the late Edo period. The samurai of Japan fought the aliens, but after their defeat the Amanto placed a ban on carrying swords in public.

An eccentric samurai, Gintoki Sakata helps a teenager named Shinpachi Shimura save his sister Tae from a group of aliens who want to make her part of a brothel.

Impressed with Gintoki, Shinpachi becomes his apprentice and works with him as a freelancer in order to pay the monthly rent where Gintoki lives, as well as to know more about him.

In Gintama’, Shinpachi returns to the Yorozuya and discovers his friends drastically changed during the break. Feeling left behind, he returns home and discovers his sister, Tae Shimura, engaged to Isao Kondo.

Tae and Kando enlists Shinpachi into the Shinsengumi and reveals that Tae is pregnant. Shinpachi runs to the ocean and laments the sudden change of those around him.

There, he learns about Kyubei Yagyu’s sex change to modify her life. They are interrupted by and Kotaro Katsura who also changed his genre due to his Kyubei’s characters similarities.

As Katsura and Kyubei fight for the title of the best transgendered, Shinpachi leaves to find that the Shinsengumi members also suffered a sudden change in their selves.

Gintoki Sakata is a samurai living in an era when samurai are no longer needed. He is recognized by his natural curly hair and sweet tooth. He often blames his “perm” hair of sorts to be a source of some of his misfortune. Gintoki lives with Kagura and Shinpachi, taking on odd jobs to make the world a better place and to pay their rent. Gin has two major obsessions in life. He is obsessed with sweet foods such as parfait, ice cream and cake. His second obsession is reading the manga anthology magazine Weekly Shounen Jump.

Shinpachi Shimura is a teenager who joins Gintoki’s freelancer business to learn the ways of the samurai. He stays at his family’s dojo along with his older sister Tae Shimura. Both used to live there with their father who died when they were still children. In order to make their living, Shinpachi started working in a restaurant in which he met Gintoki when he was being tripped by aliens. Shinpachi is the captain of the “Otsu’s Imperial Guard“, a pop-singer’s fan club.

Kagura appears to be a normal, cute, human girl in Chinese-style clothing, she actually belongs to the Yato Clan, one of the strongest and most bloodthirsty of the Amanto races.

Gintama`
(銀魂´)
Is a Japanese manga written and illustrated by Hideaki Sorachi and serialized, beginning on December 8, 2003, in Shueisha’s Weekly Shounen Jump. Two original video animations (OVA) of Gin Tama were developed by Sunrise for the Jump Festa Anime Tour so far. An anime adaptation by Sunrise debuted on TV Tokyo on April 4, 2006. In March 2010, Yoichi Fujita hinted the anime will continue once the staff get enough material to work on it. The series premiered in TV Tokyo on April 4, 2011 as a sequel of the first Gintama anime that ended in April 2010.
OP
S1. “Tougenkyo Alien” ~ serial TV drama ep 1-26; “Dilemma (ジレンマ)” ~ ecosystem ep 27-
ED
S1. “Samurai Heart (Some Like It Hot!!)” ~ SPYAIR ep 1-13; “Balance Doll” ~ Prague ep 14-26; “Anagura” ~ Kuroneko Chelsea ep 27-.
WEB