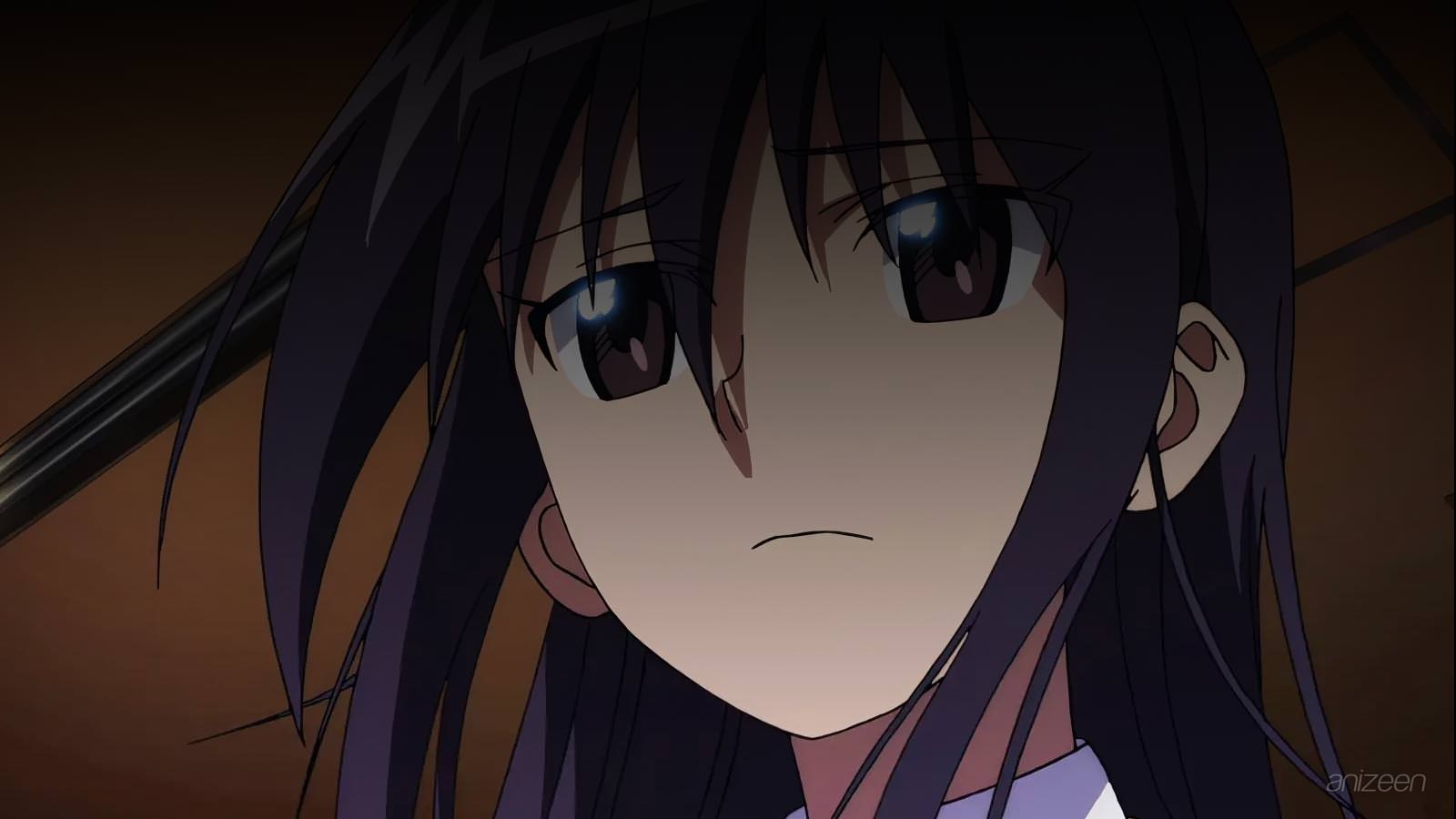 Takatoshi Tsuda is ready to start his high school life at Oosai Academy, a recently turned co-ed high school, where the male to female student ratio is a grossly lopsided 28 to 524.

It’s easily seen as a harem-building paradise, but this recent switchover to a co-ed school will cause several misunderstandings.

He is on his way to Oosai Academy when a girl stops him, she is Shino Amakusa, the student president who doesn’t think twice and reprimends Takatoshi because he is not wearing the uniform as supposed.

Then, the rest of the student council shows up, Suzu Hagimura, the accountant, and Aria Shichijou, the secretary. In the end and without a notice, Takaoshi is forced to join the student council. He is named to be the vice-president, and Shino refers to him as her “right arm”.

Things won’t be easy, specially because Shino and Aria tend to say whatever is on their minds. Who knows what’s gonna happen? Don’t forget this is based in a four panel comedy manga strip, so, the anime is filled with jokes and fast paced.

Takatoshi Tsuda chooses to attend a former all-girl school simply because it is close to his home. The first day at the school, he is forced to join the student council as vice president and male representative. He normally acts as a tsukkomi to Shino and Aria’s perverted innuendo and comments, and becomes so used to it that he would actually feel odd if they did not make such jokes.

Shino Amakusa is the student council president and a second-year student. She is serious and diligent, and talented in most subjects. However, she is almost always thinking of perverted things, even suggesting that one of her main reasons to be interested in Tsuda is curiosity about information not covered in health classes. She is also a very popular girl with a lot of female fans in school, and has a complex about her chest, which is exacerbated by the fact that Aria happens to be more well-endowed than she is.

Aria Shichijou is also a second-year student and Shino’s best friend. She is the most mature character in appearance, and comes from a wealthy family. However, her mind tends to follow the same paths as Shino. She is airheaded at times, as a consequence of being too rich. Being more well-endowed than her fellow student council members exacerbates Shino’s complex about her chest.

Suzu Hagimura is a first-year, 16-year-old genius return student with an IQ of 180. She is the most mature of the characters, but she is very sensitive about her body, which still appears to be that of an elementary school student. Many of the jokes involving her focus on her childish appearance, and causes her to fly in a rage whenever it is mentioned.

Seitokai Yakuindomo
(生徒会役員共)
Began as a four-panel comic strip manga written and illustrated by Tozen Ujiie. The manga began serialization in the June 2007 issue of Kodansha’s Magazine Special and ran in that magazine until the July 2008 issue, where it was thereafter transferred to Kodansha’s Weekly Shounen Magazine starting with the 34th issue of 2008 sold in September. A 13-episode anime adaptation series produced by GoHands and directed by Hiromitsu Kanazawa began airing in Japan on July 4, 2010.
OP
S1. “Yamato Nadeshiko Education” ~ Triple Booking
ED
S1. “Aoi Haru” ~ angela
WEB