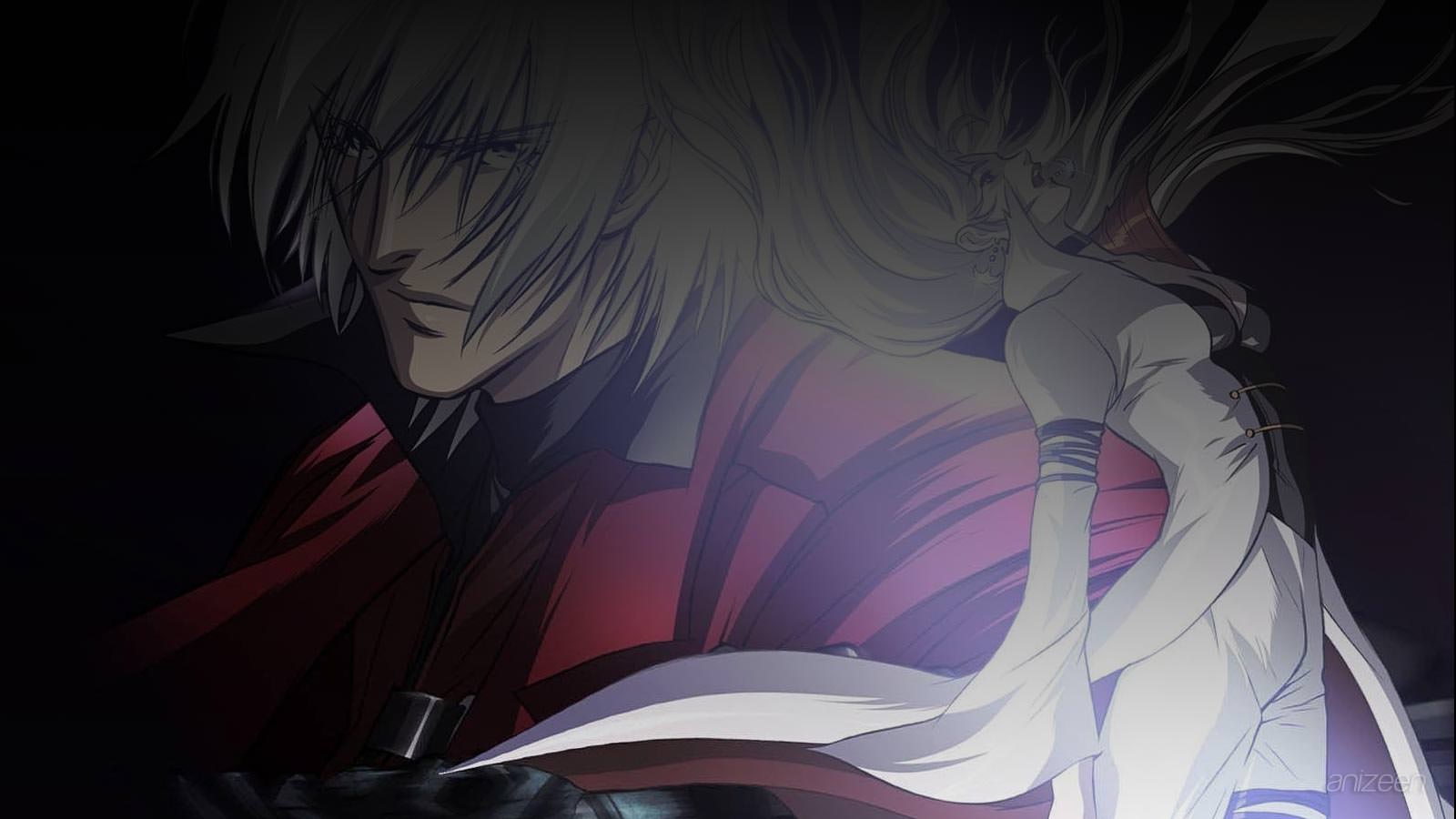 Devil May Cry follows the adventures of the demon hunter Dante who himself is half demon and half human. Dante is hired through his own business named “Devil May Cry”. The series centers on main character Dante’s goal of avenging his mother’s murder by exterminating demons.

In the process, he encounters his long lost brother with whom he develops a dysfunctional relationship. As the series progresses it is revealed that the demon emperor Mundus is responsible for the loss of Dante’s mother and the corruption of his brother.

No official chronology places the events of the show within the current game canon, however characters Lady and Trish, who debuted in the third and first games respectively, appear as semi-regulars.

In the show, Dante runs his devil-hunting business, Devil May Cry, while struggling under constant financial debt. There are also two new regular characters — Dante’s agent Morrison who visits frequently, and Patty Royale, a young orphan girl he saved in the first episode, who visits frequently.

Dante is a half demon, Dante runs a devil hunter service, taking jobs involving the super natural. He has a fondness for strawberry sundaes, pizza, and is constantly in debt.

Trish is a demon created by Mundus in the image of Dante’s mother, she joined Dante after Mundus’ defeat and became his partner. Recently she’s decided to try working on her own, although Dante has given her an open invitation to come back at any time.

Lady is a human devil hunter, descended from the priestess whose blood Sparda used to seal the gate between the human and demon worlds. Dante seems to be in constant debt to her.

Patty Lowell is a young girl who Dante met after she supposedly came into a large inheritance. This turned out to be a sham, and she has since been spending a lot of time with Dante, whether he likes it or not.

Morrison Dante’s liaison. He finds Dante jobs and sometimes helps out with repairs around the office.

Sid is a weak and low-ranking demon, who debuted in the first episode. Throughout the series he acts as the primary villian. His goal, as he revealed in episode 10, is to harness the power of Abigail, a demon who battled Mundus.

Devil May Cry
(デビル メイ クライ)
Is an anime series based on the video game series created and owned by Capcom. It debuted on the WOWOW TV network in Japan on June 14 of 2007, and will run 12 episodes. It is an action-horror series set in the modern day created by Shinji Mikami. The original character designs for Devil May Cry were based on ideas from Hideki Kamiya. The show is produced by the anime studio Madhouse and is directed by Shin Itagaki. Bingo Morihashi, one of the writers for the second, third and fourth games, is also on the writing staff Set in modern times on the fictional Mallet Island, the story centers on the characters Dante and Trish and their quest to confront the demon lord Mundus. The story is told primarily through a mixture of cutscenes, which use the game’s engine and several pre-rendered full motion videos.
OP
S1. “d.m.c” ~ rungran
ED
S1. “I’ll be your home” ~ Rin Oikawa
WEB