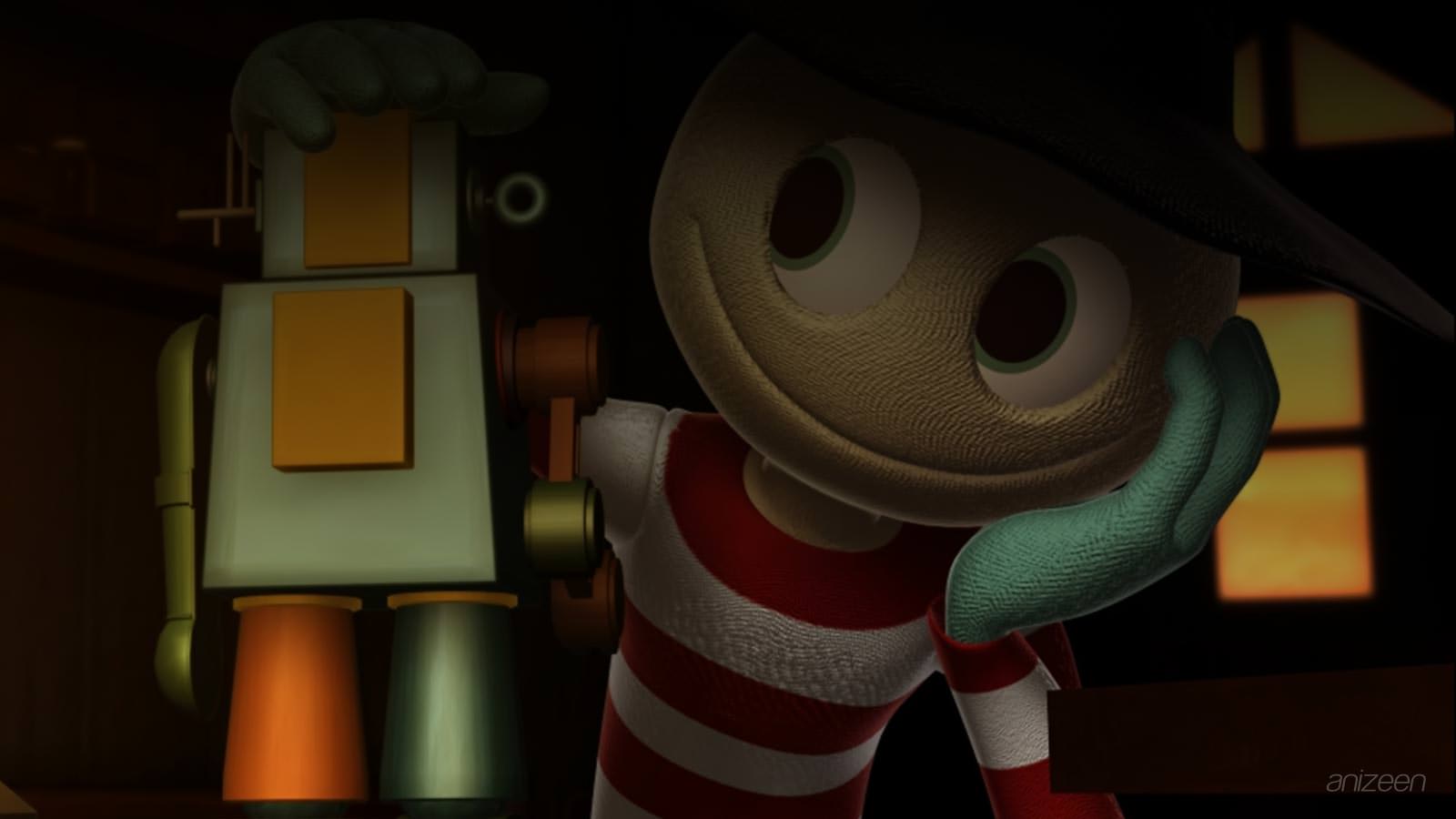 Scarecrowman is a simple fable about a scarecrow who was set on his poll in an old farmer’s wheat field for 20 years. The scarecrow was able to observe and comment to himself upon the goings on in his field, but he couldn’t speak or move. However, on the day of the scarecrow’s 20th anniversary on the job, the old farmer came by, dug out the old scarecrow, and replaced him with a modern new scarecrow. The old scarecrow was put in a barn along with a ton of other broken and forgotten things and forgotten himself.

Then one time during a thunderstorm the barn and the scarecrow himself were hit by lightning. When the scarecrow came to his senses he was fully mobile and could speak. Seeing all of the abandoning things in the barn, the scarecrow decided that he would make it his work to repair all of those broken things, and his first step was to repair a rundown and abandoned house on the hill near the old barn so it could be his workshop.

The scarecrow brought “Ron” back to his workshop and fixed it, and when Alice and her mother came back one day, Alice was thrilled to not only find Ron again, but that Ron was now as good as new. Alice’s mother pondered what had happened, then she looked up at the old house on the hill, and next thing, Alice and her mother were thanking the scarecrow for finding and fixing Ron. When asked his name, the scarecrow decided that he should be called Scarecrowman, and afterwards he worked for Alice’s mother, fixing old items for her curiosity shop.

Scarecrow is an old scarecrow who has been replaced after his 20th anniversary. He finds himself lonely and within a barnyard, after a huge tunderstorm, Scarecrow realizes he can move, he will find a part time job with Grace at her curiosity shop.

Alice is a little girl who is searching for an old toy, the toy is all broken, but Scarecrow fixes it for Alice, after that, she became good friend to Scarecrow.

Grace is Alice’s mother, she runs the curiosity shop where Scarecrow will start fixing “everything”.

Mr. Vest is the result of one of the first jobs of Scarecrow, Alice and Scarecrow adopt Mr. Vest as a new friend. Thanks to: D. Baranyi