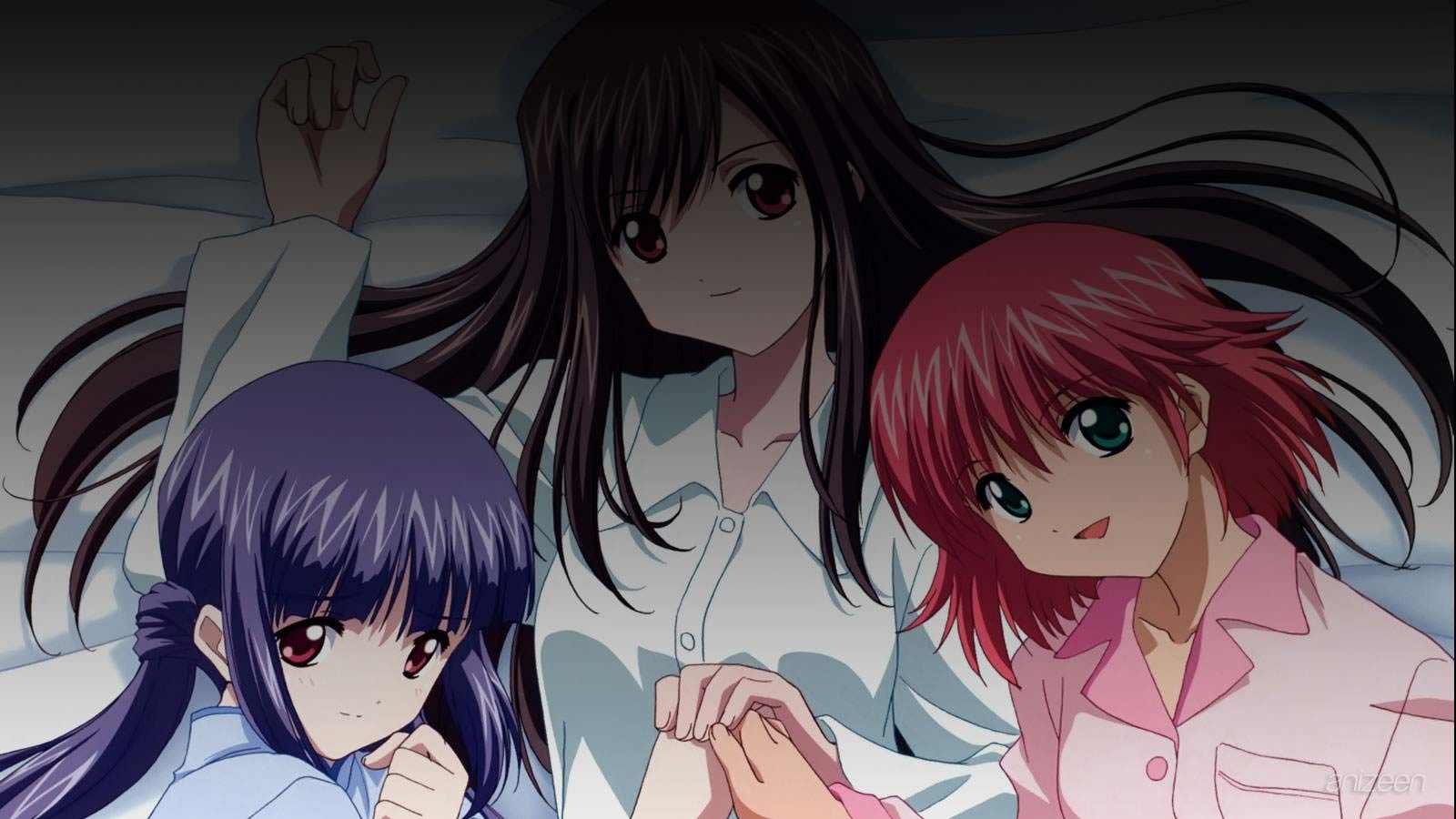 Tokimeki: Only Love centers on one male student, Aoba Riku. The episode opens with Riku being chased down the hall by an enormous gang of boys, most of them wearing various animal ears. The story unfolds through flashback in Riku’s moments of peace when he finds a hiding spot.

At the beginning of the day, he is introduced to the school by the principal’s rather buxom secretary, who tells him that the theme of the school is freedom.Riku is curious, and he asks many people over the course of the day what that means, but only gets shifty looks in reply.The animal ears are also a mystery to him, but it seems they are given as rewards for various activities.

Having a more rare set is an indication of social status, as Riku finds out when he is loaned a pair of special cat ears by the student body president, who is up to no good.

He is effectively made the target of a zany chase, the prize for which is the email address of the most sought-after girl in school, the one who Riku naturally developed a crush on as soon as he entered the classroom.The episoden ends with Riku finding said girl underneath a tree, and earning a kind smile from her.

Riku Aoba is the main protagonist of the story. A second-year student at class 2-A. Before transferring to Tsugumi, Riku used to live in a snowy harbour in the northeast of Hokkaido. He is often a target of a series of bizarre events and races administered by the school council. Also, he is the object of affection in the eyes of the three main heroines.

Sayuri Amamiya is one of the main heroines. A second-year student at class 2-A and Riku’s classmate. Graceful and intelligent, Sayuri is an extremely popular girl at school, and is talented in academics and sports, often being the subject of admiration from several of the school’s male students. Numerous legends have been told of the greatness of her actions in the past year. She is deeply in love with Riku, though she has been hiding her true feelings from everyone’s knowledge, including Riku’s.

Tsukasa Kasuga is one of the main heroines. A second-year student at class 2-B, Tsukasa is a highly skilled member of the school’s volleyball team. She is a believer in destiny, and falls in love with Riku almost immediately after bumping into him one day.

Mina Yayoi is one of the main heroines. A first-year student at class 1-C, Mina is a member of the school’s swimming team. She loves dolphins and is quite shy. Riku first meets her in the school library, helping her reach a book about dolphins, and later coaches her to help improve her swimming times. She is secretly in love with Riku, though she is very nervous to confess her true feelings to him.

Yuusuke Kayama is Riku’s classmate and friend. He collects and stores data on several girls of the school on his laptop, and often has numerous legends about Sayuri to share with Riku and his friends.