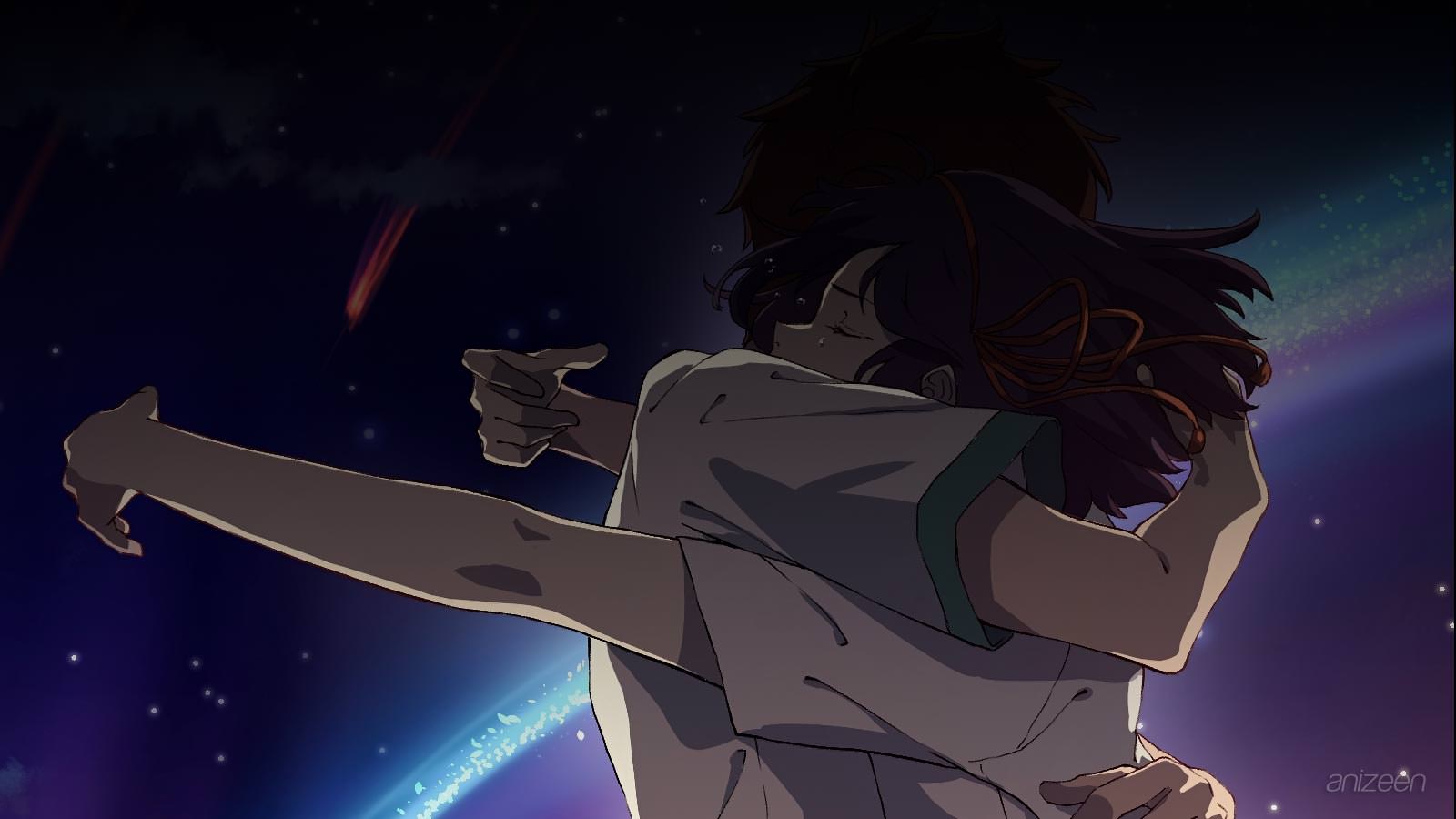 Mitsuha has become bored of life in Itomori, a town in the mountains of Hida region in Japan. She is a high school student, but also a shrine maiden at her family’s temple. Her father abandoned the temple after his wife died, and now is the mayor of the town, seeking re-election.

Lately, she has dreamt living as a teenage boy –named Taki- in Tokyo, but one day everything becomes complicated. She sees a message on her notebook asking, “Who are you?” At the same time, her friends and peers react at her strange behavior the previous day, asking if she does not remember.

On the other hand is Taki, the teenage boy from Tokio, who shares thoughts and life with Mitsuha, she is having so much fun, thinking it is just a dream. After a while, they realize they are able to swap bodies when they wake up, and start communicating with each other by leaving notes.

In Mitsuha’s body, Taki accompanies her grandmother and sister to leave the ritual alcohol -or kuchikamizake-, as an offering at the shrine on a mountaintop outside the town. Mitsuha prepared the alcohol, and is believed to represent the body of the village guardian god who rules human experiences and connections.

Mitsuha’s latest note tells Taki about a comet expected to pass Earth on the day of her town festival. Taki does not understand the message. Later that night, he decides to call Mitsuha, unfortunately, there is no mobile signal.

That day, the body switching ends. Without further news from Mitsuha, he decides to visit her hometown, but has no recall of the name, just a strong memory of the town. He decides to draw a sketch of the town, showing the main buildings and the huge lake in front.

Somehow, he is able to locate Itomori, but the results are shocking. In denial, he will try to contact Mitsuha, trying to change her fate, and his.

This is a touching story; I will not tell you the details and urge you to watch it. Right now, it is available in Netflix.

Kimi no Na wa.
(君の名は。)
An anime drama film written and directed by Makoto Shinkai and produced by CoMix Wave Films. The film was produced by Noritaka Kawaguchi and Genki Kawamura, with music composed by Radwimps. It premiered in Japan on July 3,2016. It is currently streaming in Netflix.
OP
S1. “Yume Tourou” ~ RADWIMPS
ED
S1. “Nandemonaiya” ~ RADWIMPS
WEB