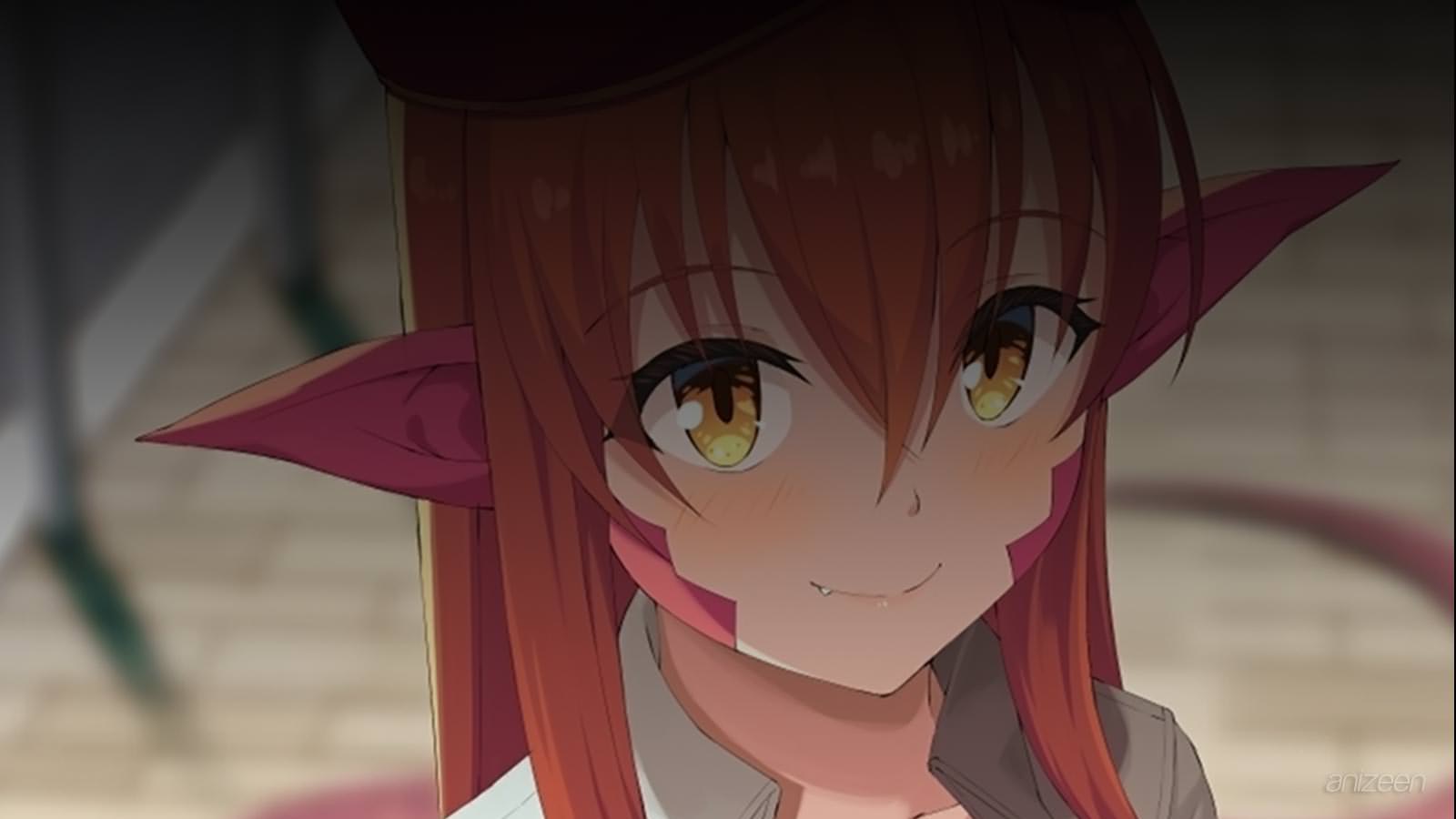 Diversity, isn’t it great in so many ways? Of course, if you have to interact with monsters it might be a different story.

For Kimihito Kurusu, life has changed a bit, now he has been forced to become a volunteer in the cultural exchange program between humans and sub-species. Kimihito doesn’t have a clue why, but now he is living with a Lamia, a half human, half snake sub-species, named Miia.

As a cold blooded creature, Miia has issues when the temperature is low. At night, she tends to sneak into Kimihito’s room and she is not shy at all, she wakes up hugging him, or as you could expect, strangling him.

In the morning Miia has a difficult time waking up, her temperature is low and needs a warm bath to feel better. For Kimihito, this has become a big problem, he is usually dragged by Miia, who seems to have enough strength to kill him at any moment.

Rules are strict, and Kimihito and Miia must understand they are in a delicate position, that critics will arise and they must contain their emotions at all time.

One day, Kimihito and Miia visit downtown, she is very excited, it is a date she has been waiting for. And now she wants to have fun and learn something new about humans.

Unfortunately, she drags too much attention and begins to be harassed by the people nearby. At one moment, Miia is about to explode and hurt somebody, if she does it, she will be expelled from the exchange program.

Kimihito makes her run away, trying to avoid more problems, but he ends up at a hotel. Miia seems to relax and forgets the bad moment. Suddenly, someone breaks in, it is Sumisu and her team, making sure no one is breaking the rules.

Sumisu realizes it is Kimihito and Miia and tells them to go home, but at that moment the guys who were making mock of Miia return and begin to molest her. Miia is about to teach him a lesson, instead, Kimihito steps up and hits the guy. In the end, Miia is just another girl, and deserves to be respected.