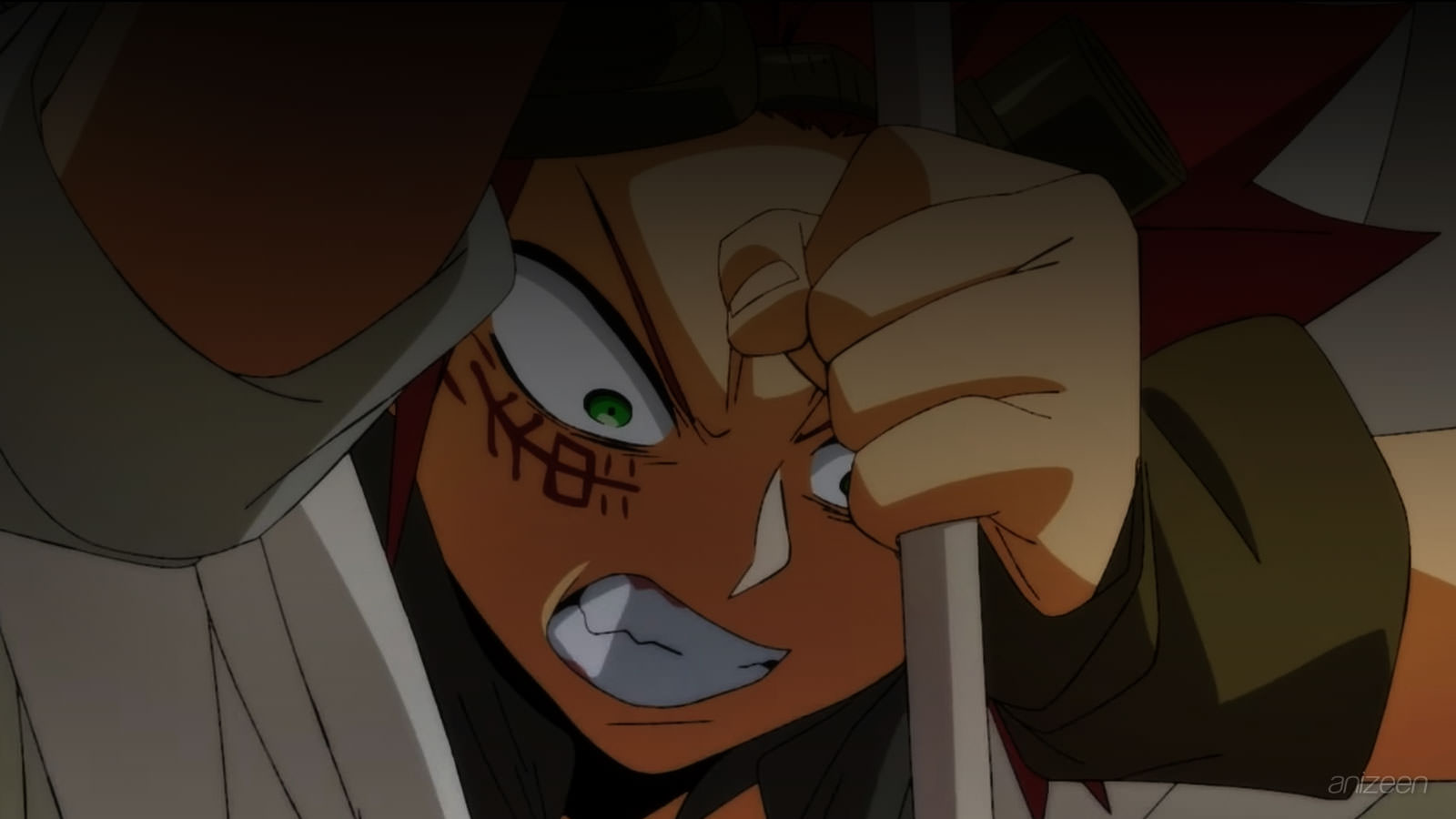 Full devastation has reached Tokyo, and a great explosion has wiped most of it, including its inhabitants.

Time later, the survivors writhe in the dust and hide in cities full of disparity, poverty and criminals.

Despite this, there are some people who continue their lives and help others, such as Milo, a doctor from Imihama who seeks a cure for the greatest threat of these times, an oxidation that rust away infected humans and causes them a slowly and painful death.

Milo treats everyone the same, and although he could work in the local government, he prefers to stay away from that hustle and concentrates his efforts on healing his sister Pawoo, who has already been infected and has clear complications in her health.

Meanwhile, on the outskirts of the city, a man is seen asking for access. It is very rare that someone crosses the desert to that point, so the customs staff have some technical problems before registering him.

The man claims to be a priest, and he preaches his word from town to town, and at the same time performs certain services, and in this occasion, he carries the bodies of several dead to their final resting place.

The world cannot relax before such strange pandemic, even worse, it is said that there are terrorists spreading the disease through different fungi.

By the way, Milo is very interested in these mushrooms, since he believes that some of them could be used to synthesize a medicine that would help the sick, like his sister.

It turns out that the man who entered the city is named Akaboshi Bisco, and is considered by the authorities to be a terrorist, capable of creating mushrooms out of nowhere and has been attacking several cities, using those as projectiles.

That night, chaos breaks loose, as Akaboshi begins shooting his arrows at half the town.

At that moment, Milo is talking to the mayor of the city, and cries of desperation begin to be heard as he ends up surprised by Akaboshi, who stands in the middle of the street as he jumps on a huge mushroom.

Returning home, Milo brings a good number of mushrooms with him, and hopes to continue his research with those. Out of nowhere Akaboshi appears behind him, asking him if he really thinks he can create a cure for the disease that plagues mankind.

Sabikui Bisco
(錆喰いビスコ)
A light novel series written by Shinji Cobkubo and illustrated by K Akagashi. ASCII Media Works published it in their Dengeki Bunko label since 2018. A manga adaptation with art by Yuusuke Takahashi has been serialized via Manga UP! Since 2019. An anime adaptation by OZ premiered in January 11, 2022.
OP
S1. “Kaze no Oto Sae Kikoenai” ~ JUNNA
ED
S1. “Houkou” ~ Ryouta Suzuki & Natsuki Hanae
WEB