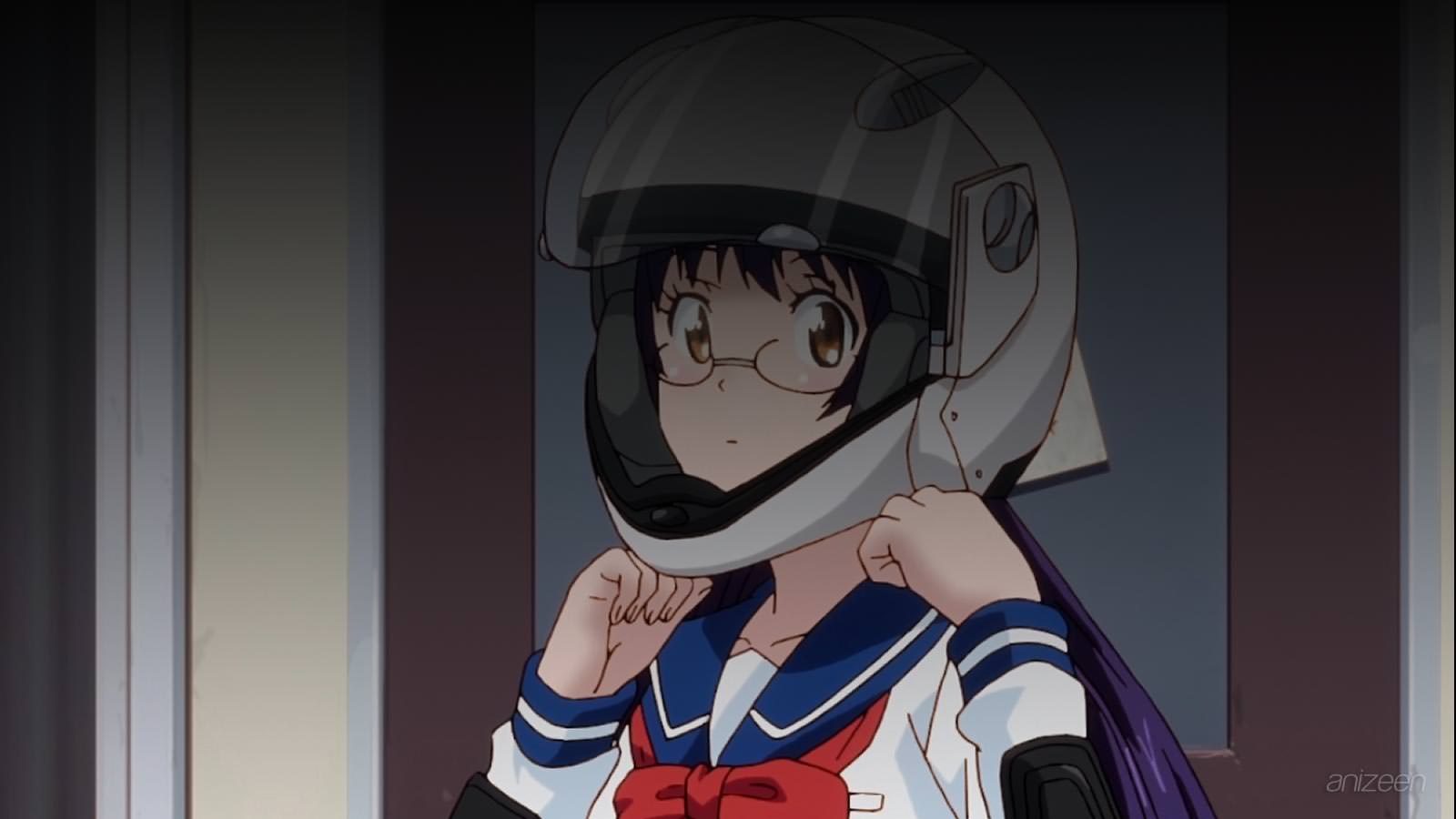 Onsa Amano is really happy, finally she is starting her high school adventure. She has worked hard to enroll into a very special school, where she can run her bike and be part of the motor club.

The first day has come, and she jumps into her bike with a big smile on her face. In the meantime, Sakura Hane is having a hard time riding her bicycle, but once she sees Onsa riding her bike she gets fired u and starts pedaling frantically.

Sakura is amazed to see a motorbike at school and introduces herself to Onsa. As Sakura admires the bike, Onsa tells her she should get one and stop sweating every morning.

Onsa invites her to join the bike club with her. After school they attend and meet Raimu Kawasaki wearing a helmet.

After their introduction, Onsa is a bit hesitant and hopes Sakura is interested in the club before joining.

Raimu takes Sakura on a ride with her, and she begins to enjoy the experience. Onsa tries to think a way to convince Sakura, but in the end there is no need at all.

As she returns home she says she will start practicing and studying to get her license. Sakura is a beginner and lifting the bike becomes her first trouble. For some reason, she tries very hard and find out she can communicate with the bike.

On her final exams she finds out one of her classmates, Rin, is participating and doesn’t hesitate to invite her to the club.

Rin is really emotional about motorcycles and almost immediately ends up having a discussion with Onsa.