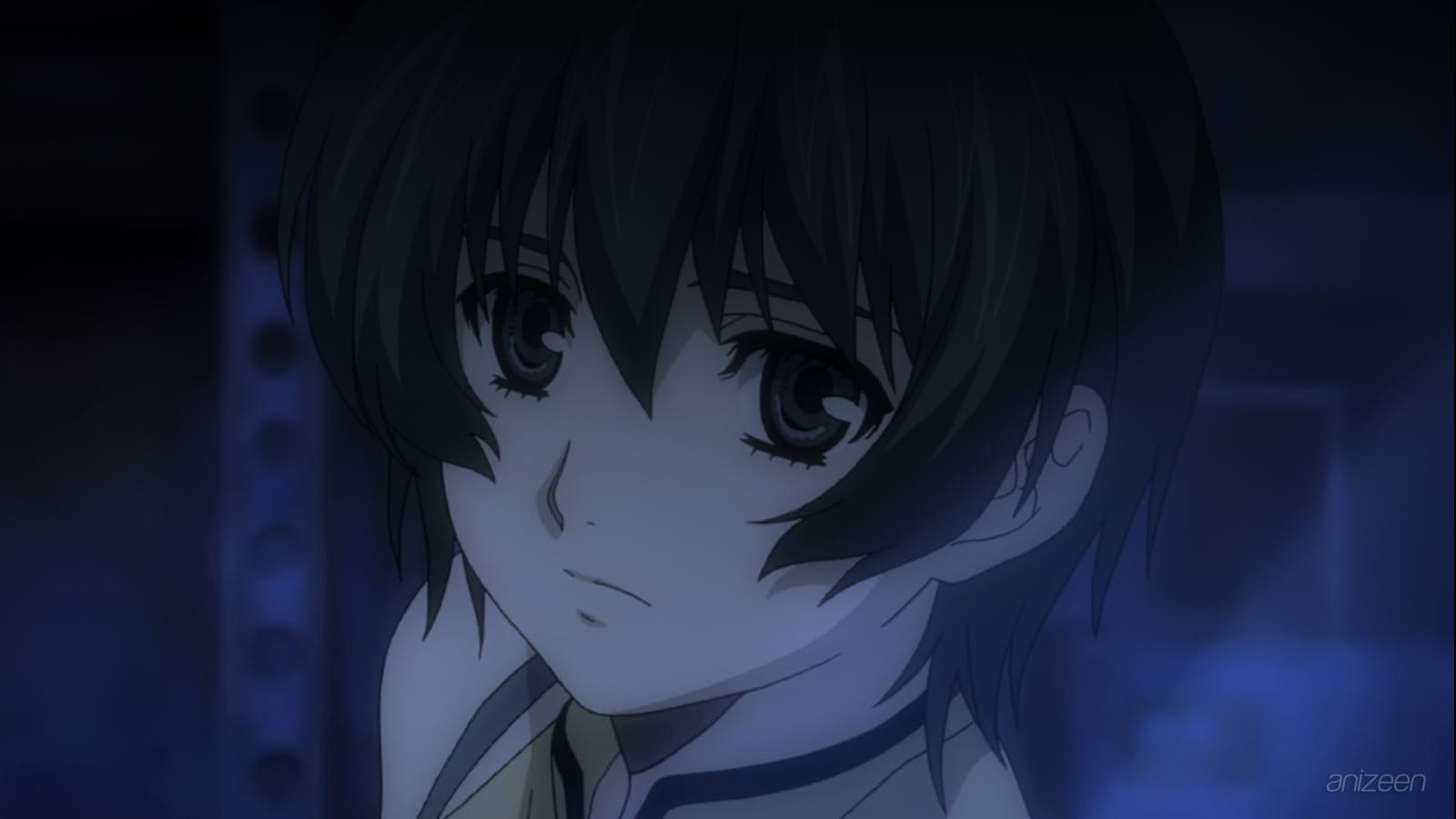 A secret organisation called Inferno has two assassins, the aptly named Ein and Zwei. Zwei is an amnesiac teenage boy who has to look in the mirror to realise he’s Japanese, and Ein is one of those eerily calm-yet-sweet assassin girls.

Zwei wakes up in a nearly empty room, with almost no memories of the past and no memory of what his name is. The only thing he can remember is a masked girl pointing a gun at him. As he uses some steel bars that were in the room to break out of the room, a pair of scientists elsewhere monitor him, remarking about his amazing ability.

A girl known as “Phantom” attacks him. Phantom tells Zwei that the only way he can live is to fight seriously, and she opens fire on him. The man tries to run away, but is eventually cornered. There, the girl tosses away her gun, grabs to knives, throwing one to the man.

Phantom opens up by beating up Zwei pretty badly. However he soon slides and grabs Phantom’s knife. At this point, he has a vision of a an empty swing set, with the girl speaking about how she has no memories, and wants to escape the “empty freedom” of murder. When he snaps back from the dream, the man almost kills Phantom, but he stops, and walks away.

Zwei opens the door of the hanger they were in, only to find that they are in the middle of nowhere. The girl shows back up and tells him that his name is Zwei, while her name is Ein, after that, Ein shoots him with a tranquilizer gun.

A woman, named Kuro, and the scientists then show up, and they talk about how they use drugs and hypnotism to brainwash the assassins for Inferno, the organization they work for.

Zwei was a perfectly ordinary tourist from Japan, before witnessing an Inferno assassination in America and being kidnapped. He was able to elude his pursuers long enough for them to realize he had a natural survival instinct that was perfect for an assassin. He had his memory erased through a combination of drug and hypnotherapy. The name Zwei is simply a code name to show he is the second experimental assassin created by Scythe Master.

Ein is an assassin with such skill she was given the codename “Phantom”, a designation given only to the best killer in Inferno. She was found by Scythe Master and was his first test subject to be given his assassin-processing treatment. She has no memories of her past and is incredibly apathetic. A long and rigorous investigation by Ein and Zwei traces her history back to Ulan Bator, Mongolia, and though the trail manages to stop there, Ein is able to find some peace in the area.

Phantom -Requiem for the Phantom-
(ファントム ~Requiem for the Phantom~)
Is based in ia visual novel game created by Nitroplus. Along with Kadokawa Shoten, they have adapted the story into an anime series produced by BeeTrain under the direction of Koichi Mashimo. The series went on air on April 2, 2009 on TV Tokyo.
OP
S1. “Karma” ~ KOKIA; “Senritsu no Kodomotachi” ~ ALI PROJECT
ED
S1. “Gates of Hell” ~ ALI PROJECT; “Transparent” ~ KOKIA
WEB