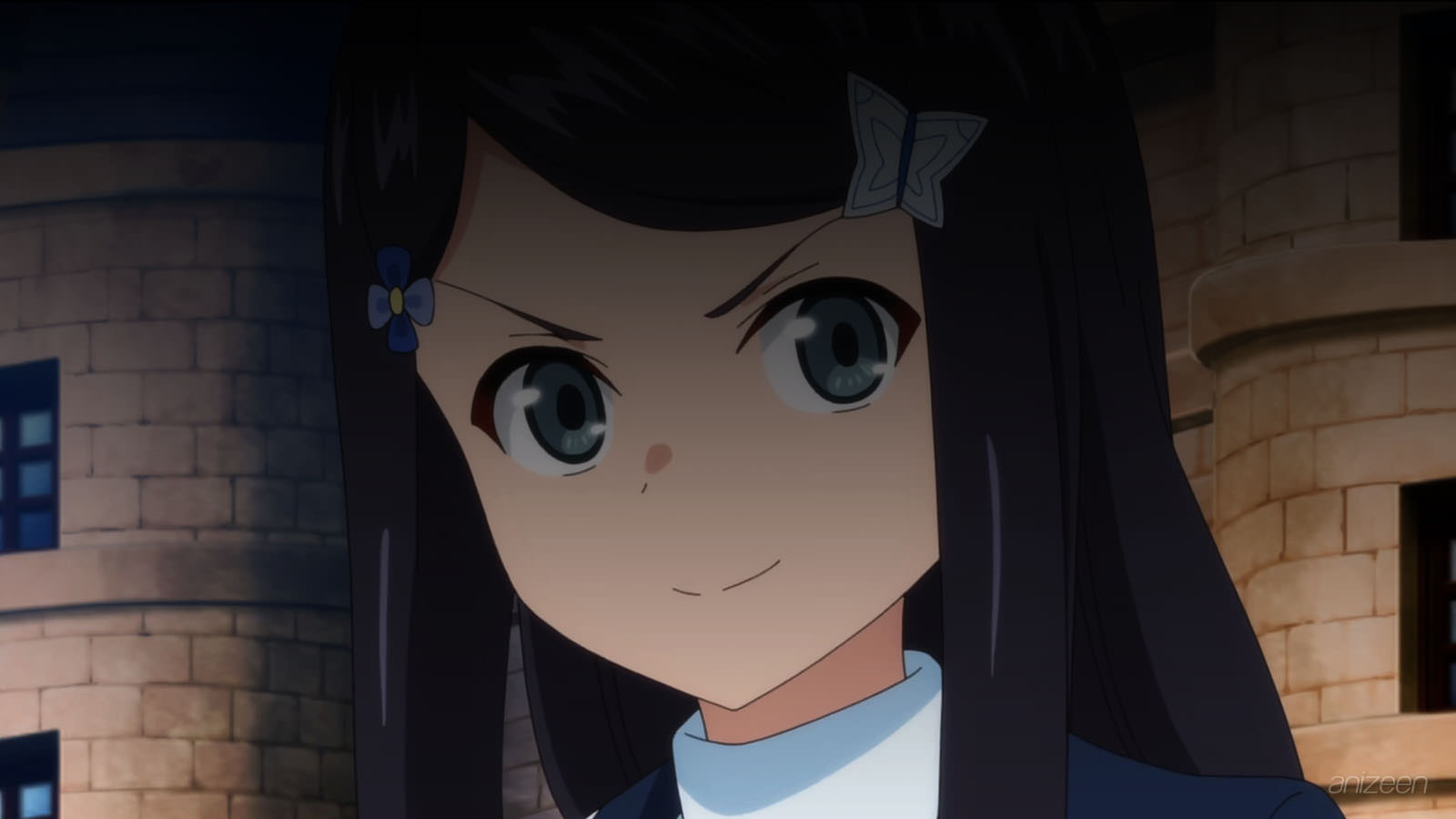 Mitsuha is a good student, and surely she will be able to enter the university of her choice, however, one day her life changes completely, and after an accident she loses her parents and her admired older brother Takeshi.

Unmotivated, Mitsuha continues with her life, until the day some boys bother her, and at the moment she defends herself, she ends up falling from a cliff. All seems lost, but in her mind the girl is clear that she does not want to die.

In that moment of despair, she wants to continue living, and while squeezing her hand she digs her nails and listens someone complain about it, at that moment, Mitsuha loses consciousness.

Later, surprisingly, the girl wakes up and when she checks her body, she doesn’t find any broken bones, and her only wound is the one she gave herself in the hand.

Mitsuha tries to find the reason for what has happened, and at that moment she remembers the words of Takeshi, who was a fan of fantasy, and also quite intelligent.

From his words, Mitsuha deduces that if she is still alive, then she might have ended up in another world. Although she feels somewhat sad for not having her family, she decides to continue living on their behalf and now is determined to find something to eat.

As the days go by, Mitsuha realizes that life in nature is not that easy, and fortunately, one day she runs into Colette. She sees her collapse and decides to take Mitsuha to her home and take care of her.

Waking up, Mitsuha discovers that she can’t understand their language, but is somewhat able to express how grateful she is after Colette’s family saved her and now share something to eat with her.

The next day, Mitsuha wakes up with a lot of spirit and energy, even her wound has healed faster than she could imagine. She decides to leave the house and runs into Colette, who is glad to see her.

Mitsuha is settled to help Colette do her chores in the forest, and the two girls head out of the village to find some mushrooms to eat. But halfway through their search, a pack of wolves begins to stalk them.

Again, Mitsuha remembers her brother, who once defended her from a dog, or at least that was his story, after all it had a leash tied around its neck.

The young woman helps Colette to climb a tree, but instead of going up with her, Mitsuha decides to drive the wolves away from her new friend. However, while she runs, she trips and becomes helpless, not wanting to die crosses her mind once again, and she wishes to return home with his brother.

At that moment, she vanishes and appears inside Takeshi’s room. Mitsuha doesn’t quite understand what’s happening, but apparently she has been able to return to our world. She immediately begins to think about what she could bring back to help Colette.

For an instant, she hesitates to return to that world, where she could end up eaten by wolves, but she remembers that her brother would always protect a pretty girl and she decides to do it.

Without hesitation, Mitsuha defends Colette from the attack of the pack of wolves, and in an instant she ends up killing one, while the rest flees the place. Seeing that Colette is okay, she loses consciousness again.

In what seems like a dream, Mitsuha runs into a maneki-neko, who tells her that he is a superior being, and that he has been watching her closely, but when she fell from the cliff, they somehow connected and due to the injury in her hand, she has stolen some powers from him.

To begin with, he confirms that she can now travel between worlds, and that it is enough to have a clear vision of her destiny to do it. Apparently, she also has healing powers, which is the reason why she healed so quickly.

Now, this being will start a new journey, but before leaving Mitsuha, he asks if she would like to have something else to start her new life. Mitsuha thinks it would be nice to be able to understand Colette, and she is given the power to do so.

When she wakes up, Mitsuha is back at Colette’s house, but now she can communicate well with her and her family. Colette’s father thanks her for saving her daughter and informs that the wolf’s body has already been processed, and gives her a number of coins as compensation.

At that moment, Mitsuha begins to do the math, and that if she is able to travel between worlds, she might be able to go into business. Thus, she believes that if she collects a sufficient amount of money in both worlds, she can secure her future and live a carefree life.