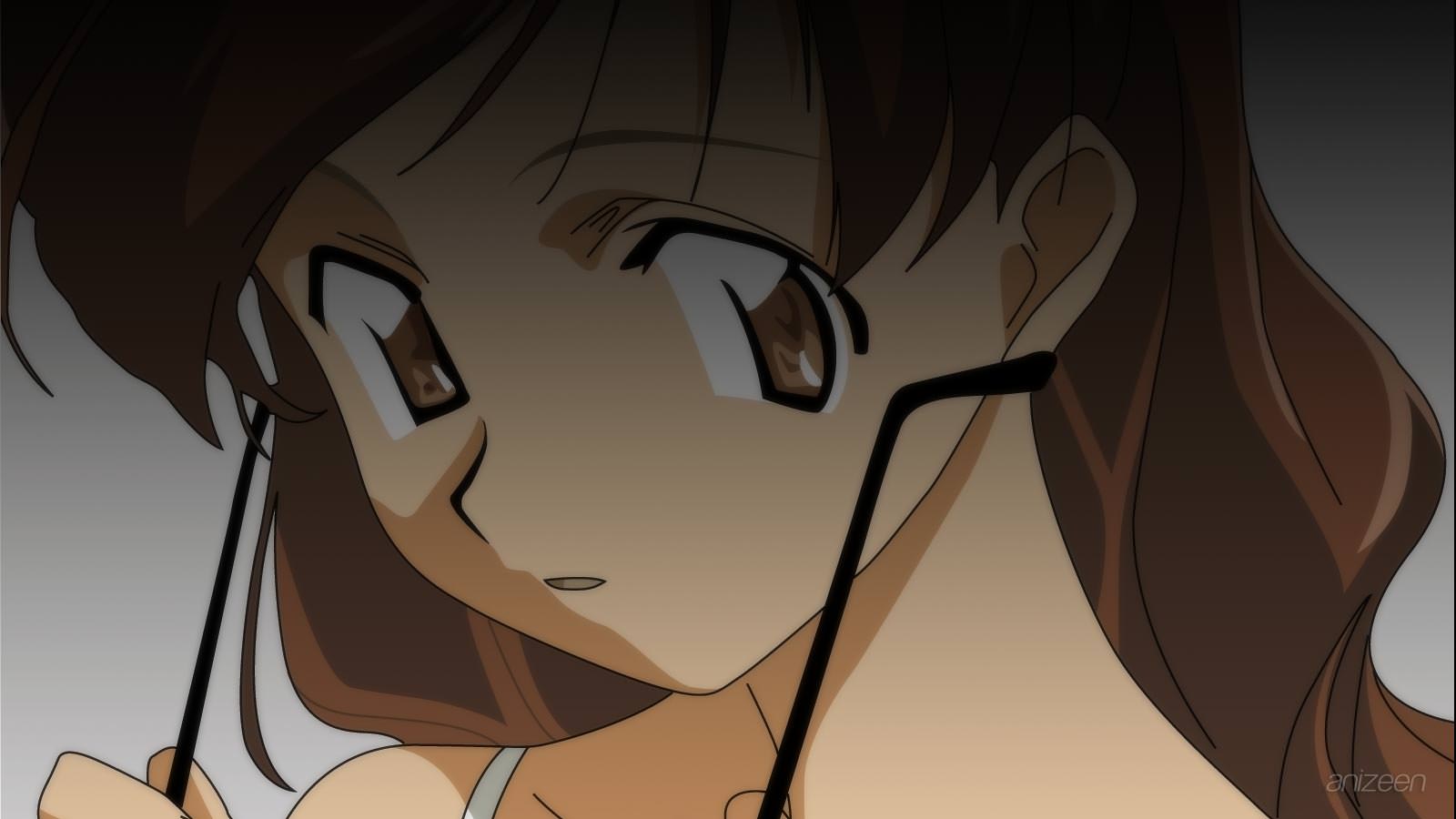 In 1997 an unusual meteorite lands in a lake in Japan. Twenty years later 17 year old megane-ko Chinami Ebihara leads a very, very low tech life, particularly when you consider that her dad is a techie and her mom an executive. But Chinami has none of the “necessities of life” – no cell phone, no pc, no smart cards – nothing electronic. This is because Chinami “interacts” at short distances with any electronic equipment, causing it to malfunction.

Chinami and her parents have kept this a secret, but this has made Chinami a very nervously self-conscious girl who tries her best to stay away from electronics and has developed a habit of apologizing to anyone very quickly. But Chinami lives in a Japanese city in a Digital World, and there is no way that she can do the “usual” things without interacting in some manner with all of the electronic and electrical infrastructure that is around her at all times.

In the year 2017, the Ebihara family moves yet again. So, Chinami transfers schools once again, now in 2nd year high school. Fortunately for her she makes an immediate friend in classmate Keiko Komatsuna who shows her around the school. But problems start as the class techie-freak Kotaro Kannagi develops an interest in Chinami and “in her body”.

Chinami Ebihara is a clumsy 17 year old girl. She wears glasses and her high school uniform. She likes to read and garden. She is unable to use electronics because of her ability to emit electromagnetic waves from her body, but they are not released unless she’s embarrassed, scared, or nervous. One way of controlling her power is by doing multiplication to calm herself down, but she is unable to control herself from releasing EM waves in the first place. Later, Chinami develops a crush on Kotaro.

Kotaro Kannagi is an absent minded genius in Chinami’s class. He is the head and only member in the Science Research club and can always be found in the club room. He is very interested in Chinami’s ability but hasn’t shown any love interest so far. He is also very dense when it comes to Sonomi’s feelings for him.

Sonomi Kujo is Kotaro’s childhood friend who is in love with him. She is very jealouse of of how Kotaro worries about Chinami and often misunderstands the situation. She is also very wealthy and sometimes can be found helping Kotaro with Chinami.

Keiko Komatsuna sits in the seat in front of Chinami during class. She is Chinami’s first friend after she transfered to the new school.

Yuma Saihashi is a Miko who lives at the shrine. She is a lone wolf who distances herself from others and refrains from making friends. During her free time, she gives massages to the elders in the neighborhood but refuses their gifts. Like Chinami, she can emit electromagnetic waves. Her power is not as strong as Chinami’s but she can control it better. Yuma looks out for Chinami and warns her of potential danger.

CODE-E
(代号E)
Is a Japanese anime television series animated by Studio DEEN. It is based on an original concept by Ichiro Sakaki and directed by Toshiyuki Kato. It is scheduled to be 12 episodes and first aired in Japan on July 3, 2007.
OP
S1. “E☆Scandal” ~ Caoli Cano
ED
S1. “Kimi Kara no Kiseki” ~ 君塚麻織
WEB