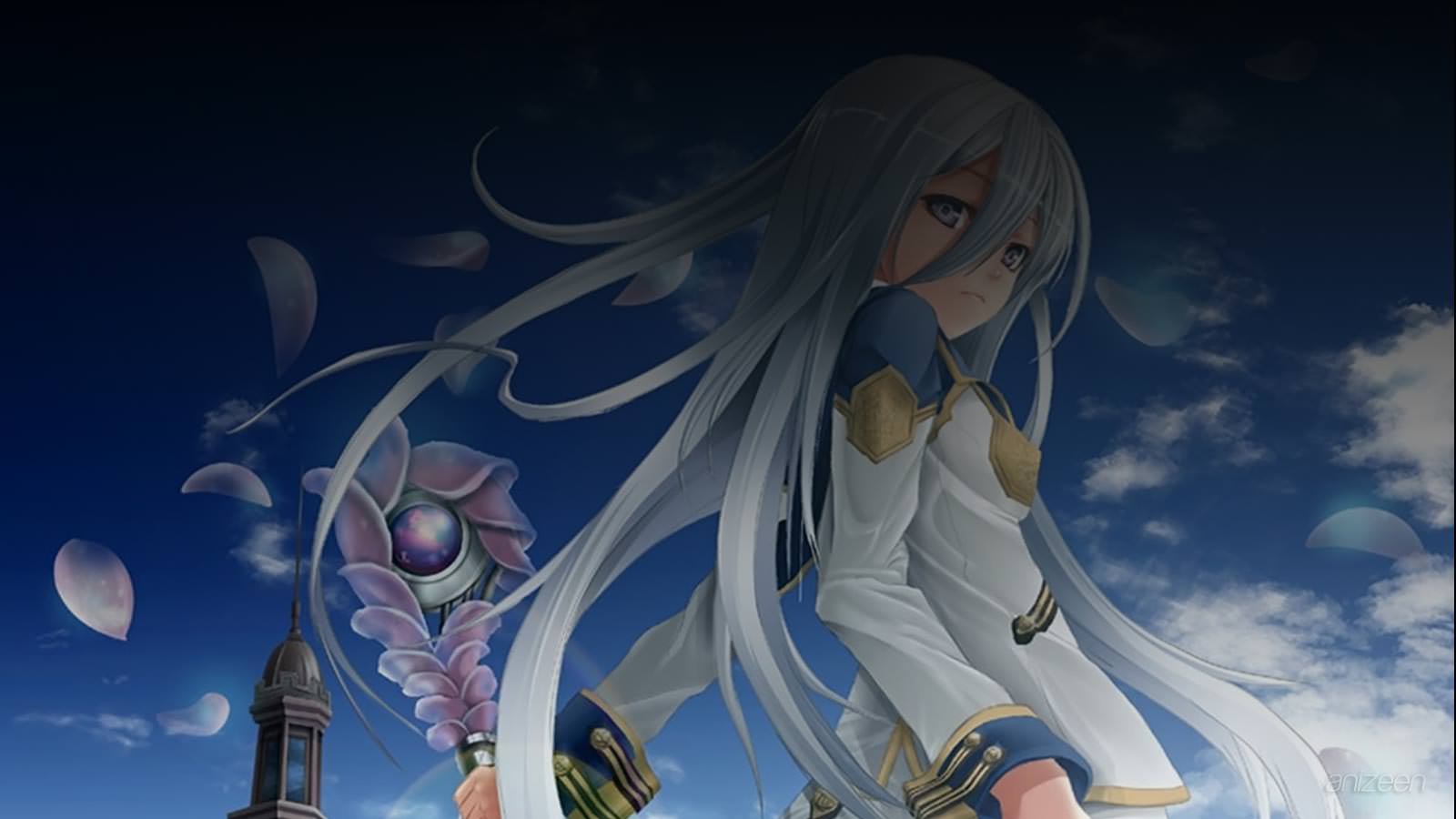 In a post-apocalyptic world overrun with mutated beasts called Limbeekoon or Filth Monsters, humanity is forced to live in large mobiles cities call Regios and learn to harness the power of Kei to defend themselves.

After spending time fighting giant insects, 15 year old country boy Layfon goes to the Big City to attend a Big High School. The Big High School is full of super powered students who are organized into combat units which are the local equivalents of clubs.

In the Academy City of Zuellni, Layfon is hoping to start a new life and forget his past. However, his past has caught the intention of Karian Loss, the Student Council President and Nina Antalk, a Military Arts student and leader of the 17th Platoon, who instantly recognizes his abilities and decides he’s the perfect candidate to join her group.

He then reluctantly joins Nina’s squad, uncertain of what future awaits him and his new teammates within the city as well as the impending dangers in the midst of a plagued world.

However, with a secret past that won’t leave him alone, and unknown powers beyond the academy taking an interest in Zuellni, Layfon joining the team is only the start of all their troubles.

Layfon Alseif was one of the twelve wielders of the Heaven Blades, which are only given to the twelve most capable in the Lance Shelled Grendan. He came to Zuellni with no interest in joining the Military Arts, and came for ordinary studies with just a Scholarship Rank D. However he was forced to join the Military Arts when Karian Loss, head of the student council, saw his combat potential. He has extremely high combat capabilities, as can be inferred from his past as a Heaven Blade. However he deliberately holds back during battles because he wants to hide his past.

Nina Antalk is the leader of the 17th Platoon and forcibly recruits Layfon into her platoon. She seems to get angry easily, especially when one of her squad members are late. She is only in Military Arts because she feels that is the area where she can be the most effective. When she was a child, she had attempted to protect an Electric Fairy from a Hunter. During this incident, she was knocked down a hole and was on the verge of death. However, the Electric Fairy sacrificed herself to save Nina.

Felli Loss is very anti-social and not very talkative and shows little emotion, as pyschokinesists receive a great influx of information in their brains, and their minds can’t handle it if they react to every little thing, and restrict the flow of their nerves unconsciously. Because of this, she has a hard time making common facial expressions, such as smiling. She is also the sister of the head of the student council, Karian Loss, whom she shows great hatred towards, for making her attend the Military Arts section, similar to what happened with Layfon, who she likes to refer to as Fon-Fon.

Sharnid Elipton is a fourth-year student and oldest of the 17th platoon. Sharnid is a excellent sharpshooter who is usually laid back and teases people a lot. His Dite is a rifle and in Episode 6 he obtained two close quarters pistols from Harley in order to take up multiple roles in their small platoon. He wields his duel pistols in Gun Kata like stances.

Harley Sutton is the same year as Nina, and Dite-mechanic of the 17th platoon, who does not participate in combat. He is Nina’s Childhood friend. He is also in charge of creating new weapons for the team such as Layfon’s blades, the modified setting and Sharnid’s rifle and duel pistols.

Machen Trinden is a first year student of the Liberal Arts Department. A gentle and timid girl with long brown hair, she gets extremely shy when she sees or even just thinks of Layfon. She developed feelings for Layfon after being rescued by him at the inauguration ceremony.

Miffy Rotin is a first year student of the Liberal Arts Department. A blonde girl with two pony-tails, she is Machen and Naruki’s Best Friend. Curious and inquisitive, she got interested in Layfon instantly at the inauguration ceremony. Her dream is to be a reporter someday so she work on a part time at the editing team of a magazine called “Lukkun Weekly.” Miffy came up with the nickname “Lay-ton” for Layfon, and since then, Machen, Miffy and Naruki all refer to him by this name.

Naruki Gelny is a first year student of the Martial Arts Department. A tall girl who is a friend of Machen and Miffy. She has a strong sense of justice and belongs to the police department of Zuellni. She became friends with Layfon after he saved Machen at the inauguration incident. Her dream is to become a police officer.

Karian Loss is a head of the student council and Felli’s brother. Willing to do anything to protect the city; he will even sacrifice his own sister to accomplish his goal of spreading Zuellni’s influence.

Savaris Lukence is appears to be one of the twelve wielders of the Heaven Blades, his weapon of choice is a pair of gauntlets. He seems to have little regard for his allies as he would attack a filth monster when Layfon was still on it, but this could have also been because he wanted to test Layfon’s abilities.