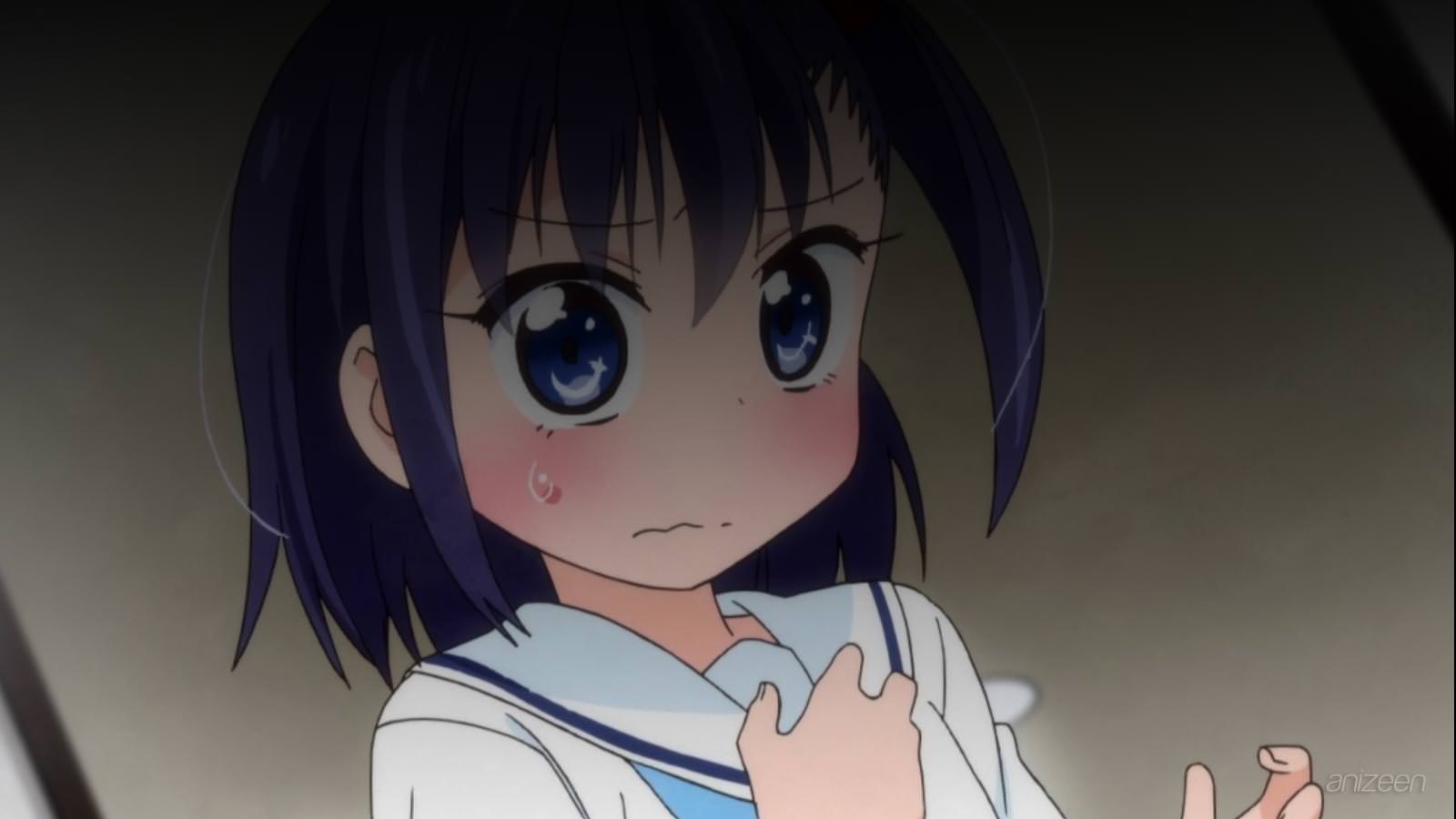 Maeda has moved into his new apartment, he is really happy, especially when a cute girl greets her… he begins to delusion and fantasize, but in the end he finds out she is the landlord.

He is surprised, Chie Satonaka is so young, actually, a middle school student. And she is taking care of the apartment complex by herself.

For Maeda, it doesn’t matter and comes out to thank the landlord and his new neighbor, Reiko Shirai. He gives them a box with something liquid inside, Chie thinks it might be a fancy oil and begins to wonder what she can cook… in the end she received liquid soap, unfortunately, the apartments don’t have a bath to use them.

Reiko doesn’t hesitate and reminds Maeda that she is really young, that he should behave properly all the time. Maeda agrees and also reminds her that just thinking about it might be a felony.

Later, Maeda is once again happy, his landlord and neighbor are with him teaching how to cook.

Chie is teased by Reiko to use a middle school apron, she looks so cute and both, Maeda and Reiko can’t believe it. But Chie has some knowledge and teaches Maeda the correct use for a sharp knife, and how he should protect his hands.

The results are good and Maeda makes it through another day.