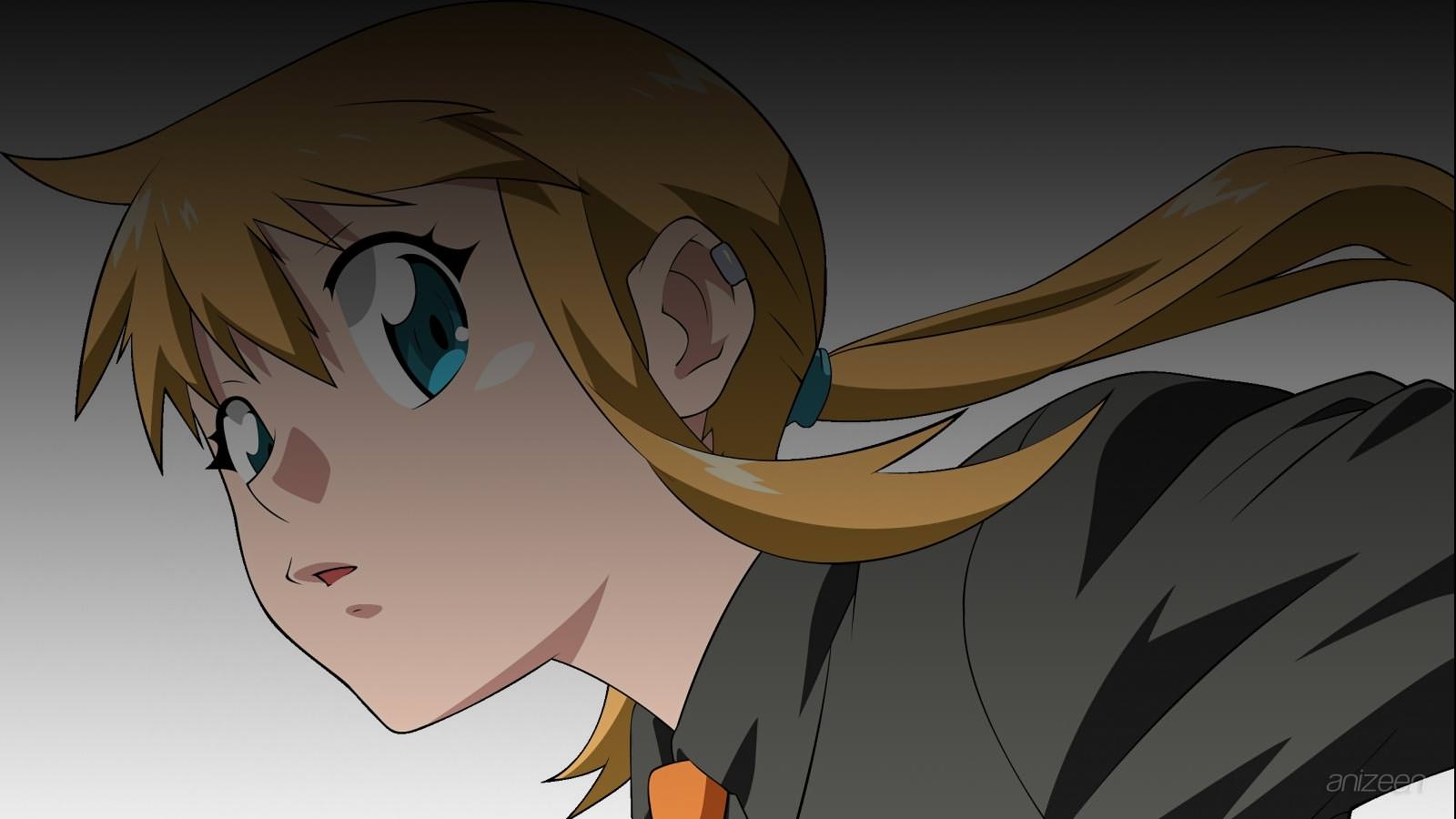 Hyakko takes place in a high school division of Kamizono Academy, a fictional gigantic private institution located in Kyuushuu, Japan, in which the motto is “to bring up talents of students in all departments and fields”.

The little Ayumi Nonomura loses track of her classmates after a class and finds herself lost in the sprawling campus of Kamizono Academy. Ayumi circles and circles and circles but keeps on ending up at the same location. Finally she spots another girl, tall and haughty classmate Tatsuki Iizuka, who she starts to follow, but before long Ayumi realizes that Tatsuki is also lost.

The two are then startled as a girl leaps out of a second story window in front of them. The girl, orange-haired Torako Kageyama, appears at first to make a perfect landing, but then she starts to cry out in pain because she hurt an ankle while landing. Just as Tatsuki is about to call for medical help another girl, Suzume Saotome, leaps out of the same window and lands next to Torako, but without hurting herself. At this Torako declares that her foot doesn’t really hurt much, and the four girls set out to try to find their next classroom.

It turns out that none of the girls have a clue where to go and they wander all over the campus, eventually breaking a window in an attempt to get into a building where the door is locked. But they are caught by a male teacher, and only escape thanks to Torako surprising the teacher with a stunning punch to his midsection. Unfortunately for the four girls, they find out afterwards that the teacher is one of their teachers.

Torako and her friends gradually begin to learn and interact with their classmates in Class 1-6, in which each student has unique and extraordinary personality.

Torako Kageyama is outgoing and usually the instigator of the pack, she is identifiable by the fact that she does not wear a blazer over her shirt and tie like most other characters. She’s a typical trouble-maker, who likes to achieve her objectives in a straight-forward and intuitive manner and doesn’t really seem to mind other people’s circumstances. Because she was absent during the first few days of school, she was unwittingly assigned as a member of the discipline committee. She has an older brother Kitsune, whom she apparently holds in very low regard, and an older sister Oniyuri. It is later revealed that Torako is actually a half sister of Kitsune and Oniyuri.

Tatsuki Iidzuka is daughter to the corporate president of E-lectra, one of the biggest electronics company in Japan, she lives in a modest-looking house with a housemaid, separate from her parents due to her father’s work. Ever the classy one, she tends to use honorific speech even towards her closest friends and is often annoyed by Torako’s mischief, albeit with the tendency of ending up taken onboard, forcefully or otherwise, along with the other main heroines over the resulting shenanigans.

Suzume Saotome has been Torako’s close friend since the middle school. She is usually very quiet but possesses monstrous strength and immense apetite. Despite her superior athletic ability, able to best her homeroom teacher in a one-on-one dodgeball match, she is in distress for looking child-like and not feminine enough. In fact, she does not wear a bra and does admire Tatsuki for wearing underwears for grown-ups. She also cannot swim. She seems to have no sense of shame and her behavior is very unpredictable, which often throws her friends off balance. Whenever Torako runs away from her home, Suzume always accompanies her.

Ayumi Nonomura is popular among boys for having a large bust and a naive personality, her photos are always in high demand. Due to her extreme shyness, she had trouble making friends since the middle school and is most often the victim of practical jokes and mischief by others. Thanks to: D. Baranyi