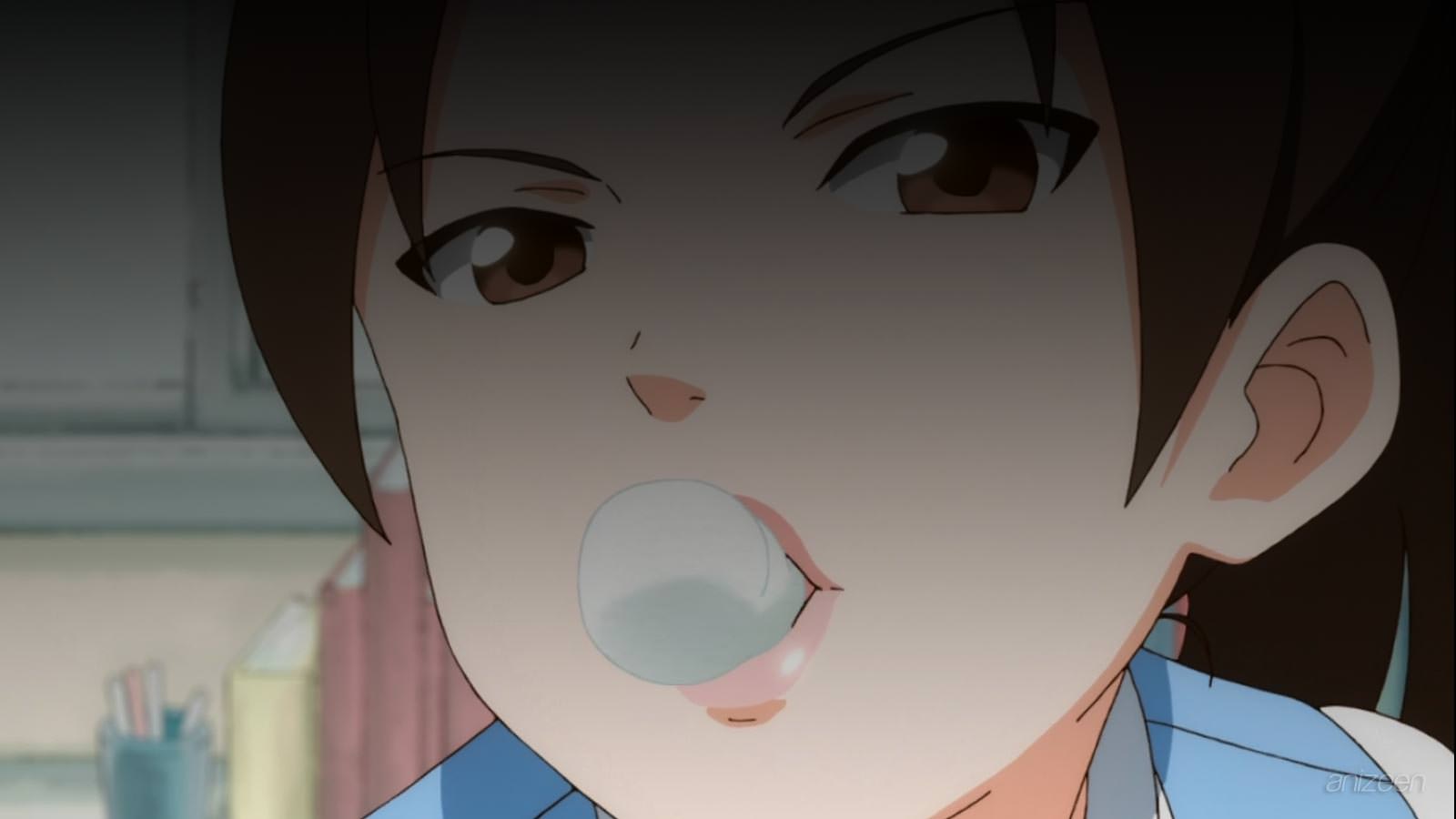 Habahiro Hige is a common middle age man, he has a regular job, and nothing seems to get between him and his desire, to eat marshmallows. For him, there is nothing more delicious in this world, and he is really crazy for this sweet candy.

On the other hand, we have Iori Wakabayashi, one of Habahiro’s peers at the office. For some estrange reason, Iori is attracted to Habahiro. And It doesn’t matter what she does or says, he simply has no clue about her feelings.

To draw more attention to her, Iori usally tries to blackmail Habahiro using his favorite candy. And Iori really knows his taste and always buys his favorite.

Things get feisty from time to time, Habahiro really loves marshmallows and Iori really likes him when he tries to steal a candy from her. She is not shy and lets him get closer and closer, and whenever she tries to steal a kiss from him, he refuses

Habahiro is not playing dumb, he simple is that innocent, and Iori is to be afraid, she knows what she wants, and she will use marshmallow to get him.

Iori really is desperate, and she does everything in her power to gain Hagahiro’s attention, one day she buys all the marshmallow in the convenience store and tells him he can have them if he does one little thing… a baby with her.

Ojisan to Marshmallow
(おじさんとマシュマロ)
A comedy manga series by Rekomaru Otoi, serialized online via the online community Pixiv, where it has received over 20 million views. It was acquired by Ichijinsha and two tankoubon volumes have been published since 2014. An anime adaptation by Creators in Pack began airing on January 7, 2016.
OP
S1. N/A
ED
S1. “Message” ~ Eri Kitamura; “Labyrinth” ~ Eri Kitamura; “yell” ~ Kaori Taguchi & Suzuna Kinoshita
WEB