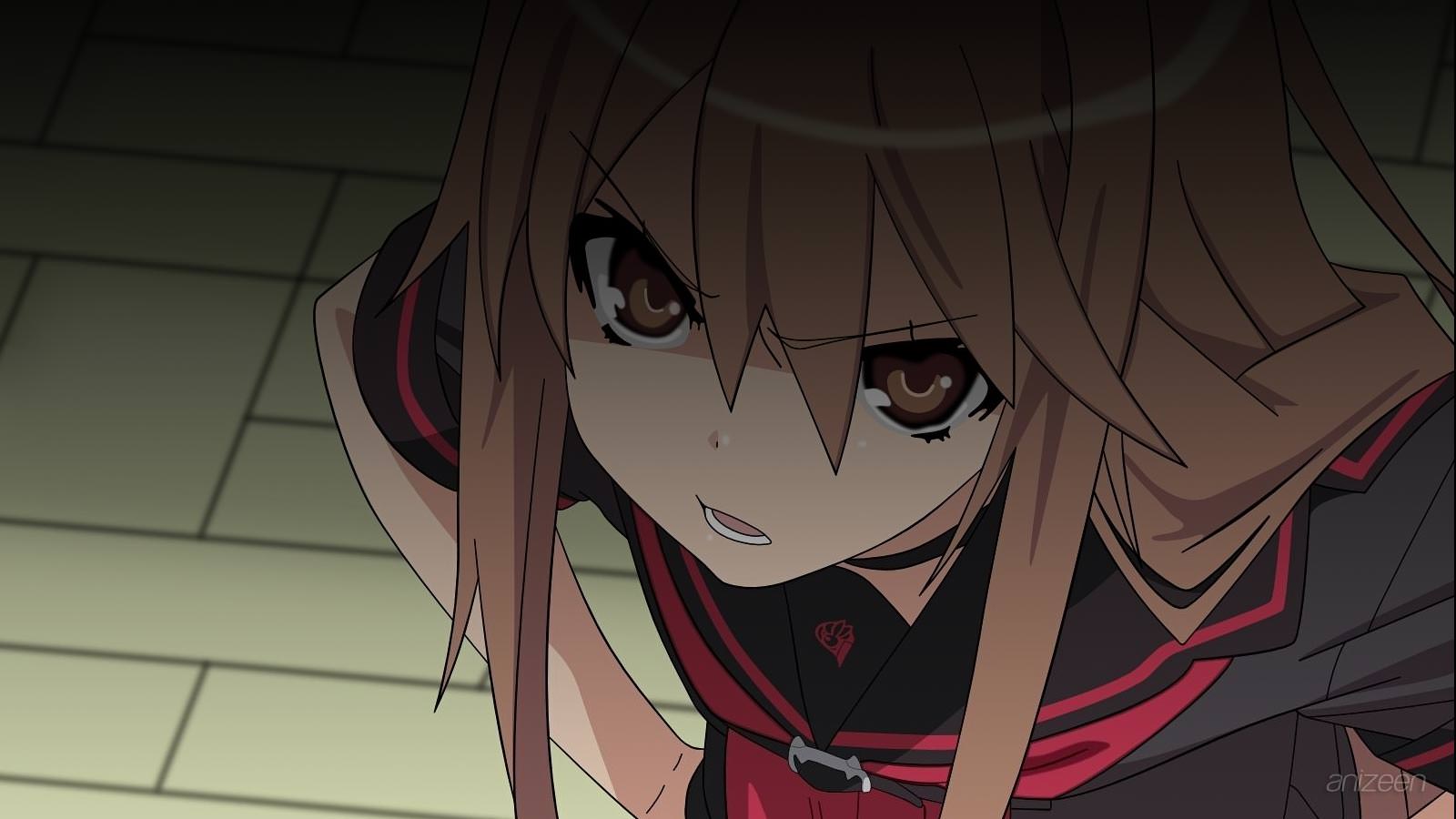 Ryouko Ookami has the looks of a difficult person, and certainly, she is that kind of girl. Ryouko, and her friend Ringo Akai, attend the Otogi High School, and both are part of a very peculiar club knowned as Otogi Bank.

The Otogi Bank is meant to help other students with almost any type of request. Just as a bank, it allows students to take out a “loan” to solve almost any kind of issue. The Bank and its members will go to any lengths to fulfill the client’s request, to do so, members are often lead into danger or mayhem. In return for the loan, the student agree to repay the favor later on.

After beating someone wielding a knife with the aid of a mysterious saviour, Ryouko Ookami is confessed to by a shy Ryoushi Morino, and subsequently turns him down. When Ringo does a background check on him, she decides to recruit him into the Otogi Bank.

A client, Kakiri Haibara arrives and requests for them to keep her tennis playing senpai, Akihiro Ooji, from quitting the tennis club due to an injury. The Bank tries using Ryoushi’s ability to remain unnoticed to stop Akihiro’s resignation form from being approved, but with unsuccessful results.

With only a matter of time before the form is handed in, Ryoushi rides Kakiri to Akihiro. They crash and Kakiri ends up knocking Akihiro out and leaving her shoe behind in the retreat. The next day, Akihiro uses a “Cinderella Method” to find the one who kicked him, Kakiri, after that, they promise to play tennis together.

The series parodies many famous fairy tales, either with puns relating to names or fairy tale themes being used in creative and funny ways. The two main heroines’ names are a play on words relating to the story of Little Red Riding Hood; “Akai” means red and “Ookami” means wolf.

Also, the title of the anime is a parody for the full title of “Snow White” and translates to “Wolf and the Seven Companions”.

Ryouko Ookami is fierce like a wolf, but flat-chested. She fights thugs using special Neko Neko Knuckles developed by Majolica. She tends to put up a strong and fierce front to disguise her inside nature, where she is a bit more kind. Although generally hostile about Ryoushi’s wimpiness, she soon accepts him as someone who can watch her back in fights.

Ryoushi Morino is a shy boy who cowers when confronted by other people and so keeps his distance. He has a crush on Ryouko and following a failed confession to her, he is somehow enrolled into Otogi Bank, where the others hope to use his low noticeably to avoid being detected. However, hidden in darkness, Ryoushi is a lot more brave and fights from afar using a wrist-mounted slingshot armed with pachinko balls.

Ringo Akai is a short high school freshman girl with seemingly cute, angelic looks but a dark demeanor. She has been longtime friends with Ryouko. She is the one who recruits Ryoushi into Otogi Bank.

Liszt Kiriki is the president of the Otogi Bank. His skill is cross-dressing, which he uses to gain information normal men can’t obtain. He is almost never seen working.

Ookami-san to Shichinin no Nakama-tachi
(オオカミさんと七人の仲間たち)
Is based on a collection of Japanese light novels by Masashi Okita, with illustrations by Unaji. The series started with the release of the first volume, same name as the anime, on August 10, 2006 As of January 10, 2010, ten volumes have been published by ASCII Media Works under their Dengeki Bunko imprint. A manga adaptation by Kurumi Suzushiro started serialization in the shounen manga magazine Dengeki Daioh on February 27, 2010. An anime adaptation started airing on July 1, 2010.
OP
S1. “Ready Go!” ~ May’n
ED
S1. “Akazukin-chan Goyoujin” ~ OToGi8
WEB