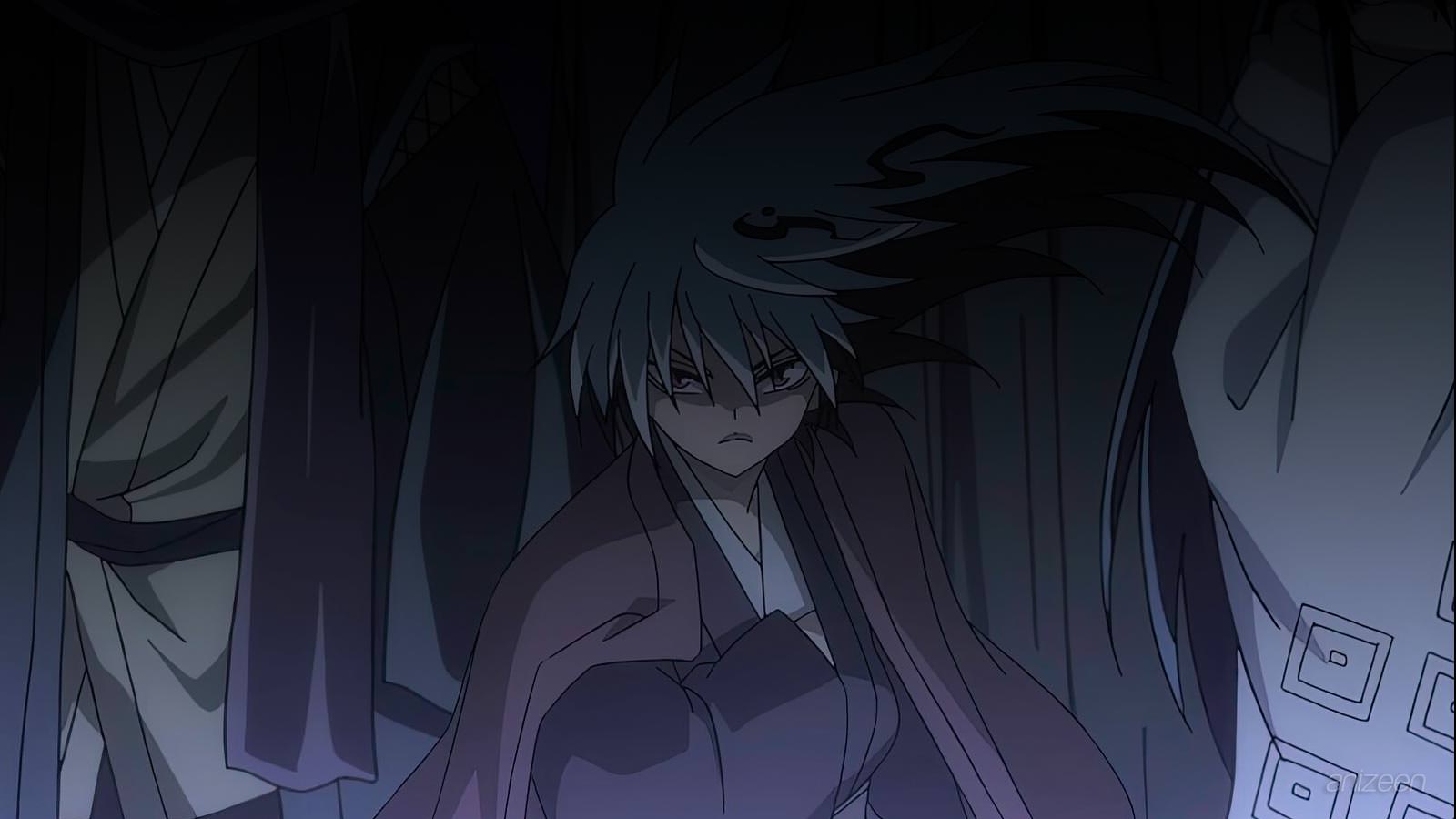 Rikuo Nura is not an average 13-year old boy, his mother is Nura Wakana and he inherited ¼ of his grandfather’s youkai blood. In times of impending danger his youkai blood awakens and he switches into his night form to become the the Master of the Youkai.

Destined to take over as The Third Master of Youkai from his grandfather. Rikuo once embraced the idea and played pranks on the other Youkai, but after realizing the evil nature of the Youkai deeds he rejects the idea of becoming their master.

One night, Rikou and several of his friends’ visit a supposedly haunted building behind their school. Rikou frantically rushes around trying to cover up the huge amount of ghosts hanging out in the building. Rikou’s friends are ready to panic while he punches various creepy monsters to keep them hidden.

Just before Rikou is about to transform to his night form, Yuki Onna -Rikuo’s attendant- appears and helps beat all the monsters. Eventually he will comes to terms with his demon blood and “together” they will take up the position of Young head of the Nura house.

Multiple factions aim to stop him or overtake his position, and he must gather friends and allies.

Rikuo Nura is a kid that is part human and a quarter youkai (demon), lives in a house full of spirits along with his grandfather. Trying to escape his fate of acting like a demon, he does good deeds in order to avoid becoming one. Despite his grandfather’s wish to succeed him as master of the Nurari youkai clan. After being tested by Gyuuki he decides to take the position of Young Head and work to save both humans and Youkai.

Night Rikuo is his night Youkai form, he is confident, strong and inspires “fear” amongst his allies leading many to join him. He decides to leave the human side of things to his “Day” form and handle the Youkai-side of things.

Yuki Onna is Rikuo’s trusted attendant who follows him to school disguised as a normal school girl, known as Tsurara Oikawa. She is affectionate towards Rikuo. She is overprotective of Rikuo when at his “day” or human form and expresses great concern for his well being, which is the reason why she is always around him at school, which causes a misunderstanding and concern for Kana.

Yura Keikain is an Onmyouji of the Keikan House who specializes in shikigami, she can manage four at once impressing even Nurarihyon. She was raised to see Youkai as evil and seeks to complete her training by defeating Nurarihyon and then inheriting the Household.

Kana Ienaga is the childhood friend and neighbor of Rikuo. Rikuo made a promise to help her if she is ever in need. After being kidnapped by a Youkai on her 13th birthday, she was saved by “Night” Rikuo and was taken to a Youkai party.