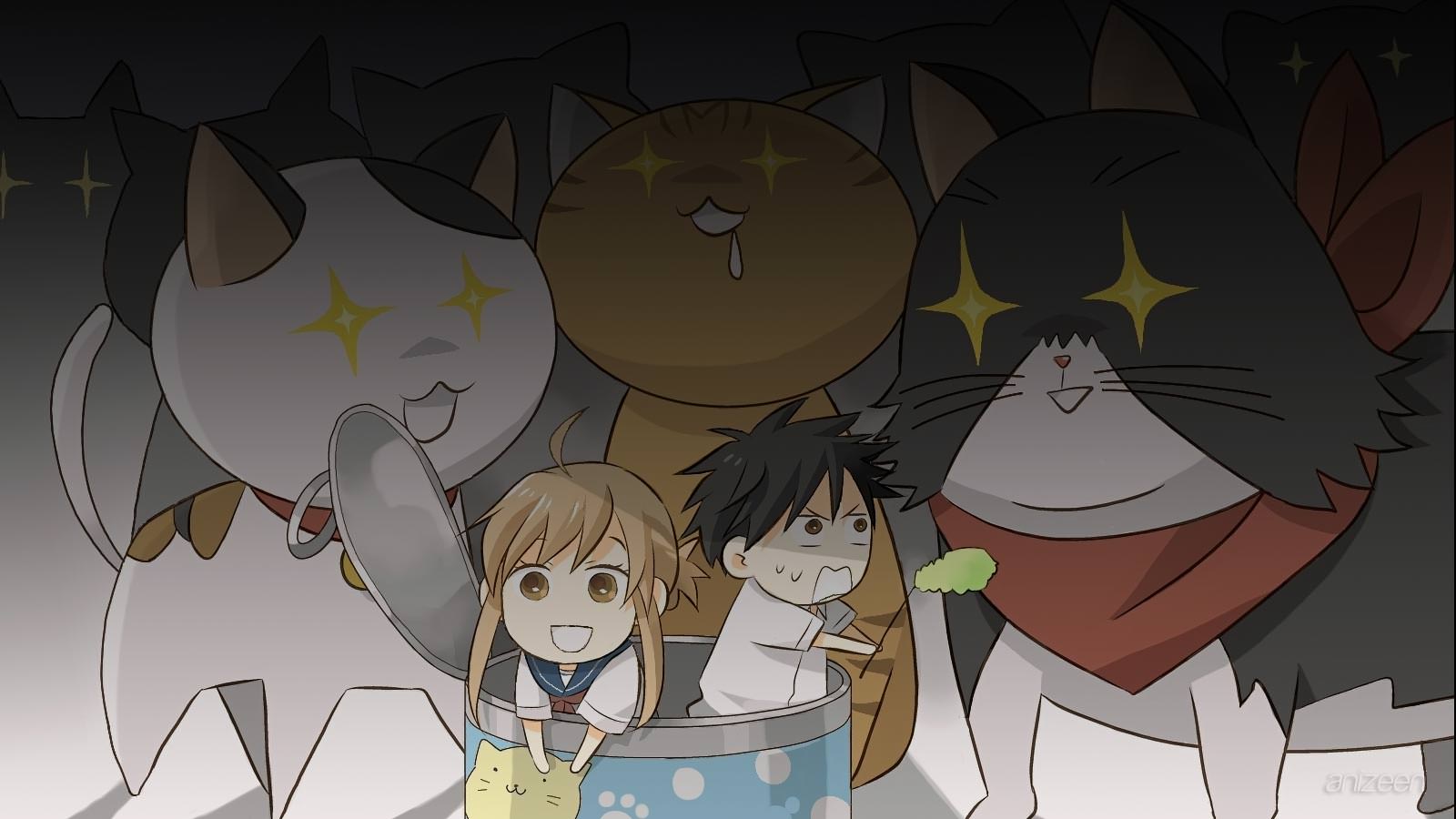 Junpei Kousaka is a second-year high school student who despises cats and has an allergy to them.

Junpei wakes up from a wonderful dream, where Kaede Mizuno, the perfect girl, confesses her love for him. Unfortunately, he has this peculiar sensation, one he has had for long time and that makes him feel miserable. And yes, a cat is near and spoils the perfect dream.

The funny thing is, Junpei can hear the cat talk, yes, talk. He skips breakfast and leaves his house to avoid the cat otherwise, he will start sneezing. He goes to school and starts his little rant about hearing cat’s talk with his friends. Thinking he’s crazy both his friends calls Kaede over to talk with Junpei, embarrassed, he leaves the classroom and hides.

A bald man appears and brings him to a temple. Changing into his monk outfit, the guys starts preaching his 100 cat related stories. Another cat, named Tama, appears and tells Junpei to overcome the curse he would have to do 100 good deeds, if not he is going to turn into a cat. Horrified being turned into the cat, Junpei leaves the temple with a worried looking face.

At the library, he decides to do some research to break his curse. At that time, he receives a phone call from his sister, after that, he goes to buy some groceries and finds Kaede, who walks along with him. At that time, he is able to see the affection that Kaede has for cats, but for some reason, cats react strange to her.

Junpei Kousaka has a chronic allergy to cats. He lives with his mother and sister, who loves them. To complicate matters, one day he accidentally destroys the statue of a cat deity, and to compensate for it, he must make use of his newfound ability of communicating with cats to fulfill one hundred requests of help from them, otherwise he will be transformed into one.

Kaede Mizuno is Junpei’s classmate and crush who is totally oblivious of his feelings for her. Despite loving cats, her family has four dogs in her home, thus cats tend to avoid her as she always carries their smell.

Kanako Sumiyoshi is another of Junpei’s classmates and his childhood friend. During elementary school, the two became enemies due to a misunderstanding, but she still harbors feelings for him.

Chizuru Mochizuki is a Sophomore college student working as a mailman when she’s not attending lectures. She has a bad sense of direction and frequently ends up lost. She’s somewhat perverse and enjoys teasing Junpei. She seems to take a liking to Junpei after he helps her deliver letters in a district she gets lost in.

Nyamsus is a large, fat cat owned by Junpei’s family and the one who brings to him requests of the cats in need of his help. She is well known and most cats around Junpei’s neighborhood see her as an older sister figure.

Tama is a small cat owned by the monk in charge of the temple whose statue was broken by Junpei and an acquaintance of Nyamsus who also brings requests for him.
More at: Wiki