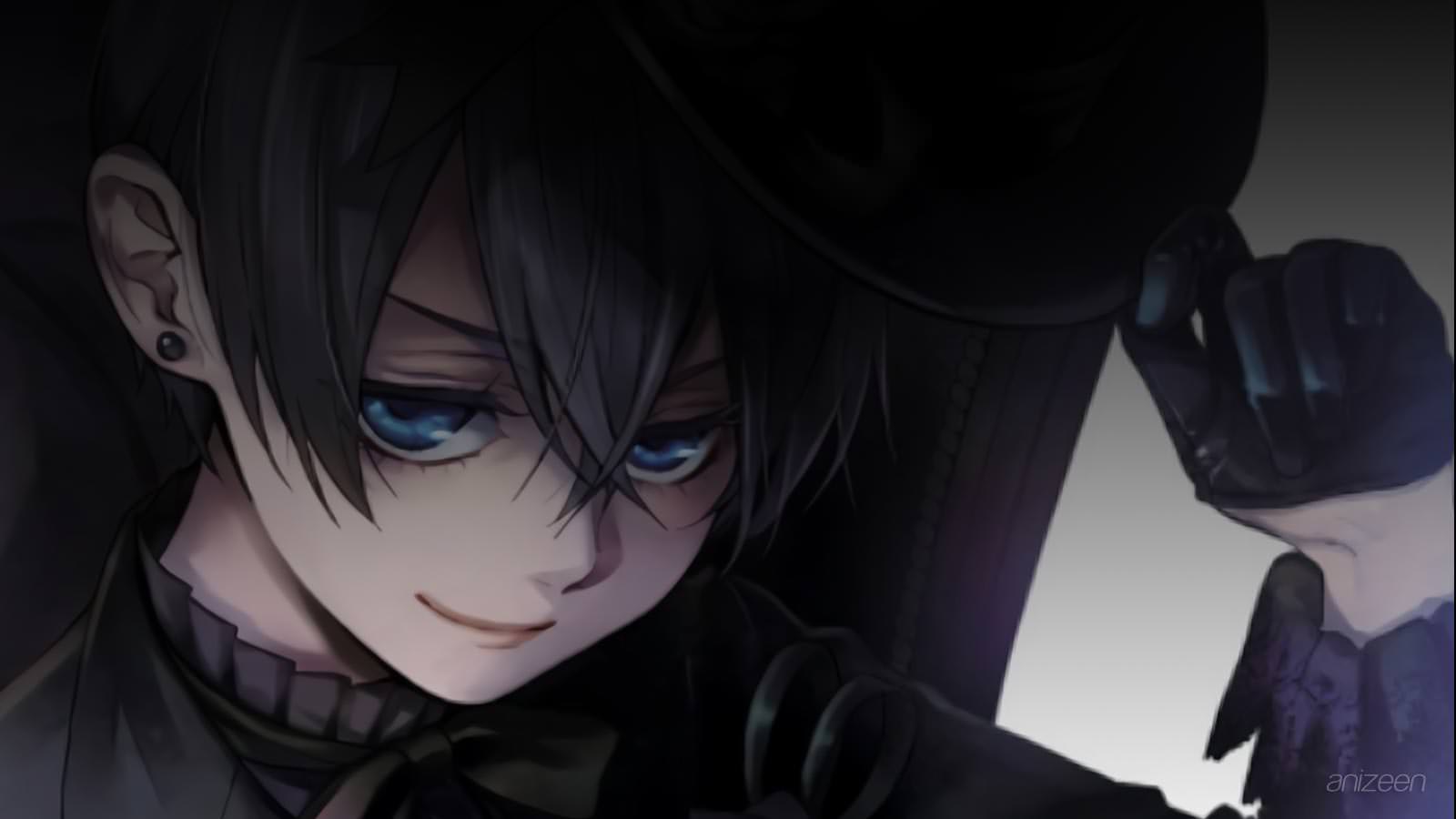 Alois Trancy has had a difficult life so far, according to his uncle, Alois was kidnapped after he was born, his mother died out of depression and his father set out all over the place to find him. His father died due to a plague and he was suspicious to have Alois living in another village.

But according to Alois’ story, he didn’t know the village where he stayed nor how long he was there. All he know was that something misterious happened in the village and everyone died, including his and only friend. Ever since then, Alois fears being alone in the dark.

One day, Alois wakes up and starts repeating “darkness” over and over again, somehow he can’t believe how he’s overwhelmed by only darkness. He lays naked on a bed, and once he gets up you can see his body is full of bruises. Then a spider is seen on the roof, right on top of Alois, after a while it makes a contract with him and forms a seal on his tongue.

Claude Faustus, Alois’ butler, informs that his uncle is coming to talk about some important matters. After all, his uncle is still suspicious if Alois is really the legitimate heir.

Once his uncle leaves, a cloaked figure carrying a huge luggage appears at the doorstep asking for a place to stay. The cloaked figure appears to protect the luggage with his life. When Alois entered the cloaked figure’s room, the man requests to enter the mansion basement. The man then takes a box of ‘New Moon Drop’, which is supposedly Black Tea.

When Claude attacks the man, it it revealed that hiding in the luggage is someone very important.

Alois Trancy shares a similar background with Ciel (main character in the first season) in a sense that he also went through abuse as a child. His contract with Claude can found on his tongue. His personality depends with who is he with. If he is with Claude, he seems to be attached to him, especially because he is afraid of being alone and afraid of the darkness. But if he is with any other servants, he tends to be really cruel.

Claude Faustus is the butler that takes care of Alois. Before the contract with Alois, he is seen to be in a form of a spider, as compared to Sebastian who takes the form of a cat. Nothing much was revealed about Claude, except that he is so similar to Sebastian in terms of loyalty to his master.

Hannah is the poor maid of the Trancy manor who is always subject of Alois’ cruelty. Her eyes were gouged by Alois after establishing eye contact with him. Claude, apparently told the other servants not to have eye contact with their Master.

Ciel Phantomhive is the business-savvy, twelve-year-old head of the English Phantomhive noble family, taking over after the deaths of his parents. He also runs a company that manufactures toys and sweets. His right eye, which is always covered, bears the “sign of contract” which binds the demon Sebastian Michaelis to his will.

Kuroshitsuji II
(黒執事II)
Is a manga drawn and illustrated by Toboso Yana. Since its debut on September 16, 2006, it has been serialized in Square Enix’s shounen manga magazine Monthly GFantasy. The second series premiered in July 2, 2010 and follows a butler, Claude Faustus, and his master, Alois Trancy, as well as Sebastian and Ciel. Both new characters were designed by Toboso
OP
S1. “SHIVER” ~ the GazettE
ED
S1. “Bird” ~ Yuya Matsushita; “Kagayaku Sora no Sijima ni wa” ~ Kalafina
WEB