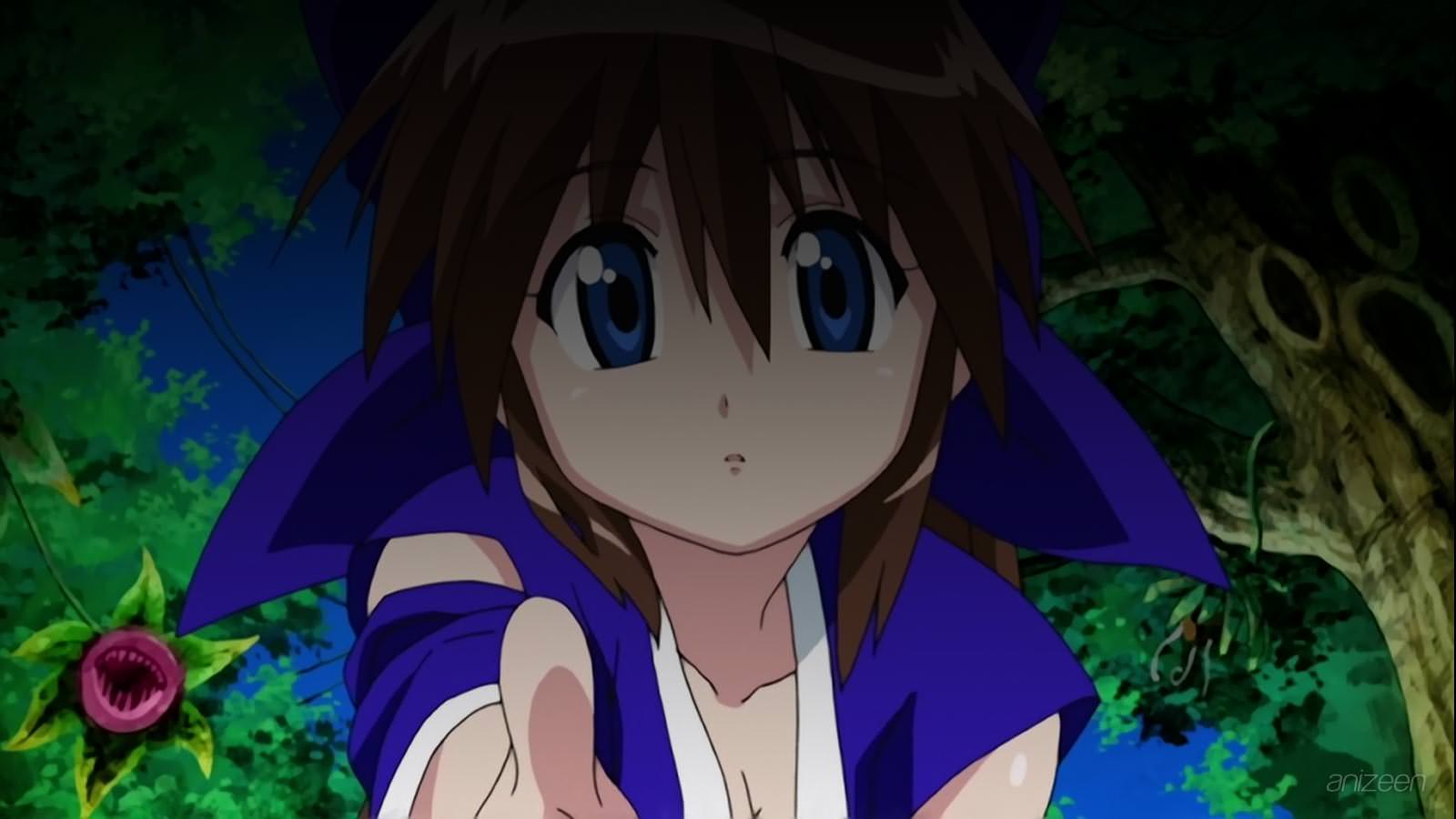 Nagasarete Airantou revolves around Ikuto Touhouin, the main protagonist, who ran away from home because of a fight with his father. Due to a life-long dream of wanting to board a ship, Ikuto decides to take a vacation until the ship is suddenly hit by a huge storm throwing Ikuto overboard.

He wakes up the next day to discover he is on an uncharted island populated by girls. Ikuto finds himself to be extremely popular on the island due to the fact that no other men are currently on the island.

In effect, nearly the entire island starts going after Ikuto to become his bride, all except a young girl named Suzu and her extremely old grandmother. Suzu’s grandmother decides that Ikuto will live with Suzu for the time being, but Ikuto initially finds it difficult to adjust, especially with the entire island population after him night and day.

Meanwhile, Suzu does her best to protect Ikuto from the masses. However, Ikuto still does not want to stay on the island any longer, and soon after arriving, he attempts to leave by boat, but discovers the island is completely surrounded by whirlpools and thus it is impossible to leave. With no other choice, Ikuto starts to settle into life on the island.

Ikuto Touhouin is the main character of the story and is currently stranded on Airantou. He ran away from home because he fought with his father. Also, he hates losing. Ikuto doesn’t believe in fate; when Obaba tells him that being on the island was his fate, he tried to leave Airantou but failed miserably. He is currently living in Suzu’s house. He has a younger sister named Misaki and has apparently taken his grandfather’s creed of never giving up.

Suzu is the main heroine of the story. A little spontaneous, honest girl. She is the first person that Ikuto sees on the island, and is possibly the closest one to him. As the series progresses, Suzu begins to develop feelings for Ikuto, but she has trouble realizing it due to her inexperience with boys. She has a pet pig called Tonkatsu (a word which incidentally translates into “breaded pork cutlet”).

Ayane is Suzu’s rival, always being defeated by her and wanting to win at least once. Although she doesn’t look it, she’s 16 years old and being underdeveloped, is also jealous of Suzu’s sudden growth. She is deathly afraid of Machi, her older sister, and uses anesthetic darts as her main weapon. She hopes to take Ikuto captive and trump Suzu. She’s a miko at the local shrine along with Machi and their mother Chizuru (who Ikuto mistook for her sister at first).

Machi looks younger than Ayane, but in fact she is older than her. She is also malevolent while looking calm. She often tortures people with her voodoo doll, most preferably Ayane, and thinks people’s anguished and frightened faces are beautiful. She also tends to take the most dangerous methods to getting things done. Her weakness lies within being self-conscious of her age; she gets horrible shocks everytime someone calls her old. Machi wishes to take Ikuto because her age means she should be getting married soon. She has a talent for magic, such as summoning Shikigami.