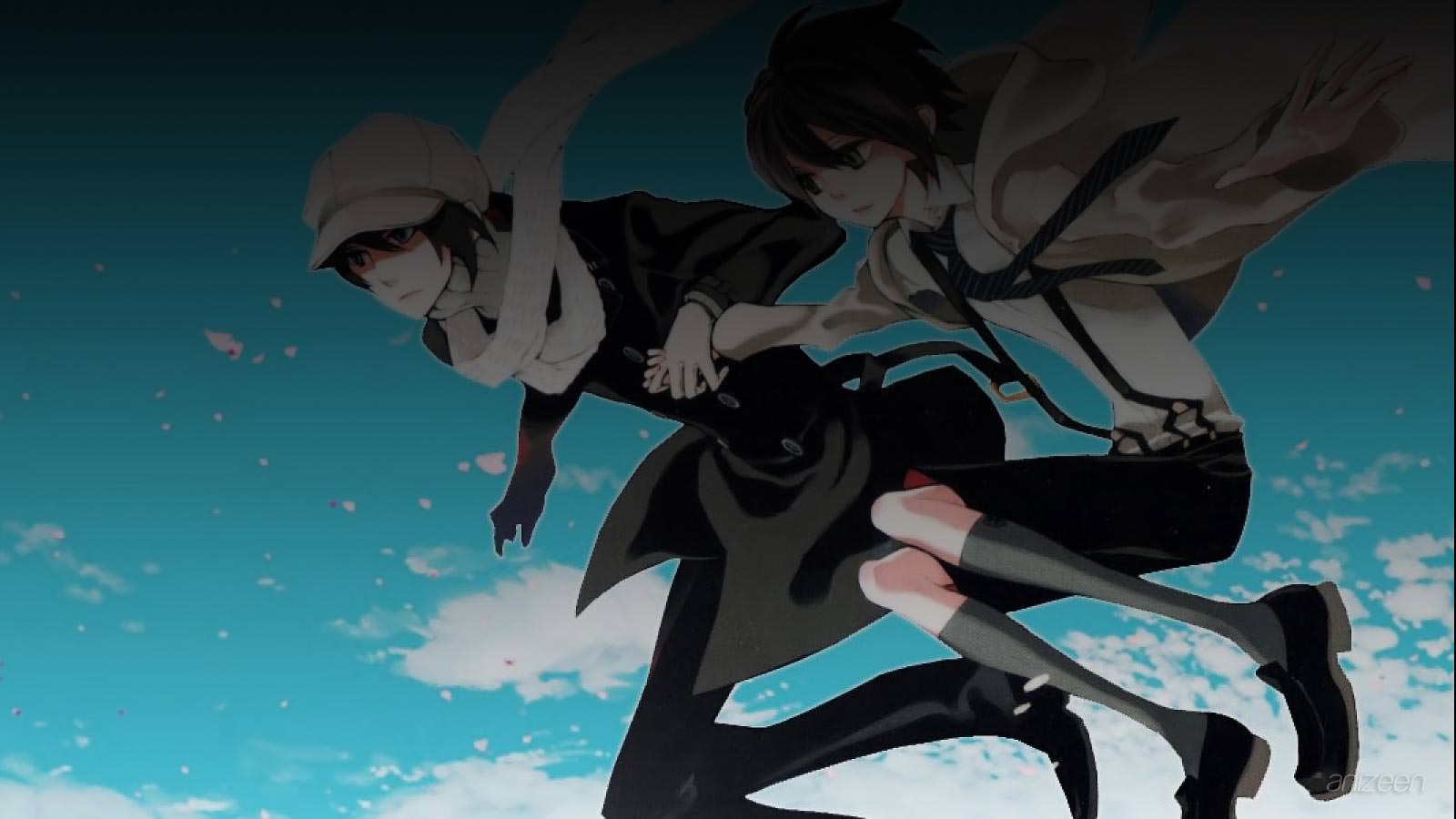 Miharu Rokujo is a boy who has a hijutsu, or hidden technique, living inside of him. This hijutsu is the power of creation. Many ninja clans are seeking it as the one who possesses it becomes the ruler of the ninja world, or Nabari.

Miharu is a loner who is indifferent to most of the world around him. However, the World of Ninjas isn’t indifferent to Miharu because Miharu contains a secret ninja power inside of him. Since many if not most of the people around Miharu are secret ninjas, Miharu finds himself surrounded by people who either want Miharu to lead them, or want to take the secret power away from Miharu.

Miharu really doesn’t want to get involved with anyone, let along ninjas. So he often just “vanishes” while people are talking to him. Whenever Miharu’s teacher Durandal tries to warn or protect Miharu, Miharu makes it seem that Durandal is making strange suggestions to him.

Miharu’s classmate, Kouichi Aizawa, started a Nindou Club at school with Kumohira, his English teacher. Both Kouichi and Kumohira are secretly ninjas. They try to persuade Miharu to join the Club, and though he was reluctant at first, he joins after being attacked by a group of ninjas trying to get his hijutsu. Now, he must become the “Nabari no Ou” in order to survive.

Miharu Rokujo is a 14-year-old middle school student. He holds Nabari’s hijutsu, the Shinrabanshou, in his body. He pretends to act indifferent to those around him in order to protect them from getting hurt, though he is not averse to acting in a rather innocent and cute way in order to get what he wants. He remembers little of his childhood, and had lost his parents at a young age, thus he now lives with his grandmother.

Thobari Kumohira Durandal is Rokujo’s and Kouichi’s 25-year-old teacher in the “front world”. Born in Ireland, Kumohira is actually a ninja, and temporary leader, of the Banten village in the world of Nabari. He is entirely devoted to protecting Rokujo, and wants him to become the ruler of Nabari. He has an intense hatred of transport, such as trains and buses, and would not get on one until Rokujo manages to “persuade” him. He went to Japan because his grandfather was a ninja fanatic, who forced him to go to learn to become a ninja, and was unable to return home (perhaps in part by his phobia of vehicles) for 10 years.

Kouichi Aizawa is Rokujo’s 14-year-old classmate. He studies nindou under Kumohira. Though he normally has an energetic attitude when around others, he is serious and relentless when it comes to his ninja duties. For example, on one mission in Vol. 4, Kouichi shoots and kills a man, then hypnotizes another man into taking the blame for the crime.

Kotarou Fuuma is the leader of Fuuma village, who has written almost all the texts regarding ninjutsu and the Shinrabanshou. He knows all about the world of Nabari and ninja techniques. He loves women, as most of the residents of his village are female, and he claims that if he had the power of the Shinrabanshou, he would turn the Fuuma village into a paradise where all the women of the world are in love with him.

Raimei Shimizu is a 14-year-old guard in the world of Nabari, and the head of the Shimizu clan. She is also a Fuuma-nin who prefers fighting with a sword over using ninjutsu, claiming to be a samurai. She also has the tendency to mistake one person for another when excited. Five years ago, her older brother, Raikou, annihilated their clan, and she has sworn to kill him in revenge.