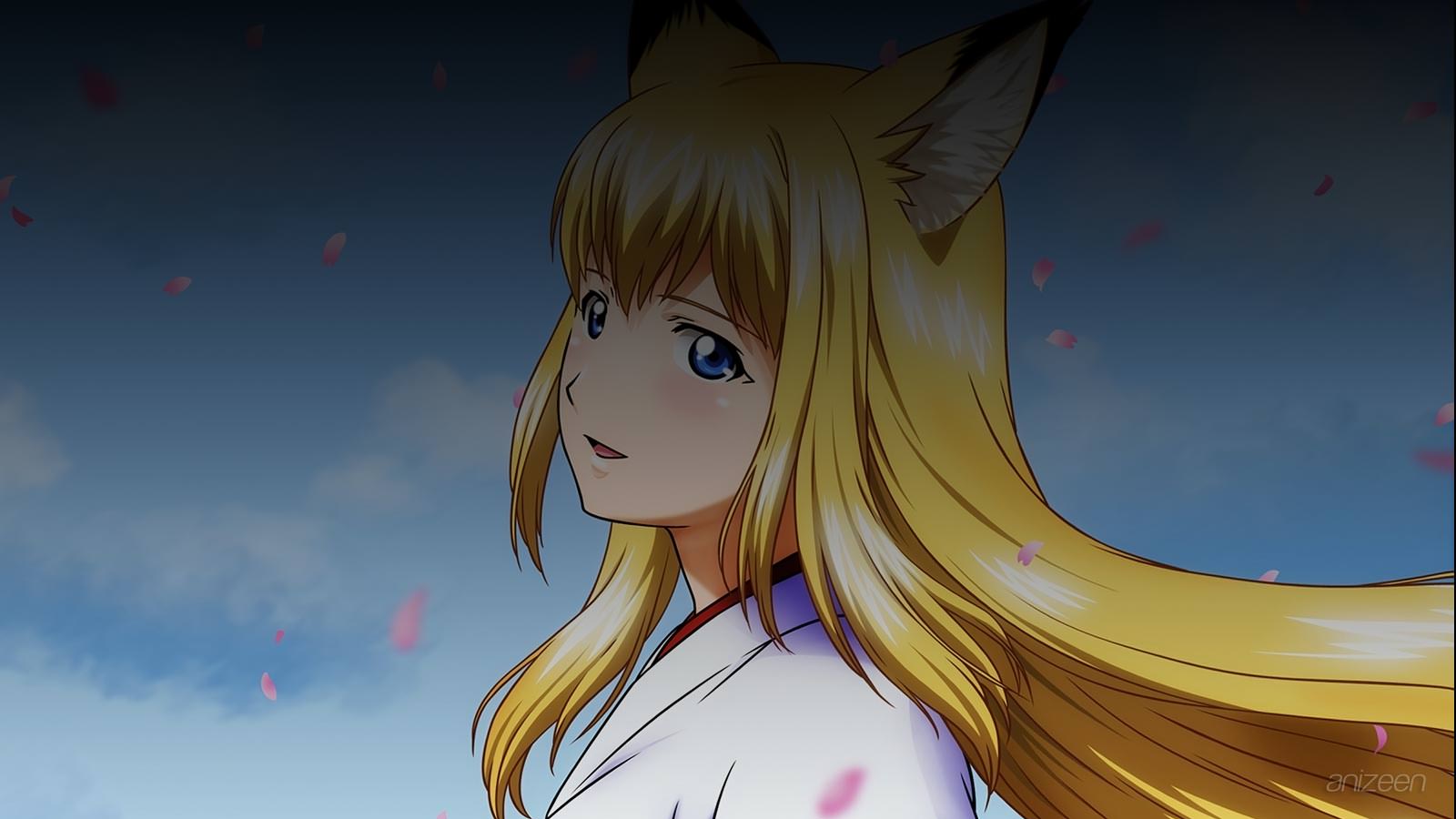 Noboru Takagami, and his younger brother Touru ride the train into the countryside to visit their uncle because the have heard that their aged grandmother is ill. But when they arrive it turns out that Baba isn’t sick at all, but instead is worried about the safety of the two boys, particularly Touru, because evil spirits have targeted Touru and want to eat him. To make matters worse, Touru had a nightmare in which he was confronted by a youkai that was in the guise of a woman, and Touru told the youkai his name when he was asked.

In the past there wouldn’t have been a problem, because everyone is from an old family of Demon Fighters, but the person who should be the main demon fighter at this time was the late mother of Noboru and Touru, who died when Touru was very young. Now Baba is too old to fight effectively, and the little Shrine Maiden in Training, Kou, is too young and inexperienced. So, Baba reluctantly turns to the Old Family Secret, Kuugen Tenko, and ancient and very powerful kitsune who for ages was the protector of the Family, but some time back was imprisoned within a rock because of unpredictable behaviour.

With Noboru’s help the rock is unsealed and Kuugen is awakened. The kitsune is not very pleased at having been locked up for many years, and doesn’t feel like cooperating. But Kuugen obviously had some sort of positive relationship with the mother of the boys and finally decides to protect the boys for old time’s sake.

But when Kuugen comes to the large traditional country house where the boys are staying, she has transformed into a kitsune-woman. Touru quickly becomes attached to Kuugen, but Noboru is still rather ill at ease with the situation. Never-the-less, everyone readies themselves for the upcoming battle.

Things start out badly as the youkai is able to disarm the spell barriers by simply calling out to Touru, who innocently answers it. But when the youkai attempts to call Touru to it and eat him, Kuugen goes into action, and with the help of a water spell from Kou, is able to defeat the youkai.

Kuugen’s commitment to protect the boys is now complete, and she has no intention of being imprisoned again, which is okay because neither Baba nor Kou have the power to do that anyway. But Kuugen decides that she likes the boys and asks them if they would like her to go with them so that she can learn about the modern world and also protect them.

Kuugen Tenko is a fox deity that used to be the Guardian of the Mizuchi family. Kuugen was sealed away by a Water Priest because of her reckless behavior. She was released by Noboru after Touru was targeted by a demon and now serves as their guardian. She can become male or female at any time and can be noticed because of her blonde hair, blue eyes and fox ears, which have to be covered by a hat when out in public, though she can also hide them completely without a hat.

Noboru Takagami is the eldest son of the Takagami family. He is sixteen-years-old and was made aware that he is the head of the Mizuchi family in the beginning of the series.

Touru Takagami is the youngest son of the Takagami family. He is eleven-years-old and has strong Yin in his blood, as stated by his grandmother. This indicates that Touru may be sought after by spirits like in the beginning of the series.

Kou is the guardian of the Mizuchi family. She is sent to keep an eye on the Takagami brothers and Kuugen, and therefore must live in Noboru’s house for the time being. She appears to be helpful, (having asked if she can do anything to help around the house), dedicated to her job, and does not want to be a bother.

Miyako Takagami is Touru’s and Noboru’s late mother. She passed away before the beginning of the series.

Wagaya no Oinari-sama.
(我が家のお稲荷さま。)
Is a Japanese light novel series by Jin Shibamura, with illustrations by Eizou Houden. The first novel was released on February 10, 2004, and as of October 10, 2007, seven volumes have been published by MediaWorks under their Dengeki Bunko label. A manga adaptation by Suiren Shoufuu started serialization in the shounen manga magazine Dengeki Comic Gao! on February 27, 2007, also published by MediaWorks; the manga transfered to Dengeki Daioh on April 21, 2008 after the former was discontinued on February 27, 2008. An anime adaptation produced by the animation studio ZEXCS and will begin broadcasting in Japan in April 6, 2008.
OP
S1. “KI-ZU-NA ~Haruka Naru Mono e~” ~ Hitomi Sora
ED
S1. “Kaze ga Nanika wo Iou to Shiteiru” ~ Saori Hayami ep 1-18; “Shiawase no Kotodama” ~ Yukana, Hayami Saori, Takahashi Mikako eps 19-.
WEB