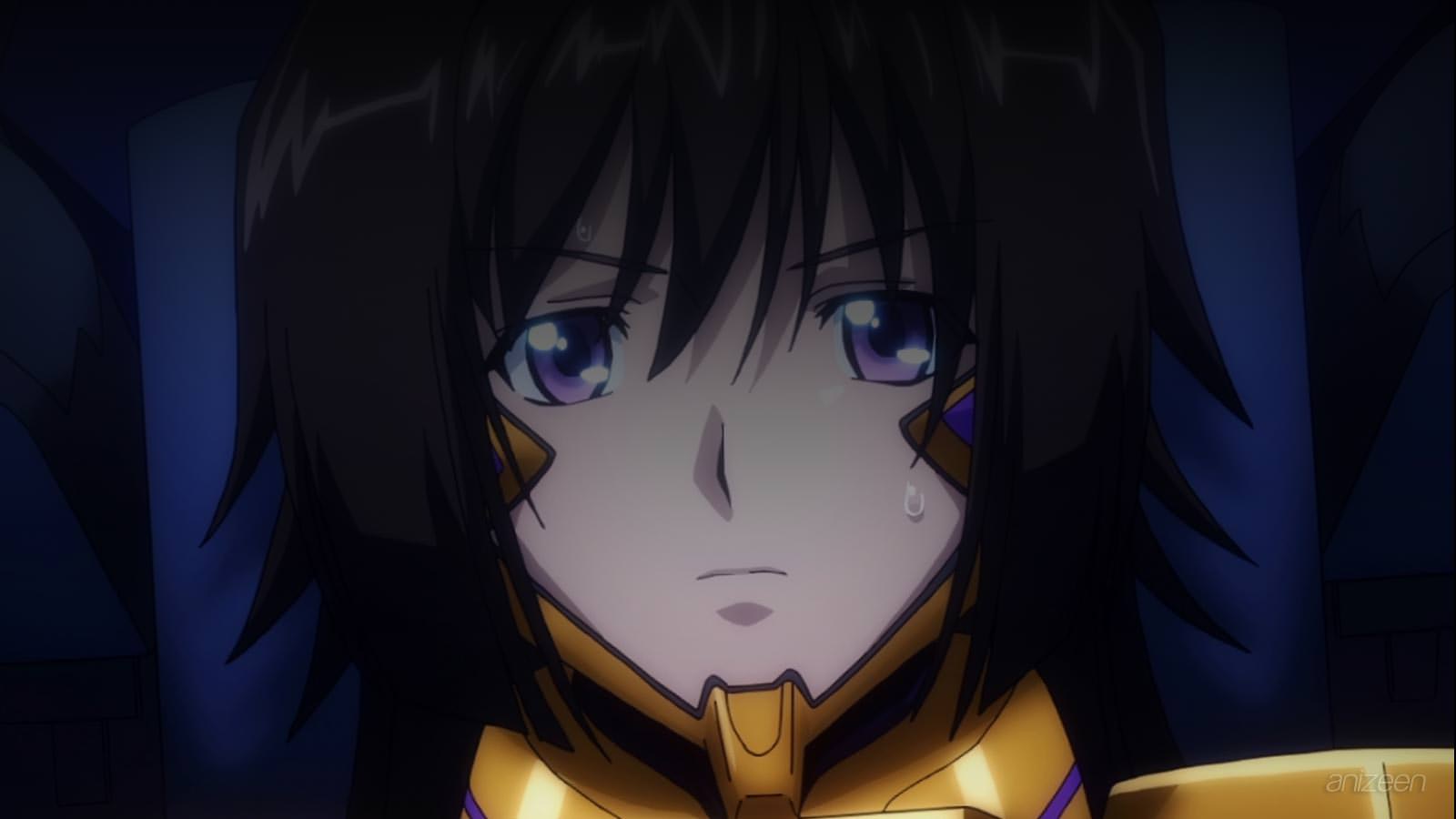 In 1967, mankind discovered life in outer space. Unfortunately, they were unfriendly and didn’t hesitate to attack.

The hostile alien race is called BETA and they began a war on the Moon surface. After some years, in 1973 and despite many attempts to stop them, the BETA were able to make landfall on Earth. Now, 30 years after, the long grueling war against the BETA continues. They have been able to conquer half the Eurasian continent while humanity can only stall them.

It’s 1998, and students are training to become the next generation of soldiers who will face the BETA. Yui Takamura is a student of the Kyoto Royal Guard Academy where she prepares to become an Imperial Guard TSF pilot along with her friends Aki Iwami, Izumi Noto, Shimako Kai and Kazusa Yamashiro.

With the Asian front lines turned dire, Yui’s uncle Eiji Iwaya meets with Yuuhi Koubuin of the Shogunate family over a new weapon that might help turn the tide against the BETA.

Meanwhile, Yui and her friends improve themselves in TSF combat training, and after months of battle, the Korean peninsula is overrun by the BETA. Now, the BETA run straight into the Japanese isles.

Yui and her fellow inexperienced cadets are ordered to assist the Japanese army in defending the capital of Kyoto. But it takes no time before they find themselves as the last resort to contain the BETA.

Yui will do whatever it takes to help her nation, but at least for now, she will learn the struggles and pain that war is able to cause.

Yui Takamura is First Lieutenant in Japan’s Imperial Royal Guard, and member of a distinguished samurai family which has served the Japanese Shogunate for generations. As the daughter of a legendary soldier involved in the development of the Tactical Surface Fighter she has a strict character. Dispatched to Yukon Base as the Imperial Japanese attendant of the XFJ Plan.

Yuuya Bridges is a Japanese American. From the American army. An excellent US Army test pilot sent to the Yukon Base in Alaska to be the chief development pilot of the XFJ Plan. The son of a Japanese father and an American mother, he holds a complex born from his childhood experiences.

Cryska Barchenowa is a survivor of the top-secret UN plan Alternative III, she was originally created to attempt communication with the BETA, and joined the Soviet Army after Alternative III suffered massive losses and was declared a failure. Now, she is just a Soviet TSF pilot.

Inia Sestina is a Soviet TSF pilot. She prefers to hang around Cryska, whom she calls “sister”, and often carries a teddy bear. Later on she befriends Yuuya and has become comfortable being around him, she even invites him to her bunker. Which nearly puts Yuuya in deep trouble with her superiors. She is a psychic and a survivor of Alternative Plan III.