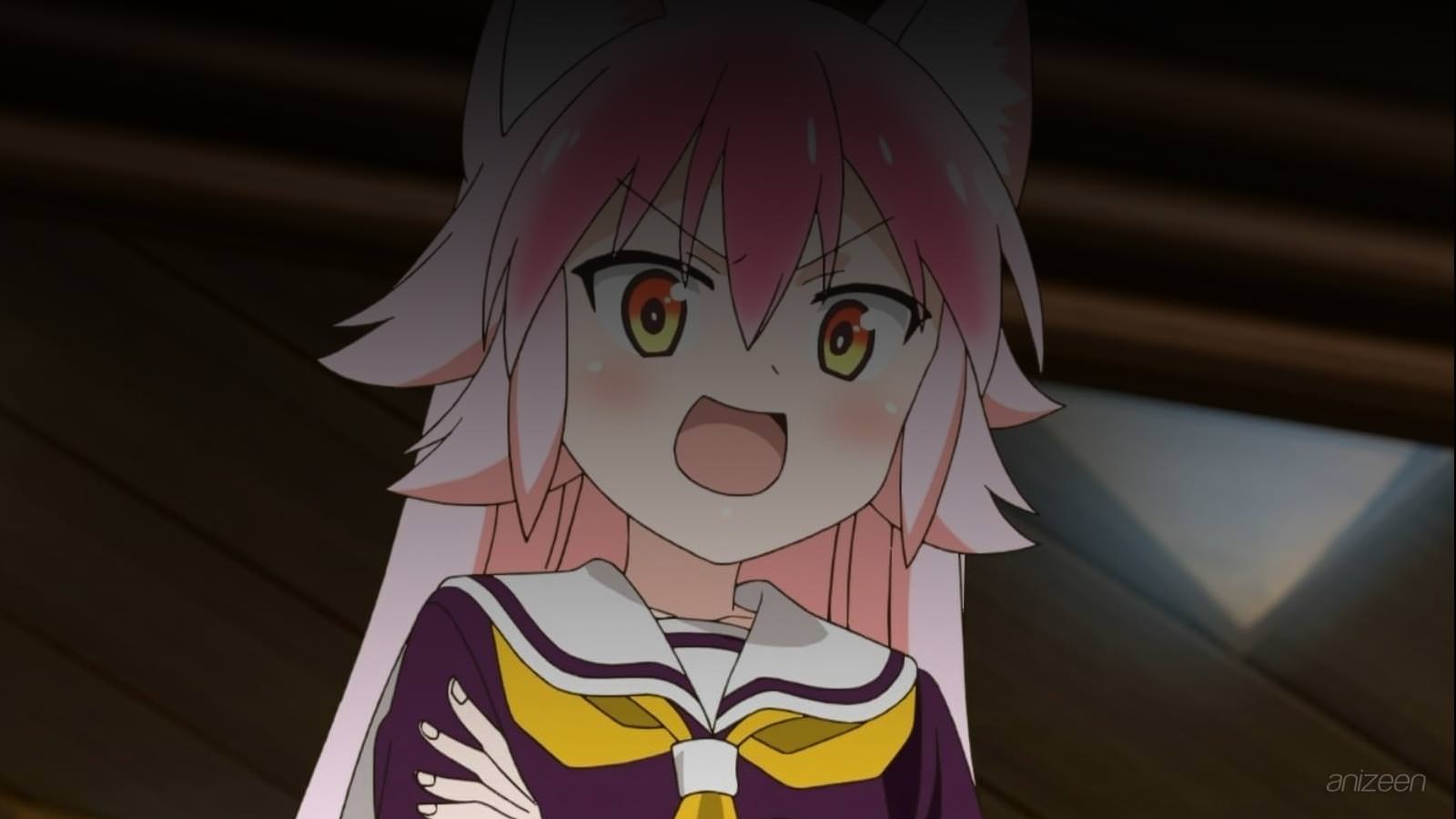 The world looks nothing as it used to be, starting with the fact that animals tend to walk in two legs and attend high school. On the other hand, we find that human population has declined to the point that now they seem to be and endangered species.

The new year has come, and Jin, a human is set to attend Seton Academy, at first glance, he is the only human, and it does not take long before he shows his discomfort. As a child, once he tried to help someone from being bullied, however, he ended up beaten by bear cubs instead.

Since then, his grudge has not diminished, and prefers to stay apart, but as expected, animals can be reckless and really noisy.

At lunchtime, he has the worst experience, all the available food is raw, meat or vegetables, that’s is basically the menu. Somehow, he is able to convince a huge gorilla to cook his meat.

Finally, he spots a free table to sit down and eat, but a little wolf girl, named Ranka is not pleased and her instincts tell her to defend her spot, and her meal from the intruder, yes, Jin.

Completely annoyed, he decides to share his meat with her and make peace, however, as soon as she finishes it, she declares he must join her pack. After all, that is expected for any animal at school, but Jin refuses immediately.

He suggests her to pack with her own species, as everyone else does, but Ranka seems to have a different idea on her mind. She does not hesitate and tells Jin that one of her dreams is to form a pack, where all kind of animals and humans can be together.

As she continues, she tells her a story, one day, a young human saved her from being bullied by bears. As you might imagine, it was Jin, but Ranka has a different approach to the event. For her, that human kid saved her and changed her life.

Jin cannot tell her that due to that experience, he actually hates animals, and tries to get rid of her by throwing a bone away. At that moment, we meet Hitomi, a young human, the only one at school who approaches Jin to become friends.

Once Ranka returns, she gets mad and tries to defend her ‘territory’, scaring Hitomi and making Jin feel frustrated. He ends up being rude to Ranka and tells her to leave him alone.

Later, we find the young wolf struggling, trying to fit with other animals, but it is useless, in the end, she ends up humiliated by a zebra. Jin simply steps up, telling her some interesting facts about zebras, and their relation with donkeys.

Ranka runs away, feeling lonely, Jin prefers to stay away, but Hitomi decides to find her and become her friend.

At that moment, huge zodiac bears begin to bother both girls, once again, Jin steps in between and decides to use a bear repellent. Once again, he has saved the young wolf, and reluctantly decides to join her pack.