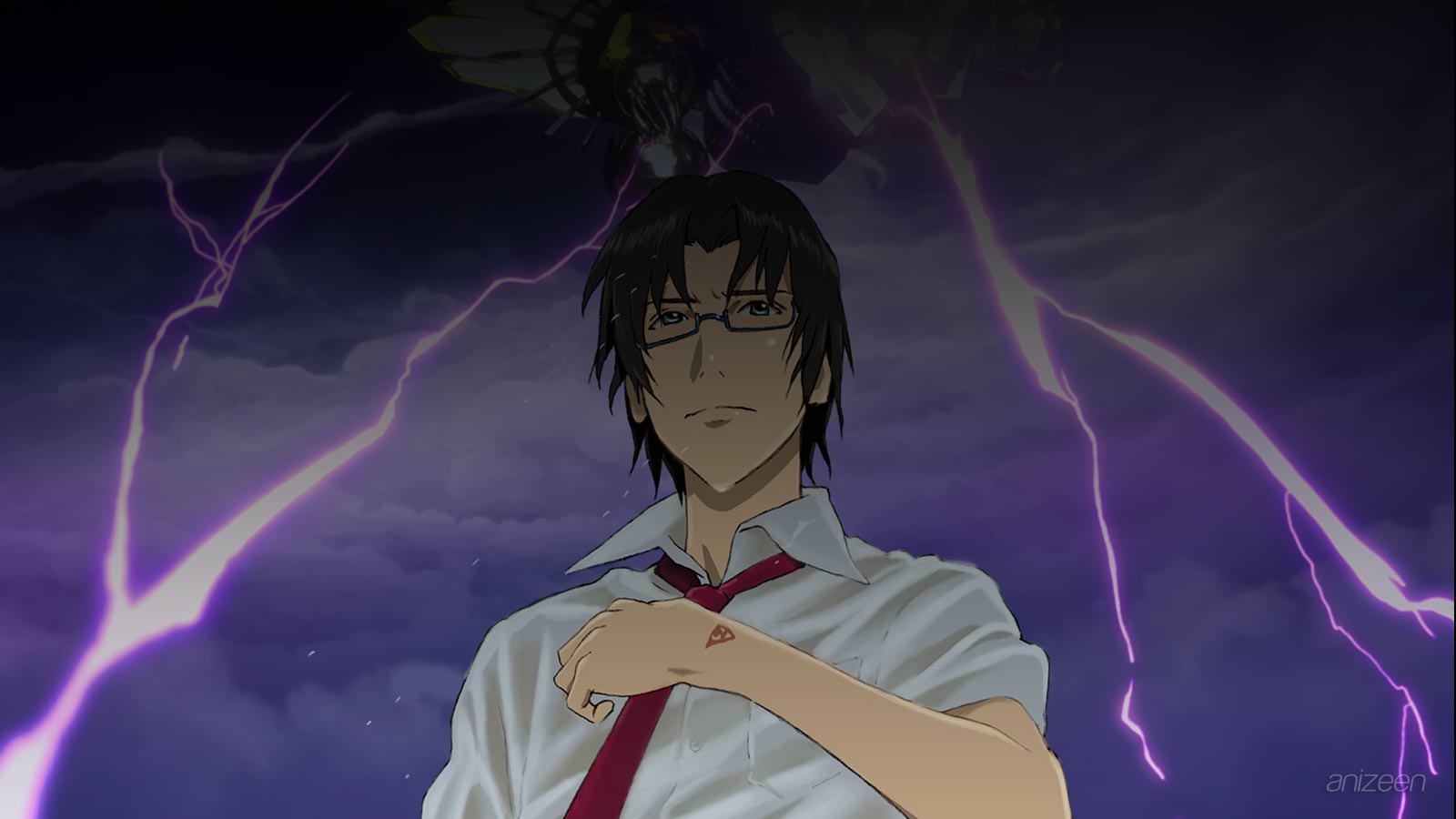 Two giant machines are fighting it out and a male voice begins a monologue, asking why he was in such a situation. Saiga Junki, a regular highschool student who is a dreamer and good in his studies. Before he can get into his normal activities he has something else to pursue, to find his missing father.

He lives with his mother and his little sister, suddenly they received information about Professor Saiga, some of their belongs were found in a mountain. While in transit, Junki reads his father’s notes and comes across the name “Reideen“.

After arriving at the excavation site and doing some inspecting, Junki faints and has a dream where he sees two giant robots seemingly in battle but later awakens with a strange bracelet in his hands.

Meanwhile a meteor crashes nearby, but it is actually a giant scorpion-like robot. After being caught up in a flood of water Junki remembers what was written in his father’s notes and recites a name and command.

He is then transported to the Great Warrior Reideen. While the fight is going on, a strange woman is seen standing near the battlefield. After a few hits, Junki realizes that he can feel the pain that Reideen receives and continues to question what is going on?

Junki Saiga is tall for his age, and more mature than his classmates, but still has a hard time adjusting to the responsibility of being Reideen’s pilot in his dual identity.

Akira Midorino is a mysterious girl with green eyes. Her home was destroyed in Reideen’s first battle, so she moved to Tokyo and just happened to join Junki’s and Shiori’s class.

Taro Maedasaki is a Lieutenant in the Vigilance Corps (aka JSDF), he is fascinated by Out of Place Artifacts, which leads him to Reideen and Junki. Maedasaki monitors and tracks Junki on behalf of the VC, but is genuinely concerned about the boy, and treats him as a person

Reideen
(ライディーン)
Is a Japanese anime series that will be a remake of Yoshiyuki Tomino’s 1975 Super Robot anime Brave Raideen. It is currently being produced by Production I.G and directed by Mitsuru Hongo. It start airing in Japan on February 2, 2007.
OP
S1. “manacles” ~ Tomiko Van
ED
S1. “Kakashi no Ikizama” ~ Ataru Nakamura
WEB