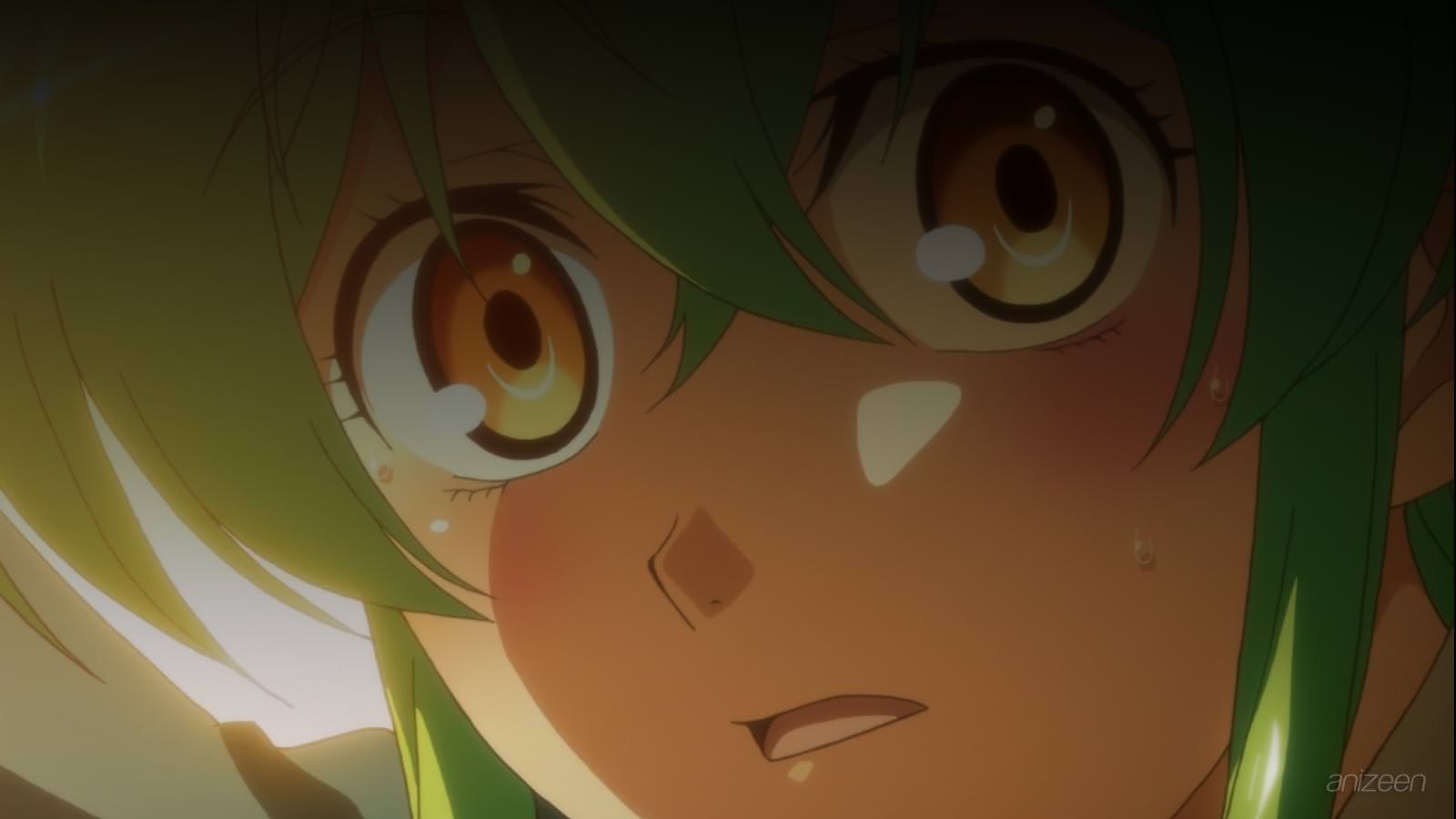 Asahi Kuromine is a common student, he believes everyone has secrets, and deep in his heart he has one. For some time now, Asahi only has eyes for one girl, and he wants her to know about it.

He likes a very peculiar girl named Youko Shiragami, she is reserved, a complete lady. But somehow, she tends to stay apart of everyone, comes early in the morning and leaves late, almost at night.

Asahi, is a clear person, his feelings are transparent to everybody, especially for his friends. For some reason, Asahi can’t lie, his emotions simply show at the worst moment.

But he means no harm, actually, he is very kind and sensitive. Unfortunately, he is known as a ‘leaky basket’, because he has so many holes and simply can’t keep a secret nor lie.

One day, Asahi is lost in his thoughts, he thinks his most precious secret is safe, he likes Youko and he has not said a word to his friends.

As the class goes by, Asahi simply can’t stop staring at Youko, and she seems nervous about it.

As the day comes to an end, Asahi finds out his beloved secret is well known by his friends, that he likes Youko and that he has been trying hard. But the day has come, his friends tell him to move on, tell Youko how he feels and continue with his life. After all, he has no chance with such lady.

Now, Asahi is determined to tell her how he feels, and remembers she usually stays behind in the classroom.

Asahi enters just to find out a strange sight, it is Youko, but she is different she seems in good mood and is talking to herself. But that part is not strange, she has a pair of wings and fangs that make Asahi tremble.

But it is Youko who has a lot to think about, she has been discovered and there will be consequences. She is a vampire, and has a special permission from her dad to attend school as any other girl in the human world.

Youko wonders why Asahi is not afraid of her, maybe he doesn’t understand what a vampire is meant to be. On the other hand, Asahi thinks she is really dense, she never noticed he has feelings for her.

Now that she has been discovered, Youko tells Asahi she is really happy, even if she has to leave school. But Asahi doesn’t want that from happening, and he realizes how hard it’s been for her.

How lonely she must be all the time. Without hesitation, he offers to keep her secret at all cost, and asks her to become friends, even if that means he will have to keep his feelings hidden from Youko.

Next
Monster Musume no Iru Nichijou (2015)