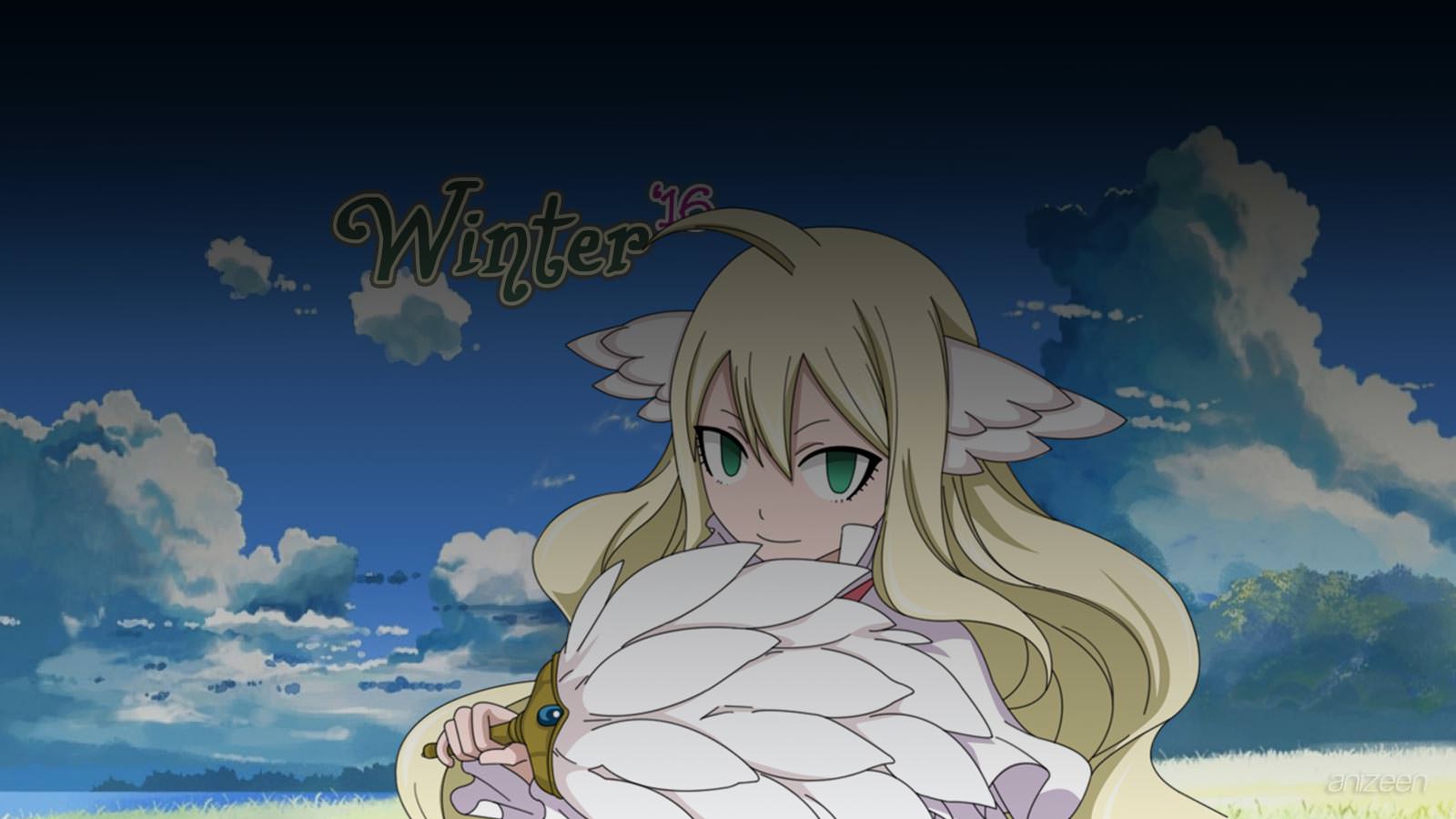 In the Winter Anime Season 2016, the year starts strong with some intriguing series and new characters. After a big slump in the past years, it seems production will be steady during the next seasons.

Before 2015 hits the bucket, in a near future, there is an imaginary world, where humans are able to call ghosts or monsters to appear. In Musaigen no Phantom World, Haruhiko Ichijou, is attending Hosea Academy where he meets along with his upperclassman Mai Kawakami, Reina Izumi and Minase Koito Minase fight these phantoms in solitude.

Meanwhile, in Fairy Tail Zero we will find Mavis Vermilion, one of the leaders of the Fairy Tail guild, in a different setup. In Sirius Island, Mavis is a servant mistreated by her master and his daughter, Zera. Mavis stays strong and always looking for the bright side, waiting for fairies to visit her, she faces several issues. After an attack, Mavis and Zera will escape together.

In a different time, we meet Chika Homura and Haruta Kamijou with their own issues. In Haruchika: Haruta to Chika wa Seishun Suru, these girls are in despair, because their loved wind instrument club is about to shut down if they can’t find more recruits. Both girls will have to do something amazing to achieve their goal.

Next comes Active Raid, where we will follow the adventures of Unit 8 of the 5th Special Public Security Section’s 3rd Mobile Assault Division. They use exoskeletons to counter the rise in crime. And inspector Asami Kazari is assigned to assess the unit’s status.

Then, we find ourselves in a rural town, where You Shikada owns a very special sweets shop. In Dagashi Kashi, You wants his son Kokonotsu to continue the family business, but he has other plans, like becoming a mangaka. One day, the heir of a big company, Hotaru Shidare, comes to recruit You, but he will only agree if Kokonotsu takes over his shop.

Now that we mention the magaka role and life, in Boku dake ga Inai Machi Satoru Fujinuma who has a strange ability. He is able to turn back time and prevent deaths. But after he finds his mother is killed, he tries to return in time to solve the mystery, but he ends up back in elementary school, just before the disappearance of his classmate Kayo.

If you are looking for something different -really different- check out Sekkou Boys, where Saint Giorgio, Medici, Hermes and Mars want to become popular in the entertainment business. The strange part comes because they are four stone figures managed by a young woman, Miki Ishimoto.

Now lets go to a world where a hundred year war has come to an end. In Luck and Logic, the gods who lost the battle are looking for a place to settle down, and the human world seems perfect. They attack, and humankind is planning to fight back with some help from Logicalists and goddesses. Yoshichika Tsurugi doesn’t have enough to become a Logicalist, but he meets Athena and everything changes.

Meanwhile in Reikenzan: Hoshikuzu-tachi no Utage, a comet is meant to bring calamity to the world, but there is faith that a chosen child will become a great sage and savior. But to do that, they have to find it first.

Finally, let’s talk about Kono Subarashii Sekai ni Shukufuku o!, where Satou Kazuma is a die hard fan of anything related to anime, manga and games -sounds familiar to you?-. Unfortunately for him, he dies in an accident and opens his eyes just to find a cute girl making a proposal. He will be able to go to an alternate world and bring one thing he likes the most… and he accepts taking the girl with him.

As usual, some old characters are back with new episodes or specials, among those you might like: Nurse Witch Komugi-chan R, Assassination Classroom 2, Gate: Jieitai Kanochi nite, Kaku Tatakaeri (2016), Durarara!!x2 Ketsu, Koyomimonogatari, Locodol OVA or Magical Patissier (Nisekoi).

If you want a movie, Gekijouban Last Exile: Gin`yoku no Fam – Over the Wishes or Gekijouban Selector Destructed WIXOSS might be a good pick this season.

Thanks for reading, have a wonderful 2016!