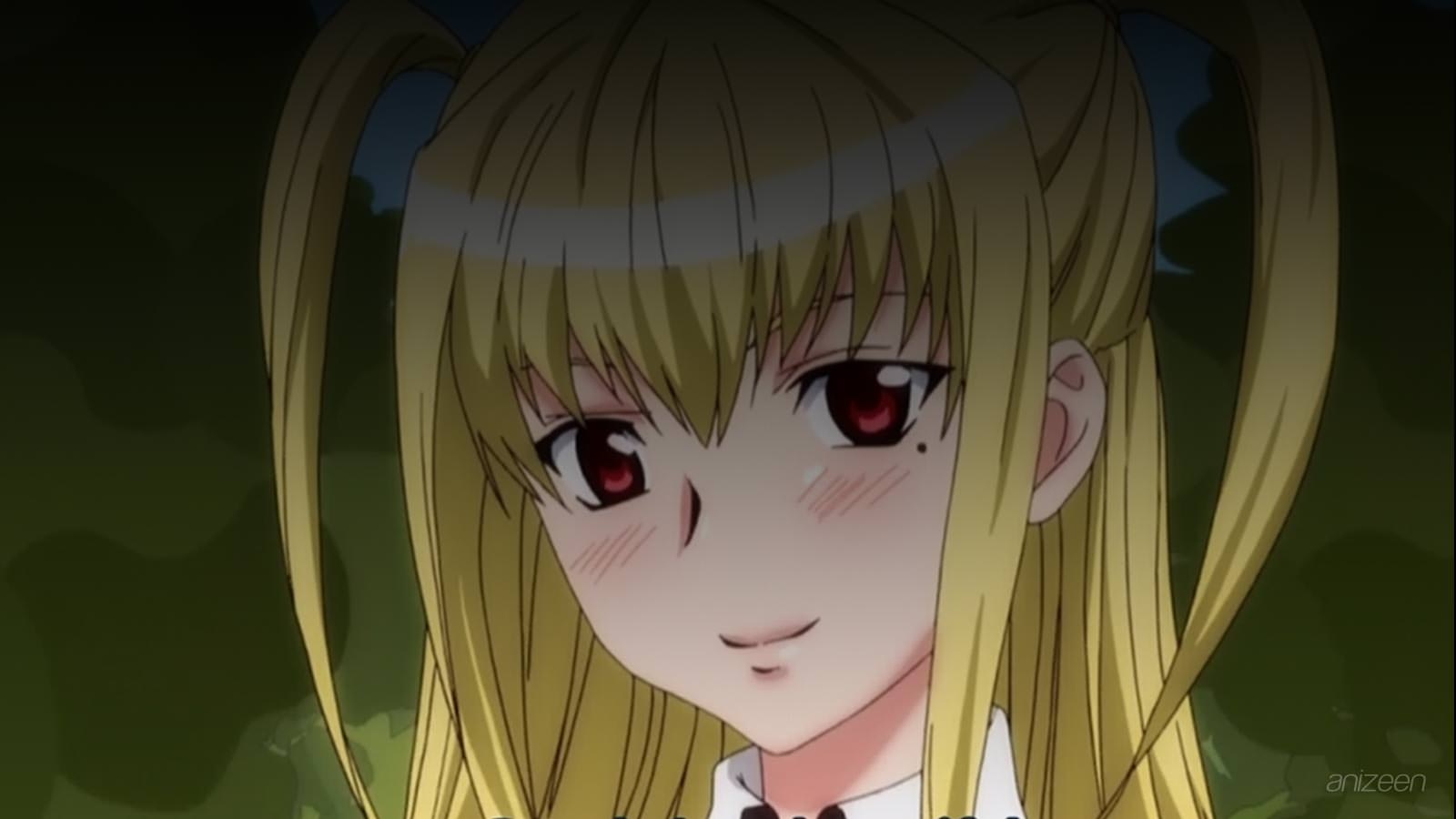 A high school girl, Kanako Miyamae, is scared of boys and breaks out in rash if a boy touches her. During her second year of high school, she enrolls in an all-girls school hoping to find a female romantic partner. She thinks herself as a resurreted person who has entered an all girl heaven.

Kanako, who is quite tall, like a statue, meets the girls of her dreams at every step. But none can match the beautiful and petite Maria Shidou, who surprises Kanako with a kiss on the cheek when they first meet.

However, a little while later Maria surprises Kanako much more when Kanako walks in on a dressing session where Maria’s maid Matsurika first fits a corset onto and then fits a padded bra onto the very un-feminine body of Maria.

Maria and Matsurika ignore the unexpected visit, but Kanako can’t, and she eventually has to check Maria’s gender for herself. One grab reveals the “truth” and Kanako’s fantasies are suddenly dashed.

Kanako wants to expose Maria as a boy, but Maria immediately trumps Kanako’s plans by tearing open Matsurika’s uniform and threatens to tell everyone that Kanako “attacked” Matsurika. Maria also informs Kanako that she is the grandchild of the chairman of the school, so there is little doubt who will be believed.

In a state of despair, Kanako agrees to keep quiet, but just as Kanako is about to turn to her roommate for comfort, it turns out that Maria has switched rooms and will now be Kanako’s roommate in order to keep a close eye on Kanako.

Matsurika Shinouji is Maria’s maid who is generally silent, but can be rude. She calls Kanako names such as “Ms. Pig” or Eiffel Tower due to her tall stature.