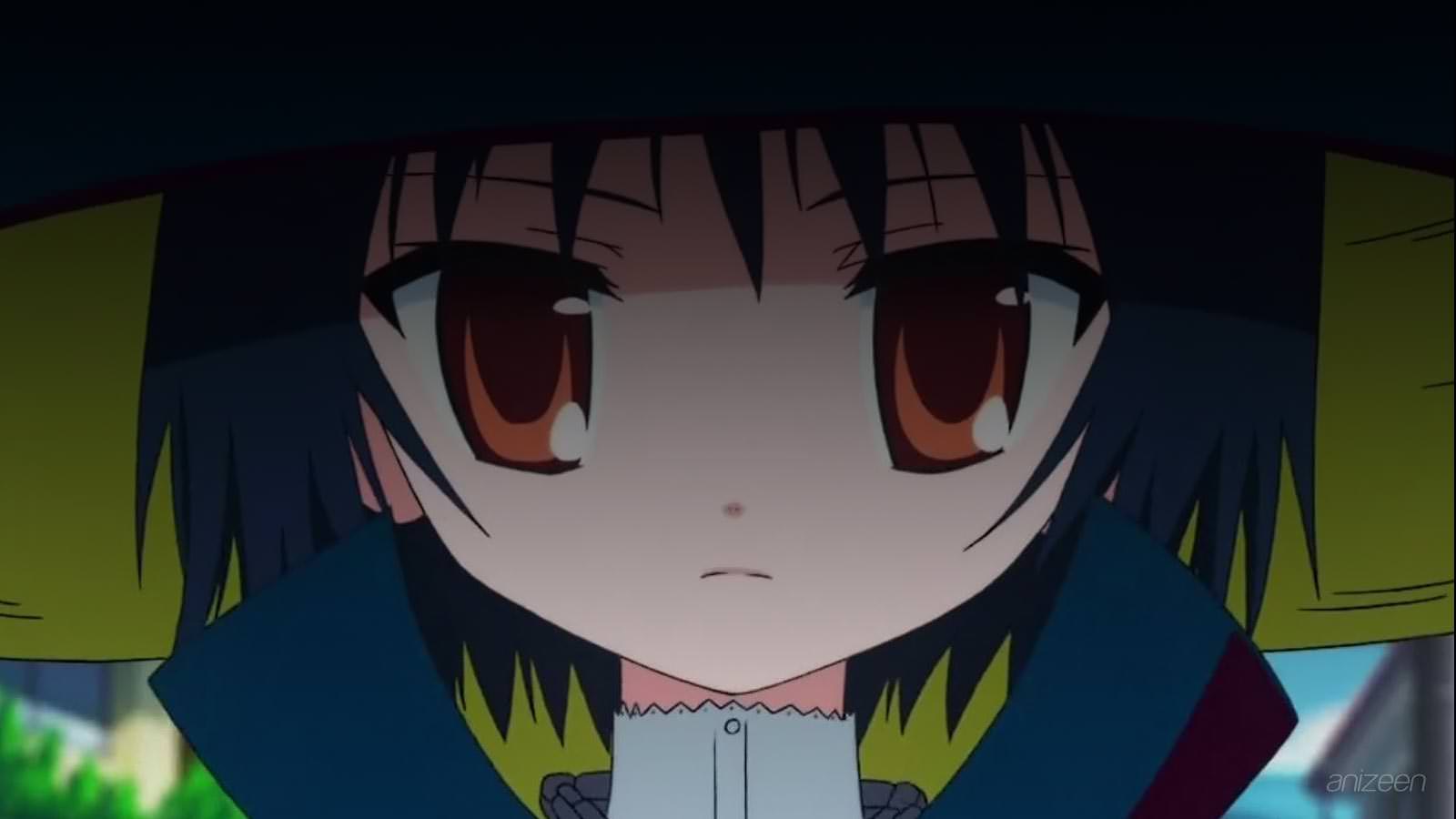 As a member of the Mysterious Discovery Club, Kouta Shibaki has not much to do but hang around with three guys. For Kouta, high school has not been a pleasant experience so far, all he desires is a normal life, but seems unlikely.

One day, as part of his club activities Kouta accidentally summons a witch using a strange manual that was in the library. Deep inside he would love to ask for a girlfriend to end up his misery, but as he feels pushed by the club president, he ends up asking for some girl panties.

Later, Rurumo Maji Mojiruka, a witch, falls down from the sky, Kouta is amazed and can’t understand, especially when she says she has come to take his life.

Once at home he is surprised by a pair of panties in his room, he can’t believe those are Rurumo’s, and that the whole story is truth. Now, if Rurumo fails to take Kouta’s life, she must be punished and locked down in prison.

For some reason, Rurumo was punished before, and she really doesn’t want to suffer that humiliation again. As the time goes by, the day comes to an end, and Rurumo must suffer for her incompetence.

Somehow, Kouta is able to break the contract and Rurumo is set free, later on, Kouta receives a strange delivery, some tickets he can’t recognize.

That day, he remembers Rurumo and wishes to see her, again, she falls down from the sky and gets hurt. Now, she is back and tells him she has been punished in a different way, the tickets are magical and will grant any wish from Kouta and Rurumo will perform the spell for him.

Unfortunately for Kouta, if he finishes the tickets, his days on earth are over.

Majimoji Rurumo
(まじもじるるも)
A manga series by Wataru Watanabe, author of the manga series Yowamushi Pedal. The first manga series was serialized in Kodansha’s Monthly Shounen Sirius magazine from October 2007 to 2011. A second and third manga have been serialized, from 2011 to 2013, and from 2013 on, respectively. An anime adaptation produced by J.C.Staff began airing in July 9, 2014.
OP
S1. “Seiippai, Tsutaetai!” ~ Suzuko Mimori
ED
S1. “Futari no Chrono Stasis” ~ Yurika Endou
WEB