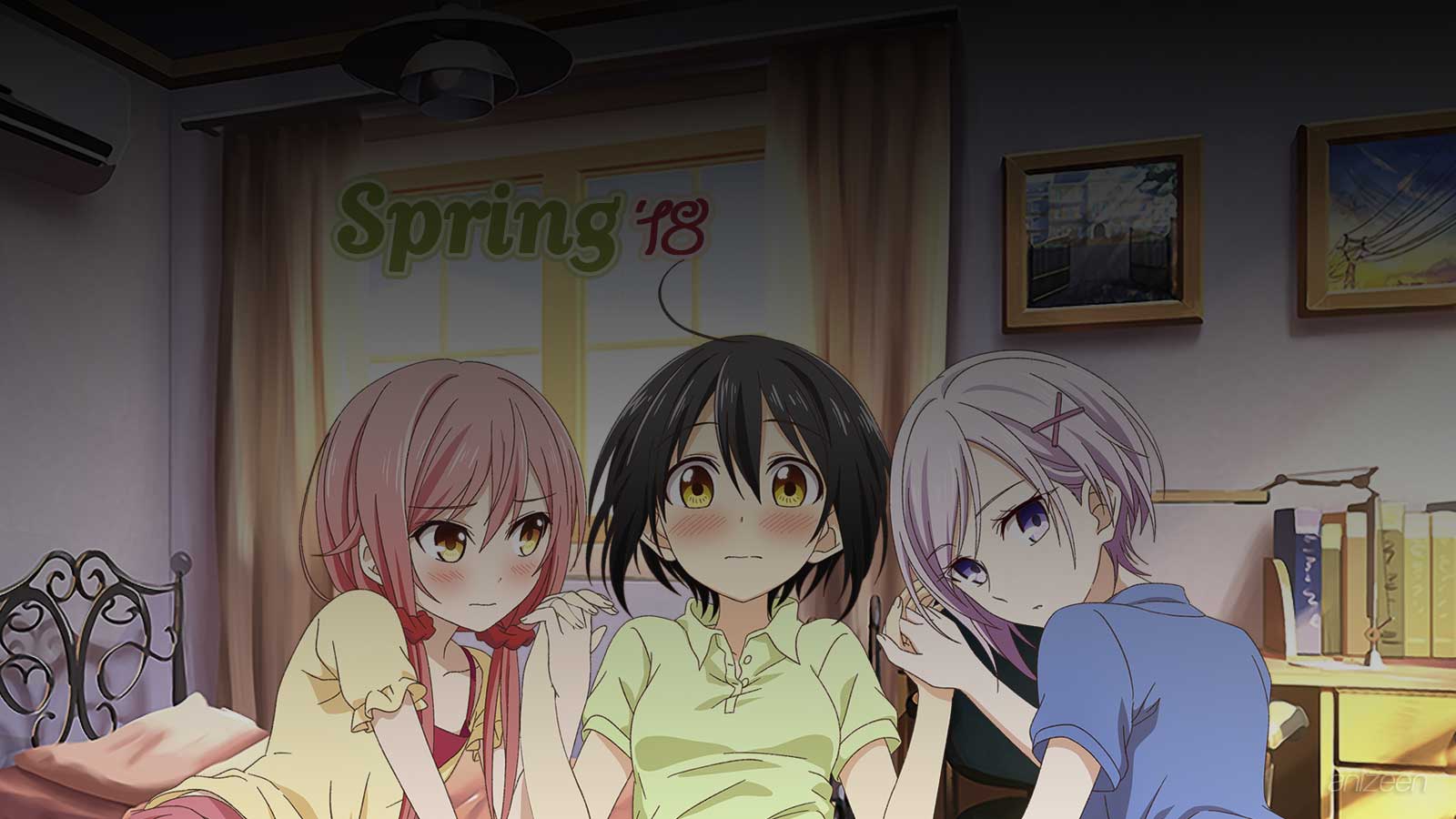 So, we are preparing for the upcoming Spring, and the year has been crazy in so many ways. Unfortunately, politics are a big issue thanks to an orange potato. However, I will keep my faith and eyes in life itself, which is important.

In terms of anime, the Spring Anime Season 2018 shows us that the industry is alive and kicking. There are a lot of series, and many original works on the way.

Now, we can start in the deep of the forest, where a woman dies, leaving a baby boy with a tragic fate. In Sword Gai The Animation, Amon, a sword-smith, finds him and decides to take him in. Years later, the boy, named Gai, has become Amon’s apprentice. Unfortunately, in an accident he loses his right arm. Amon decides to use a demonic sword called “Shiryuu”, to create an artificial arm for Gai. You might understand something evil is about to happen.

Then, in Nil Admirari no Tenbin Teito Genwaku Kitan, in an alternate timeline, during an extended Taisho era in the 1930s. In order to save her family’s honor, Tsugumi Kuze accepts an arranged marriage, however before it happens, and her brother commits suicide while holding an old book. The Imperial Library Information Assets Management Bureau appears and informs her of books called Maremono, which influence those who read it. Now, she has gained a strange ability, able to see the sentiments of Maremono.

Back in our time, we find an unusual family, where a marriage of mad scientists want a family. Based in a Chinese comic comes Jikkenhin Kazoku: Creatures Family Days, where most of the five siblings are modded humans called “creatures.” The family members aim to become a “normal” family.

In addition, if you need something even stranger, meet Saki Uno, a newbie teenager idol who wants to get close to her best friend’s brother, who also is a popular idol. In Mahou Shoujo Ore, the idol project fails, and as she quits, she learns that her mother used to be a ‘magical-girl’, and her mascot used to be a yakuza. She forms a contract with him, and ends up becoming the worst magical-girl you expected.

That is not all the magic during the season. In, Mahou Shoujo Site, Aya Asagiri has fallen victim to bullies at her school. Looking for distraction to her troubles, she finds a mysterious website called “Magical Girl Site”. Simply visiting the page is all it takes to put Aya into the deadly world of the Magical Girl Apocalypse. I bet you were not expectig that, right?

Meanwhile, in Tachibana-kan to Lie Angle, Natsuno Hanabi goes back to her hometown to study high school, she is excited because she is supposed to live in a luxurious dormitory. However, she ends up at a run-down but lively Tachibana House. And, somehow, she ends up stuck between a childhood friend and a mysterious girl.

If you enjoy romantic comedies, meet Akkun, who seems to be a total moron with his girlfriend Nontan. His behavior is harsh towards Nontan with verbal abuse and neglect. However, deep down he is a softie, or not? In Akkun to Kanojo, he takes his love for her to a limit, and acts like a stalker by tailing her or eavesdropping.

In the meantime, in Tokyo, Tsukasa is attacked by a devil; she is rescued by a vampire named Anzai. He is able to blend among humans with no problem. In Devils` Line, he uses his supernatural power tow work as a member of a mysterious police task force specialized in devil-related crimes.

Then we meet J.D., who participates in fixed boxing matches in an underground ring in order to survive. In Megalo Box, he enters the ring once more, however, this time he encounters a real oponent. He wants to take on a challenge that risks everything.

In a world where fantastic beasts known as “Spirals” are born from isolation. In Last Period: Owarinaki Rasen no Monogatar, those who can defeat the beasts are called “Periods.” Haru is an apprentice Period, and after a mysterious theft incident, Haru and only two other Periods start their work to rebuild their Division.

Finally, there are a couple intriguing movies on the way, like: Liz to Aoi Tori, Asagao to Kase-san and even Batman Ninja. Along with the classic movie from Meitantei Conan or Crayon Shin Chan.

Have a great season.