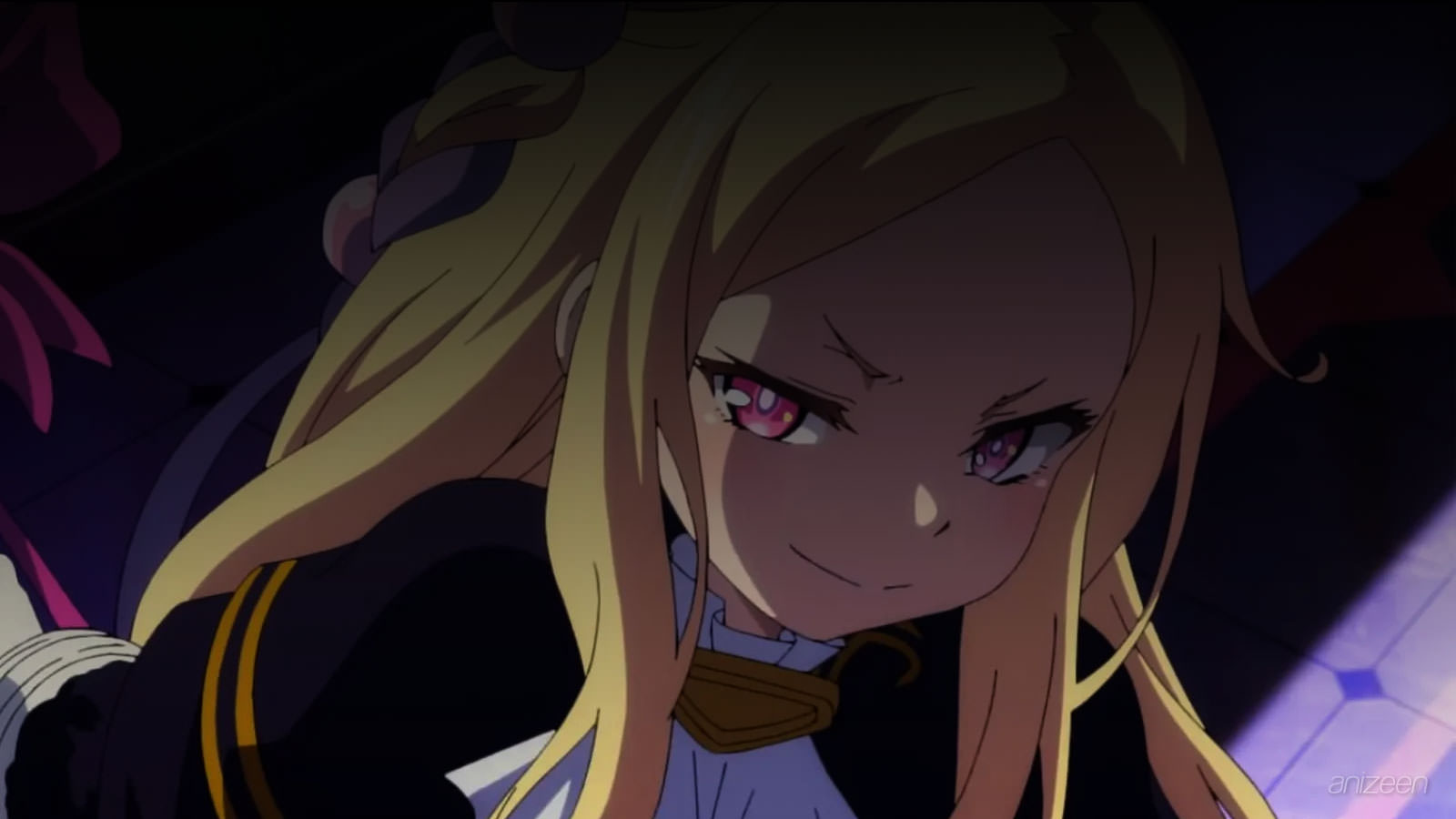 Saybil does not seem to know who he is, and why he was taken to a world where magic is a serious matter.

After three years at the Royal Academy of Magic in the Kingdom of Wenias, Saybil is still unable to recover his memories and is struggling to stay in line with his studies.

He is seen as a mysterious student, and ends up graded as the worst student in the academy. One day, he is summoned to the headmaster’s office and everyone begin to speculate he will be expelled.

In front of Albus’s office, Saybil finds an interesting witch named Loux Krystas asking her to open the door.

As soon as Saybil tells her he has been summoned by Albus, she tries to convince him to open the door, and once he cannot do that, Loux Krystas tries to threaten him with her powerful staff, know to consume other witches.

Before she can continue, Holdem, one of Albu’s aids show up and begin to argue with Loux Krystas. The little witch seems to be quite a character and they begin to fight.

Finally, Albus opens the door and allows Saybil to enter, he is instructed to go in a field trip, after all, he is not making any progress at the academy and Albus want Saybil to develop his abilities in a different environment.

Despite their power, witches cannot be seen in a regular basis, their war against the Church decimated their number, and still today, they are hunted and denied a place in the world.

After that, Albus created the magic academy, and allowed anyone interested to learn magic. However, in the south part of the kingdom, things are not as peaceful, and Albus wants to build a witch village, a place where they are treated as normal people.

Saybil is meant to travel and establish the new town, he has three years to grow, however, if he fails, his recent memories will be erased, leaving him without a single memory once again.

Loux Krystas, the Dawn Witch, decides the journey is quite a challenge and decides to escort Saybil and his party to their destination, however, in exchange for her services, she wants access to the first manual of magic, known as The Grimoire of Zero.

Albus tells her that accessing the book is forbidden, however, she could arrange a meeting with the author.

The next day, Loux Krystas waits for the students in town, besides Saybil, she is to escort Holt, the most recognized student in the academy and Kudo, a lizard, who questions why the worst student is part of this special program.

After that, he declines Loux Krystas’ escort and says he will travel alongside other persons.

As they travel, Saybil tells them he cannot control his power, and fails to cast simple magic and continue his learning without issues. Nothing is more dangerous than casting without control, and Loux Krystas agrees he might not be well suited to become a mage.

Meanwhile, in the forest, someone who used to belong to the church begins to hunt Kudo, claiming there will be no peace between them and the witches.

The next morning, they found out that Kudo and his party were attacked, he knew they were witch hunters and draw attention to him, allowing his schoolmates to escape unharmed.

Loux Krystas decides to look after him, after all it was her error to allow him to travel on his own.

Mahou Tsukai Reimeiki
(魔法使い黎明期)
A light novel series written by Kakeru Kobashiri, illustrated by Takashi Iwasaki and Yoshinori Shizuma. This is the sequel of Grimoire of Zero, published by Kodansha since 2018 under their Ranobe Bunko imprint. A manga adaptation with art by Tatsuwo has been serialized in Monthly Shounen Sirius since 2019. An anime adaptation by Tezuka Productions premiered in April 8, 2022.
OP
S1. “dawn of infinity” ~ fripSide
ED
S1. “Imprinting” ~ ▽▲TRiNITY▲▽
WEB