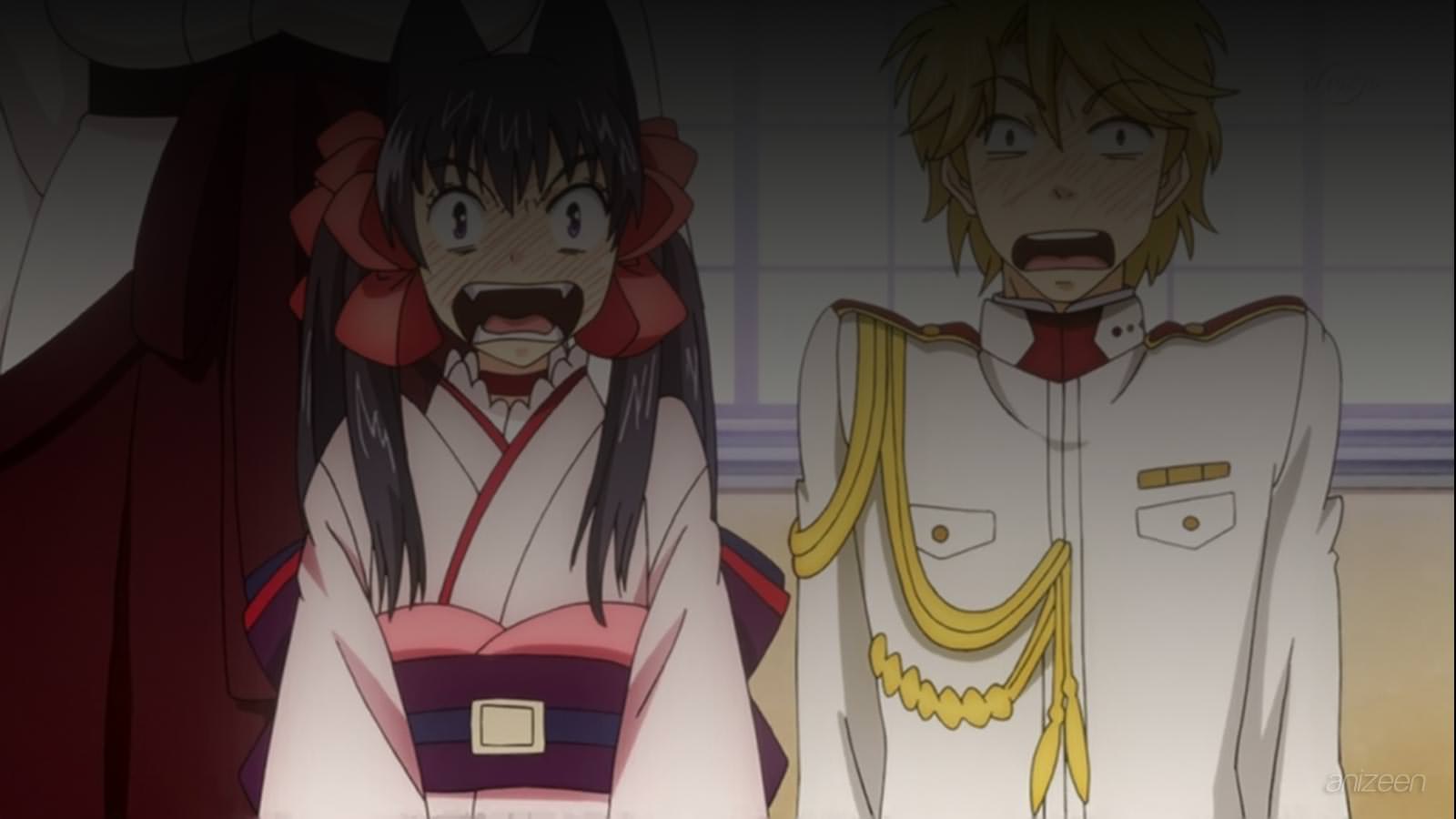 During the Westernization of an alternate Japan, humans and spirits coexist. However, some spirits have been causing trouble, and the Ministry of Spirit Affairs is established to maintain harmony.

Lieutenants Kei Agemaki, Riken Yoshinokazura, and Ganryu Hanakiri are chosen to represent the humans. They are introduced to their female half-spirit partners: Zakuro, Susukihotaru, and twins Bonbori and Hozuki, respectively.

While Susukihotaru, Bonbori, and Hozuki are delighted, Zakuro is disgusted with humans and their acceptance of Jesuit ideas. However, she becomes smitten with Agemaki. Shortly after, spirits Sakura and Kiri play around Kei, who immediately becomes nauseous and falls over.

In private, Yoshinokazura advises Kei against working with spirits as Kei’s fear of spirits is severe. He believes that he has no alternative because of what his father might say if he learns about his fear. That night, Kei Agemaki walks through the manor and is frightened by the spirits. He runs into Zakuro and hugs her. She interprets this as a romantic gesture.

However, he asks her to accompany him to the outhouse because he is too scared to go alone. She becomes angry and wonders how she became smitten with a coward. In the morning, the representatives attend a flower viewing. While they are walking, a crowd stares at the spirits and whispers behind their backs.

Zakuro points out that they are used to this and tells Kei that he is no different from the crowd. Lightning strikes the ground, and the lightning beast Raiju appears. Because Raiju is well-behaved, the spirits are unconcerned. However, Raiju attacks. Kei rescues Sakura and Kiri, but is too frightened to run away. The girls fight and return Raiju to a calm state. As the representatives continue their party, the spirits wonder why Raiju lost control.

Zakuro is an impulsive and assertive half-spirit girl who looks like a normal girl with fox ears atop her head. She is chosen to be a spirit representative in the Ministry of Spirit Affairs. However, she is opposed to the idea of forming the Ministry and believes that allowing humans and their Jesuit ideas into the manor is disgusting. Despite this, she becomes smitten with Kei Agemaki shortly after the two are partnered. Once she learns that he is afraid of spirits, her opinion of him is greatly diminished and she constantly calls him a coward.

Kei Agemaki is a second lieutenant in the imperial army. He is chosen to be a human representative in the Ministry of Spirit Affairs and is partnered with Zakuro. However, he has a severe fear of spirits and a fear of heights. He tries to hide the fact that he is afraid of spirits because of what his father might say about it. He makes an effort to understand Zakuro and other spirits, although this causes him to make the wrong conclusions, like offering the half-fox spirit Zakuro a candle to eat when he does not realize fox spirits do not actually eat candles.

Susukihotaru is a shy half-spirit girl who looks like a normal girl with fox ears atop her head. She is chosen to be a spirit representative in the Ministry of Spirit Affairs and is partnered with Riken Yoshinokazura. Initially, she wants to be partnered with someone else, as she thought Yoshinokazura is big and scary. Upon hearing this, he crouches down and asks her if he is still scary. After this, their relationship greatly improves. When Susukihotaru was first brought to the manor by Kushimatsu, Susukihotaru did not have the power to fight, but once she met Zakuro she realized the spiritual power she possessed.

Riken Yoshinokazura is a straight-faced and stoic second lieutenant in the imperial army. He is chosen to be a human representative in the Ministry of Spirit Affairs and is paired with Susukihotaru. When he overhears that she is afraid of him because of his height, he crouches down and asks her if he is still scary. He cares for Susukihotaru greatly, and she senses this when she injures his hand while she is possessed by a sword.

Bonbori and Hozuki are cheerful half-spirit girls who look like normal identical twin girls with fox ears atop their heads. They are chosen as spirit representatives in the Ministry of Spirit Affairs and are partnered with

. They think the idea of a Ministry of Spirit Affairs sounds like fun and are delighted to be working with humans. They immediately take a liking to Ganryuu and tease him about many things he says.

Ganryuu Hanakiri is a proud second lieutenant in the imperial army. He is chosen to be a human representative in the Ministry of Spirit Affairs and is partnered with Bonbori and Hozuki. He is able to tell the twins apart while they were trying to confuse him despite the fact that they’re are exactly identical except for their voices. It’s indicated that for his age, he is advanced in terms of intelligence and skill.