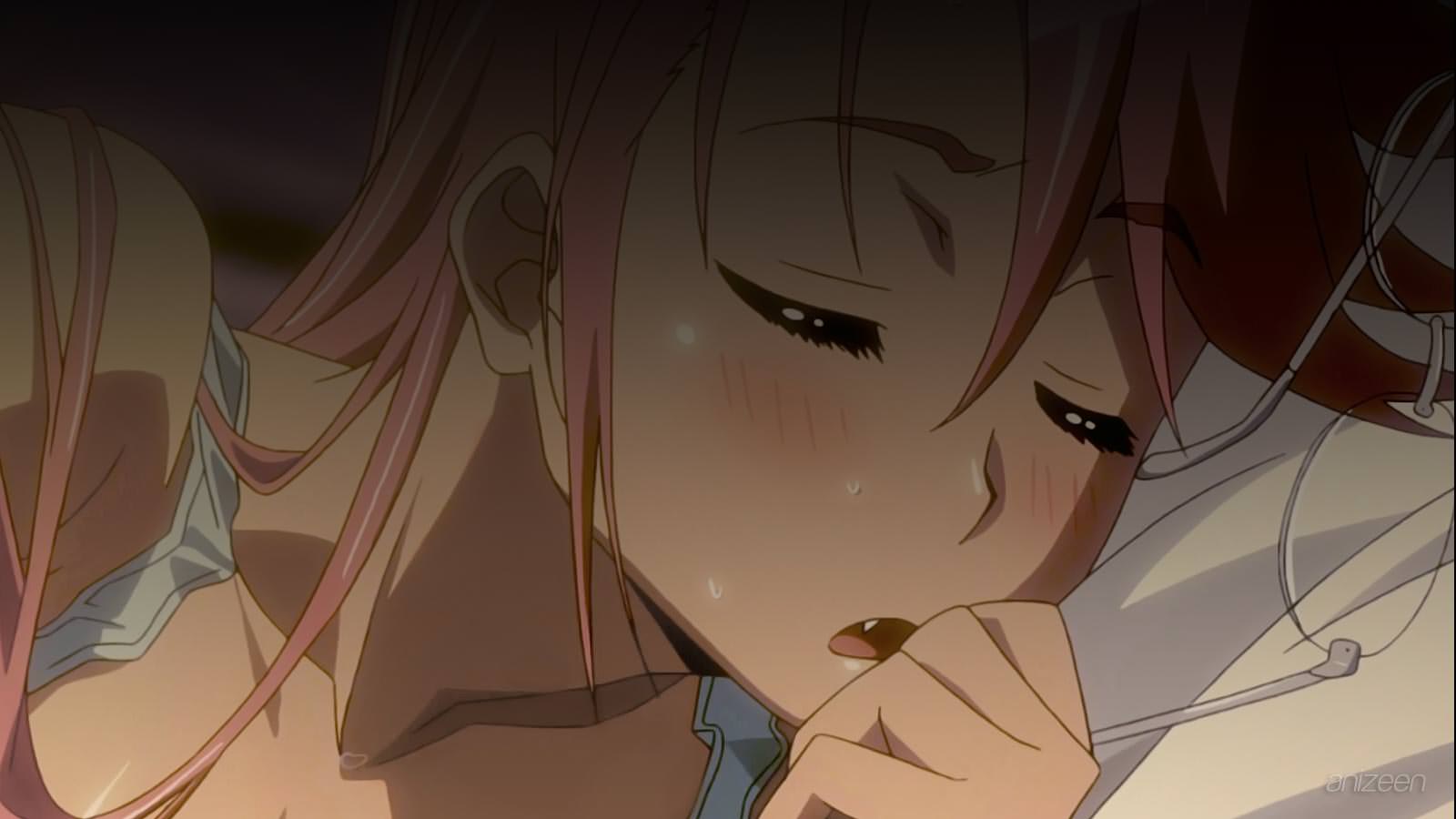 It is supposed to be a normal day at Fujimi High School, unfortunately for the students, the world is over taken with a very deadly disease that turns humans into zombies.

Takashi Komuro is an average student who has been dumped by his childhood friend, Rei Miyamoto, and is now withdrawing into himself a bit, enough so that even one of his friends informs him he’s acting like he’s in elementary school.

Takashi’s childhood emotions come to an end when he watches from up high as a student at the front gates violently attacks and practically eats the teachers who came out there to see what that person wanted. A simple day at school suddenly takes on a lot of tension as violence has now entered fully.

Everything turns to a massive amount of chaos quickly as one infection leads to another and before you know it the bulk of the student body has been turned into walking corpses.

Takashi and his friends haven’t been infected, and they try their best to stay alive, knowing that this isn’t a movie or a bad dream, but also realizing that the only way to stop “them” is to smash some heads and destroy some bodies.

Alongside the school nurse, Shizuka Marikawa, Takashi, Rei and Hisashi band together to survive the present apocalypse. There will be rivers of blood, so, be prepared!

Takashi Komuro is a sophomore high school student, Takashi is in the same class as Rei whom he has been friends with since childhood. He’s loved her ever since she made a childhood promise to marry him when they were older. However it was his hesitance and ignorance about her feelings that caused tension in their friendship which led to her starting to date his friend Hisashi. His resolve to protect Rei and everyone else earns him respect despite his own feelings of inadequacy.

Rei Miyamoto is a classmate and childhood friend of Takashi, they’ve known each other since kindergarten. When they were little she promised that one day she would marry him. Despite liking Takashi, their relationship was at odds at the beginning due to his indecisiveness. It was then that she started dating one of his friends, Hisashi, since he wouldn’t make a move. She doesn’t find it above herself to reprimand Takashi for acting carelessly. She worries about his well-being yet admits that his selfless nature is one reason why she fell in love with him.

Shizuka Marikawa is the school nurse at Fujimi High School, she is rather ditsy as compared to the rest of girls in the group. She lives with Rika Minami, a sniper of Japan’s Special Assault Team. Her home was used as a safe haven for the group once they escaped the high school. As a nurse she is responsible for the health and care of everyone in the group and is efficient at doing so.

OP ~ HIGHSCHOOL OF THE DEAD