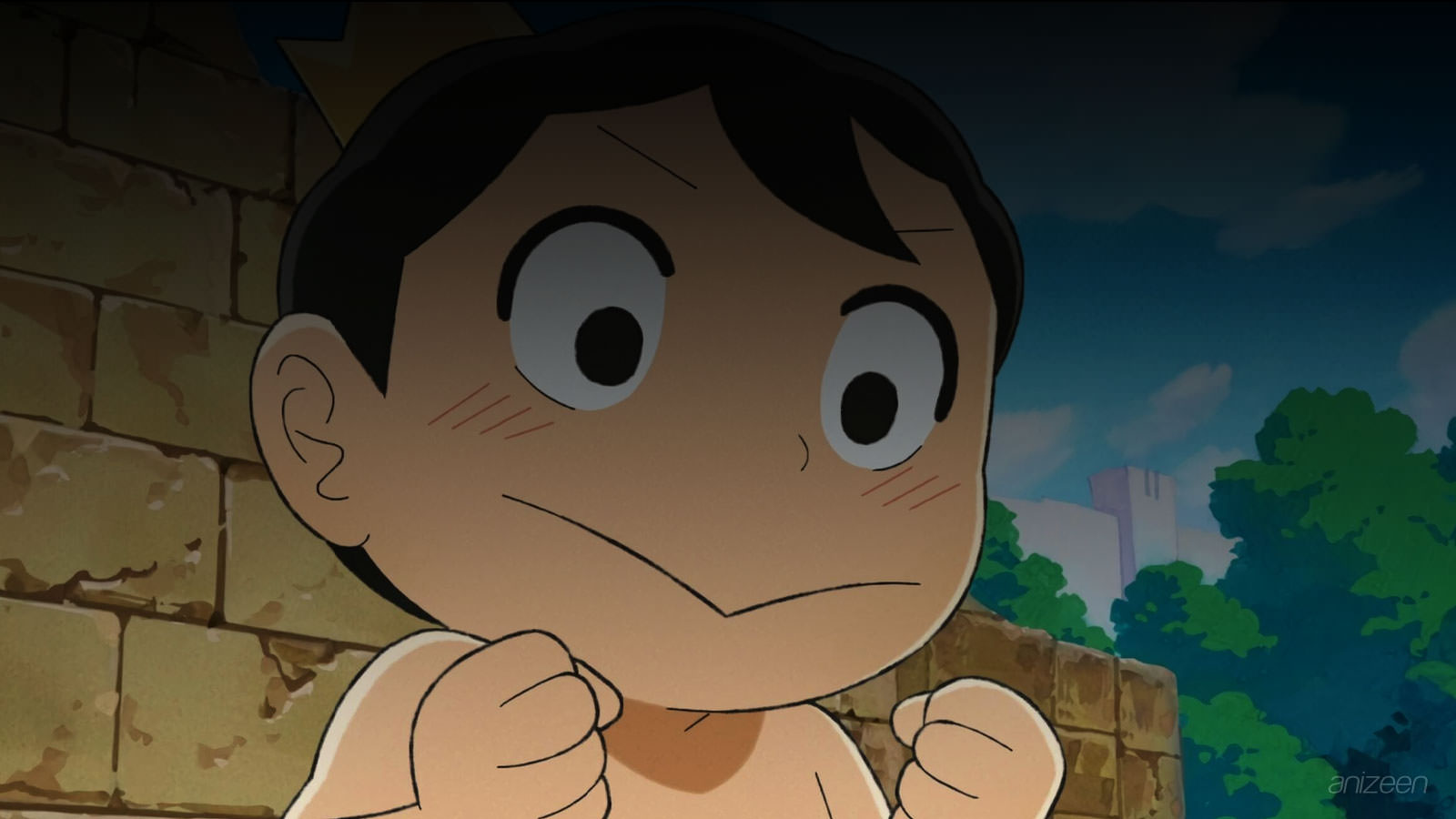 Kingdoms prosper in this world, to such an extent that there is an organization that ranks and orders them according to their resources, but above all by the presence of their king.

Bojji is the firstborn son of a powerful king, but unlike his father, he is seen as helpless because he does not speak or listen.

And it is not strange that the inhabitants of the kingdom make fun of him, or annoy him in public. Despite this, Bojji tries to be strong and hides his frustration and anger from everyone.

One day, he meets Kage, a survivor of an extinct clan of assassins, who now uses his abilities to survive. Seeing him so well dressed, Kage decides to rob Bojji, and for some reason, he is able to communicate with the boy with no problem.

It is thrilling for Bojji, and he gladly hands over his clothes to him, and somehow, he tells Kage that he has more to offer. Thus, the days go by, the boy gives him his clothes and then returns to the castle almost naked.

One day, Kage decides to follow him, and at that moment he realizes that in this town they do not respect Boiji and make fun of him. And once in the castle, he is harshly reprimanded by his stepmother.

Kage begins to feel responsible; and decides to follow Bojji, but he is discovered by one of the king’s guards.

Meanwhile, Bojji is called to the rooms of his father, who lies sick and weak. The king asks him to give his best and keep on training in order for him to become a good king.

Bojji has the determination, but not the physical strength to go with it, and despite he follows the instructions of his tutor, he just doesn’t have what it takes to lift his huge sword.

The worst thing is that his younger half-brother has grown much stronger than him, and now wants to seize the throne as soon as his father dies.

Kage ends up locked in a dungeon, accused of being sent to assassinate the king. Faced with such injustice, he decides to escape, but before leaving the castle, he listens that Bojji and Daida will face each other in a training duel, and decides to watch them from a distance.

Kage is surprised to see that, despite his size or his condition, Bojji can defend himself against his brother in an exceptional way, which arouses Daida’s anger, who does not understand how a weakling like Bojji can evade his attacks.

In the end, Bojji is ordered to confront Daida head-on, and he receives a brutal beating. The path of the young man is just starting, and it will not be easy.