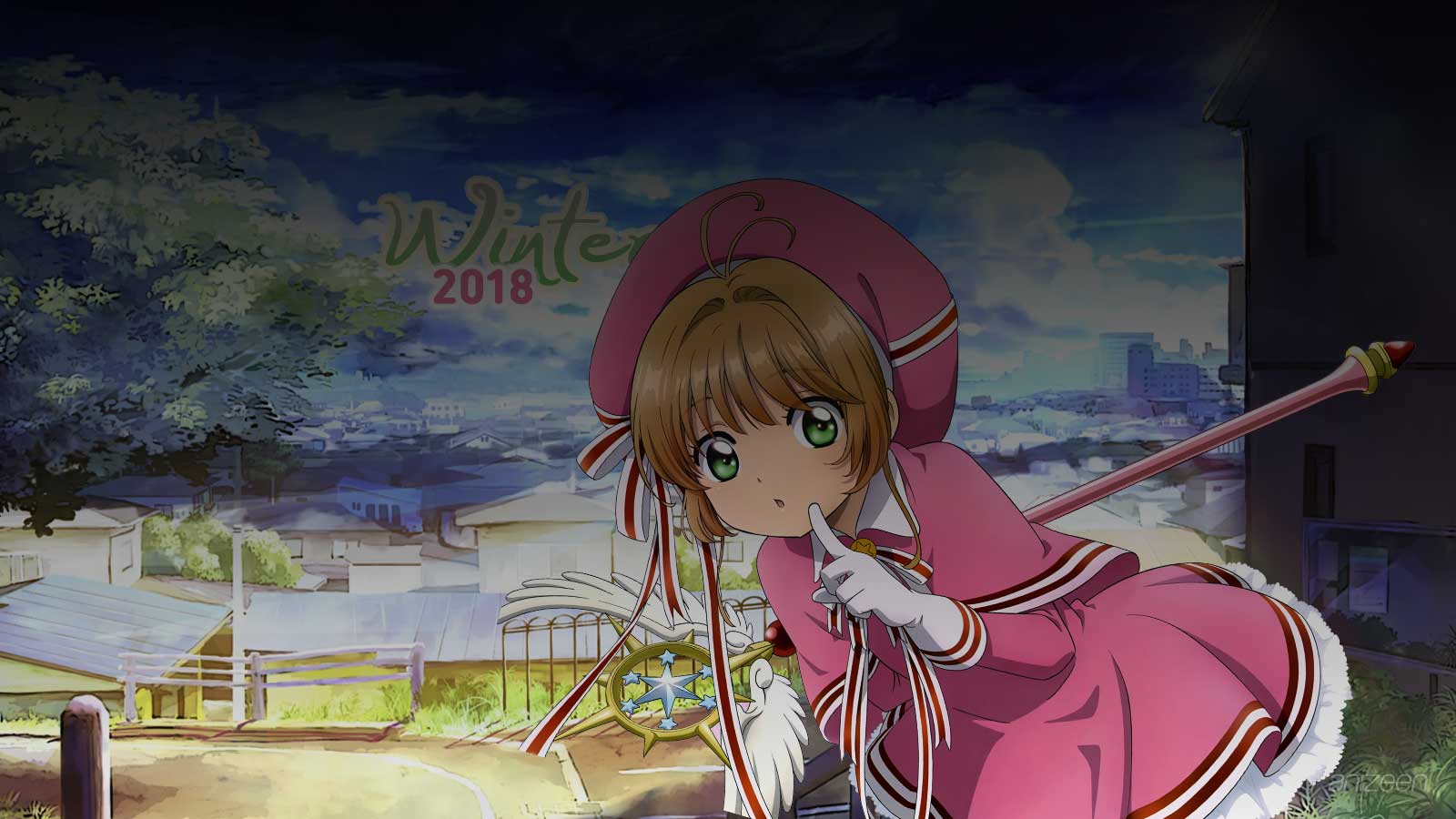 Without a doubt, 2017 was a challenge in so many ways, as it comes to an end I am grateful it has ended. However, the challenge is far from over, and 2018 will be a test of patience and hope for the future.

In terms of anime, the Winter Anime Season 2018 is here, and it will include several intriguing sequels.

Let’s start with Akira, a shy high school student who used to be a part of the track and field team but, due to an injury, she has retired. In Koi wa Ameagari no You ni, she works part-time at a family restaurant as a recourse, and suddenly she finds herself inexplicably falling in love with her manager, a divorced 45-year-old man with a young son. It is true that love has no age, but according to the law, it might.

Meanwhile, in a different setup, we find Koizumi, a very attractive high school student. However, she has a mysterious behaviour, she has become a ramen master, and she is usually in the hunt for great restaurants. Moreover, in Ramen Daisuki Koizumi-san, she can eat, and you will see Koizumi down a giant bowl of ramen faster than any large man will.

In Toji no Miko, you will find young priestess fighting evil with huge swords. Those who wear uniforms and swords are called Toji, or Tokubetsu Saishi Kitoutai, in the police association. They are officially approved by the government officials and are sent to train into one of five schools.

Then, for the ecchi at heart, Yuzu’s mother has re-married. In addition, as soon as she transfers to her new school, she realizes there will not be a high school romance. In Citrus, she enrolled a very conservative school. And, it does not take too long for her to find troubles, especially with the student council president, Mei. Who, by the way, is her new stepsister. And where is the ecchi part? You will find out really soon.

Now, for those who long the sweet memories, in Cardcaptor Sakura: Clear Card-hen, Sakura is 14 years old, and she starts middle school. After having a dream with a mysterious figure, all of her cards turn blank and become powerless. She will search for a solution; in the meantime, she will discover her new powers.

If you need a light comedy, hopefully Gakuen Babysitters will be a nice pick. After their parents died in a plane crash, Ryuuichi -and his younger brother Kotarou- are taken in by the principal -who they never met before- of an elite academy. There, Ryuuichi will becomes the school daycare’s new babysitter.

Now, as the year begins, we need more laughs. Meet Nishikata, who falls victim of Takagi’s pranks day after day. In Karakai Jouzu no Takagi-san, he will try to get payback at her, unfortunately, she is relentless. His goal is to make her blush, at least once.

However, you might enjoy a different scenario. Let’s meet Ichirou, a programmer who has been juggling multiple tasks and two different projects. Finally, after 30 hours he will be able to lay down and sleep. Somehow, he starts dreaming, and it is quite real. In Death March kara Hajimaru Isekai Kyousoukyoku, he finds inside an RPG game, and for some strange reason, after dealing with a higher level army, he ends up being an elite player. Now he has to find a way out of the game he has created.

Finally, in a different world named Telesis, during a battle, Violet heard some words she cannot forget. These, were given to her by someone she holds dear, more than anyone else. However, she does not know their meaning. In Violet Evergarden, she spends her time searching for an answer.

You will be able to find remake series like: Hakyuu Houshin Engi or Basilisk: Ouka Ninpou Chou. And new episodes in: Overlord II, Dagashi Kashi 2, Nanatsu no Taizai: Imashime no Fukkatsu or Yowamushi Pedal: Glory Line.