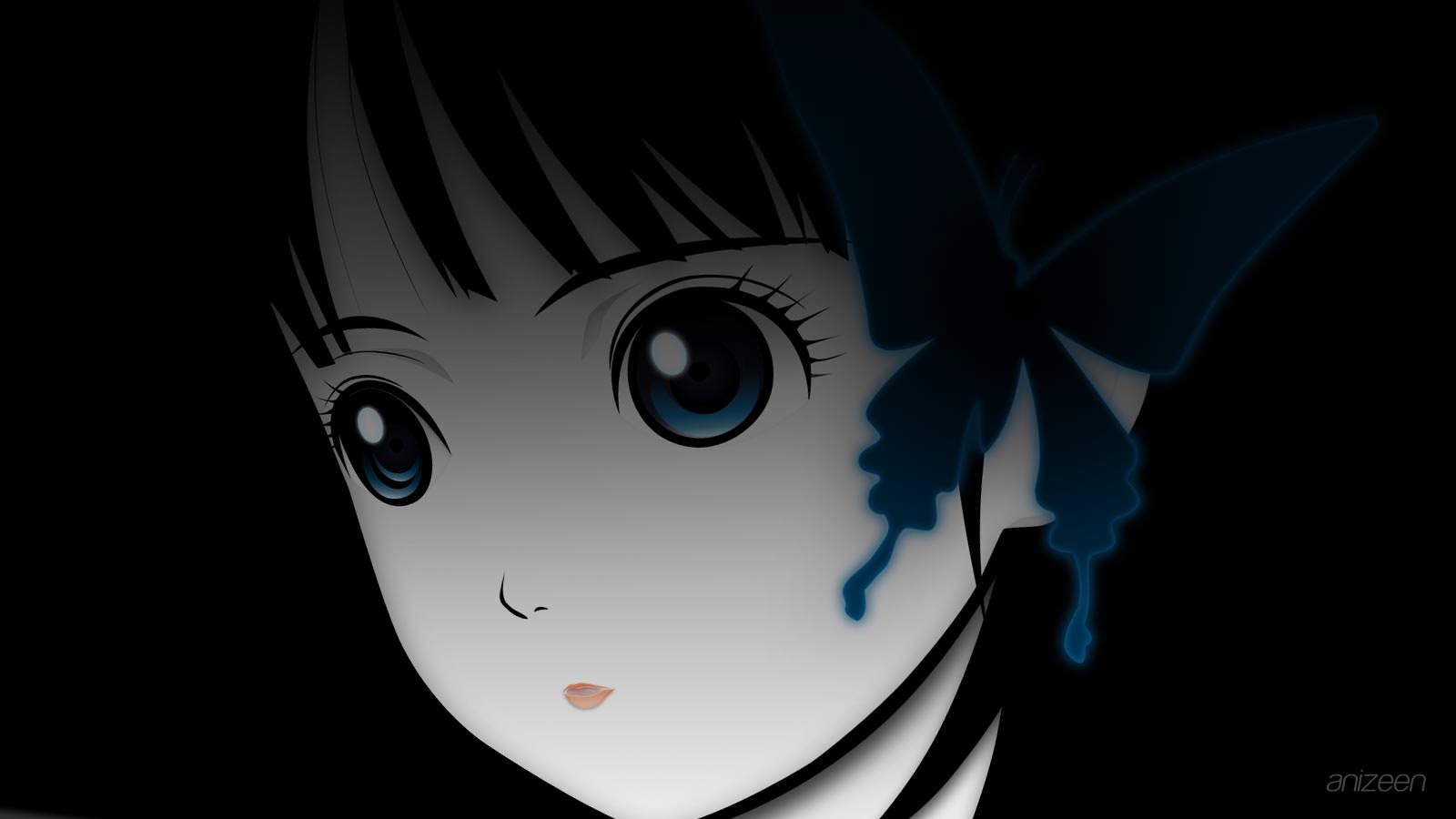 Most episodes are self-contained short stories in which the series narrates the suffering of a different individual caused by one or more antagonists. A website known as Jigoku Tsuushin, or Hell Correspondence, may only be accessed at midnight by one who harbors a desire for revenge against their tormentor.

If someone submits the name of a person against whom they have a grudge, the Jigoku Shoujo will offer them a straw doll with a red string wound about its neck. If the string is pulled, she will ferry the target of the revenge straightaway to Hell, however the client agrees to a pact where those who request her intervention will also be sent to hell at the end of their natural lives.

During each story, the protagonists’ dramas are explained in detail from the start of their grudges, through the escalation of their torment until it becomes unbearable and they resort to accessing the Hell Correspondence website. The contents of the site are only a text: “あなたの怨み、晴らします。” which is read “anata no urami, harashimasu” and means “We will take revenge, on your behalf”.

When not actively assisting Ai, the three remain in their straw doll forms. The trio help Ai investigate the true nature of their clients, and occasionally present the victims with the sins they have been accused of before Ai appears to ferry them to hell.

In Jigoku Shoujo Mitsuganae, after Ai Enma’s supposed death after the events of the 2nd season, her three helpers, Ichimoku Ren, Wanyuudou and Hone-Onna live out their existence in relative peace. This is suddenly shattered when Kikuri returns to recruit them. Meanwhile, Ai mysteriously reappears from the dead and uses the body of a young schoolgirl, Yuzuki Mikage, to revive the Jigoku Tsuushin operation. Yuzuki is aware of Ai’s presence however, and she has been shown to see what Ai sees.

Ai Enma has long, flowing hair and red eyes, she is a spiritual entity with a tragic past, who lives in a world of eternal twilight with her grandmother, and is the one who receives and delivers vengeance on her clients’ behalf. She normally wears a black seifuku, or sailor uniform, but always wears a kimono with floral designs when delivering the vengeance of a client. Ai’s return to the series after she was presumed dead. In the beginning of the season, she transports another girl, Yuzuki, to a strange illusion and dream state, where Ai makes the girl her new “vessel”.

Wanyuudou is the first of Ai’s three companions. He generally appears as an old man whose eyes remain mostly shut, wearing a traditional yukata with a long-sleeved haori, and a red scarf around his neck. When necessary, he takes the form of the black straw doll, by wrapping his scarf tight around his neck, that Ai hands to her clients in the series. He also frequently takes the form of an Ai’s coach with burning wheels when she goes to the human world to claim a soul. Ai has stated that before he performed this task for her, she used to walk to and from her sunset world.

Ren Ichimoku is Ai’s second companion, and usually takes the form of a young man. He can manifest a single large eye that can be directed anywhere, allowing him to see the inside of a building through projecting the eye on the walls and ceilings. The large eye can also be used as a weapon through projecting intense flashes of light. When so required, Ren becomes the blue straw doll by kissing a pendant he wears around his neck. Ren’s name means “one glance company”.

Hone Onna is Ai’s third companion, and she often takes the form of a woman in a kimono with its obi tied in front–the trademark of an oiran (In the second season, her obi is tied at the back) and a slightly disheveled hairstyle. She dislikes being called “old lady”. She becomes the red straw doll when necessary by tossing her red obi jime, or cord, over her shoulder. Hone Onna and Ren investigate the people who make a contract and the ones they have a grudge against.