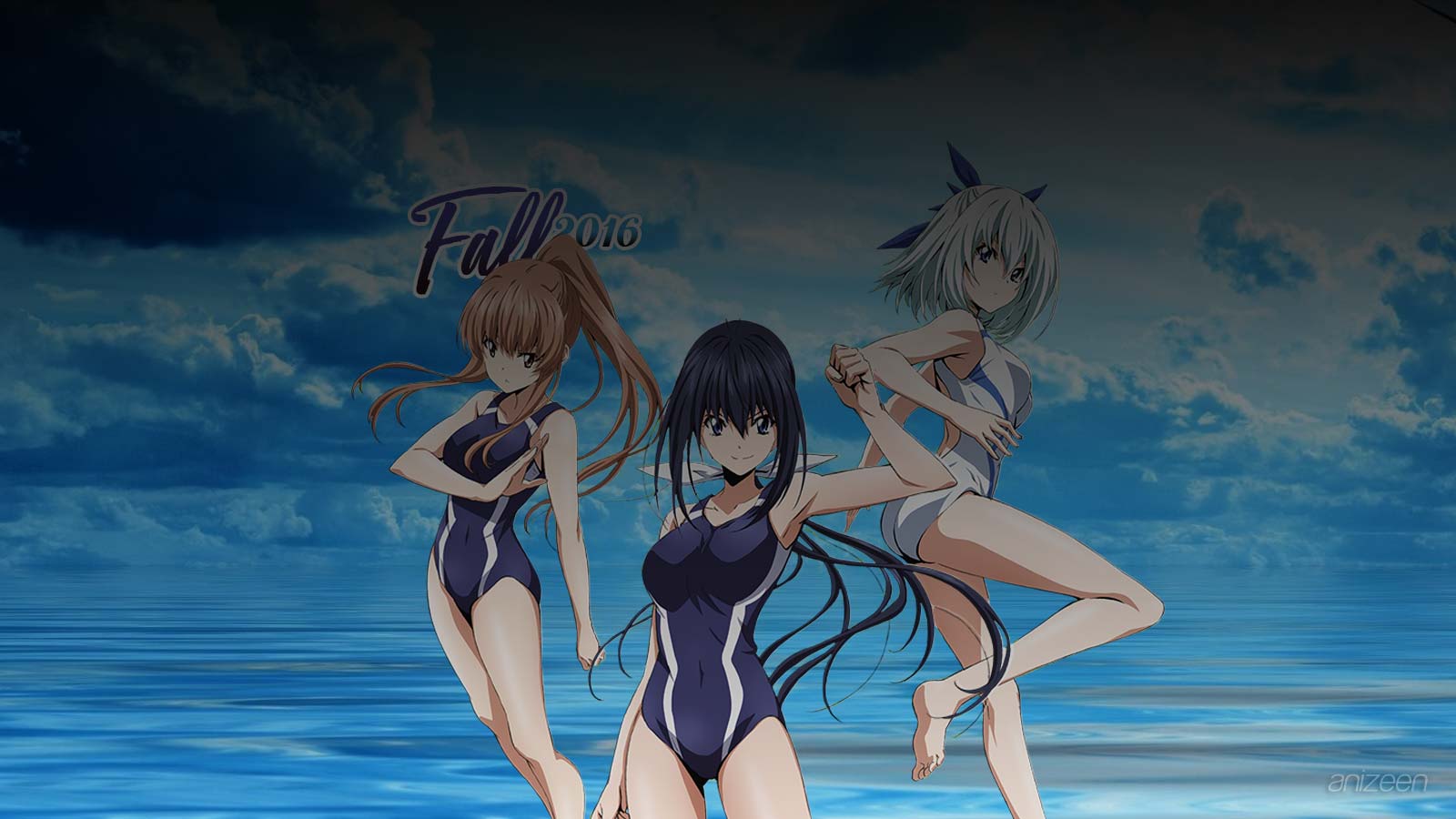 As you prepare for the end of another year, everywhere around the world, something is happening. We might be on the brink of big changes, and we might be prepared.

But if we talk about anime, this might be one of the most significant seasons in years. Maybe you haven’t realized, but the anime industry has been sliding down for a long time. The Fall Anime Season 2016 has a lot of new series, maybe too many, let’s see how many become our favorite.

The season starts with an early screening for Watashi ga Motete Dou Sunda, where Kae Serinuma is completely nuts about manga, especially if they feature romantic relationships between men. But one day, her heart is broken when one of her favorite anime characters dies. Due to the shock, she ends up losing a lot of weight. Before realizing, four guys ask her out, of course, she is not interested, but what if they date each other?

Meanwhile, in a distant time in the past, something strange has happened. In Bloodivores, a whole population has been struck with a rare case of insomnia. After a week, everyone has issues, and some has gone insane. A cure is on the way, but the results won’t be exactly as expected. A new species of vampires have arisen, and they want to survive.

And once we face uncertainty, we search for solutions. In Shuumatsu no Izetta, it is 1940, the world is immersing in chaos due to the war and a country’s greed will set sight in a small country, Elystadt. Izetta is a descendant of a clan of witches who had passed down mysterious powers for generations, now, she has to step up and prepare for invasion.

Meanwhile, the idol trend continues this season. In Idol Memories, it’s the year 2035, and virtual reality (VR) technology has evolved a lot. Now, world travel and other live experiences are enjoyed from the comfort of your own home. Takind advanteage of this VR, idols perform for a worldwide audience.

In ancient Japan, Chidori is a little ninja. In Nobunaga no Shinobi, Oda Nobunaga, a powerful daimyo of Japan in the late 16th century, rescues her from drowning in a river, and from that day on, Chidori is destined to serve Nobunaga. Five years later, she and Sukezou (who likes her) head out from their ninja village, determined to serve her savior.

And if you want to talk about old stories, in Soul Buster, Son Shin is a guy who lives in our time. But one day he breaks a seal in one of his dreams and erases the past known as the Sangokushi period. Without knowing why, he travels back in time and gets involved with the historic timeline.

It is Fall, and this means creepy stories, or at least a good amount of paranormal activity. In Kiitarou Shounen no Youkai Enikki, a kid with strong spirit sense is kicked out of his home and ends up living with Suzu, a house spirit. With such combination, spirits from all over start visiting this peculiar home.

In a similar path we find Occultic;Nine, where nine students will be linked by a strange occult summary blog written by Yuuta, a 17 year old student. In the end, everything will connect them to an incredible event, that may alter the entire world.

Now, let’s get back to our own and weird time, in Keijo!!!!!!!! (featured on the header) we’ll know a rare sport in which the contestants share a floating platform and they have to fight using their chest and butt. Nozomi wants to be part of it and turn pro once she finishes her high school education.

Finally, in Udon no Kuni no Kin`iro Kemari, Souta is a web designer working in Tokyo. One day he visits his family’s place in his hometown, there, he discovers a young boy named Poko. Souta learns his secret and decides to quit his job in order to take care of him.

You really have to manage better you time to stay update this season, that’s for sure!