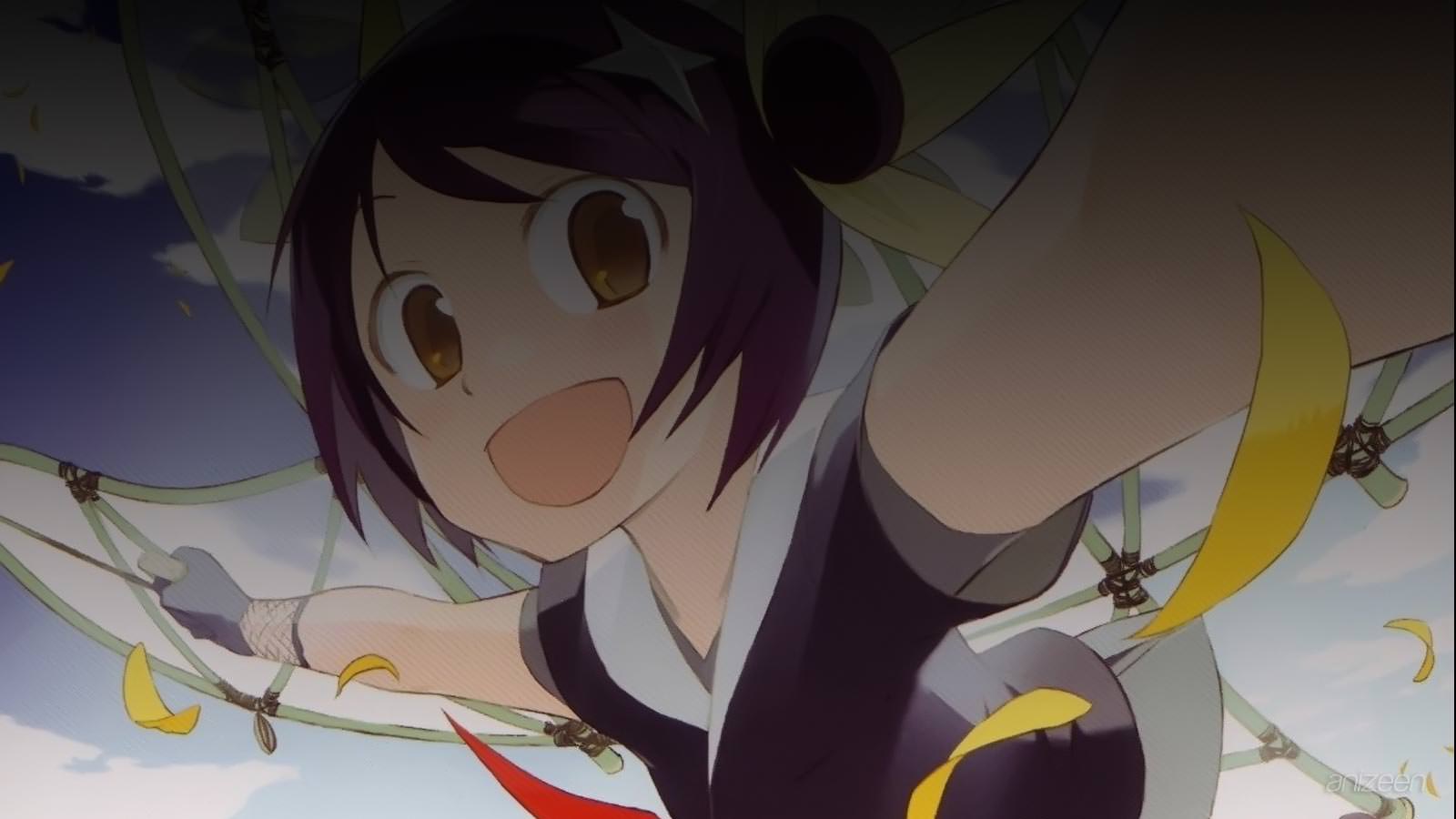 There is not much about this new season of Himawari, though, rumors are that the new season will be better in terms of animation and wacky randomness. So, if you like funny anime, maybe this one is for you.

In the first season, you met Kasumi Kogen, which translates to “the Village of Mist”, is a town located somewhere in rural Japan. In this town, there is a training school, the Shinobi Gakuen, which trains kunoichi, or woman ninjas.

The school gathers competent students from all over Japan to train them to become kunoichi. The people of this town are alumni of the school, and they run and jump, appear and disappear, as if the whole town were a big ninja house.

In this strange town, there came a girl and a man. The girl is Himawari, who wants to be a ninja and respect “Ichikawa Raiso” as her master, and she came here to enter Shinobi Gakuen. The man is a new assigned teacher, Marikoji Hayato. He was deceived into paying money and came here to repay his debts.

The man is a new assigned teacher, Marikoji Hayato. He was deceived into paying money and came here to repay his debts. They encounter in this Village of Mist.

Whether their encounter is by chance or inevitable is unknown, and forbidden love could occur at any time between a teacher and his student. Other students like Azami, Skimi, Himeji, Yusu wait and see their situation secretly.

Himawari! is the story of Himawari and her journey to become a Kunoichi, and her ‘vow’ to protect her master.

Hinata Himawari was rescued by a ninja with an odd mark on his neck. Ever since then, she had sworn to become a ninja. She has also been recognized and sent by her grandmother to the ninja training school.

Marikoji Hayato is a single, 24 year old man who took the job as a teacher in order to settle the two million yen loan his troubled friend conned him out of. Hayato wanted to quit his job when he found that the whole village is not normal, and that the students he was teaching were ninjas.

Yusura is a cute young kunoichi-in-training who can communicate with animals. She’s also very informative; seeming to know all about romance and is the first one to state that it’s forbidden for a ninja to fall in love.