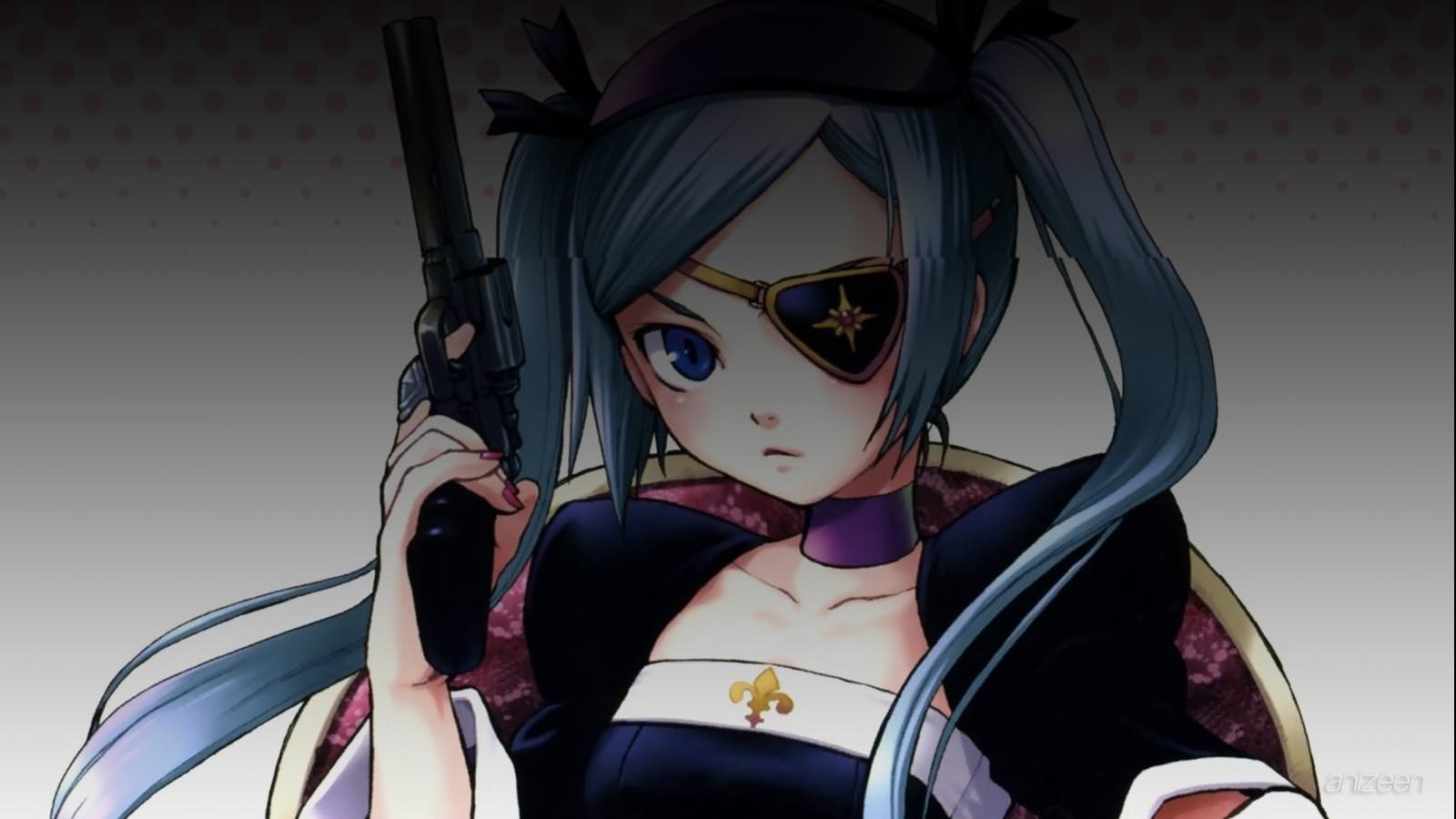 Venus Versus Virus revolves around the life of a young girl named Sumire Takahana who has had the power to see ghosts since she was a small child, though no one believes her.

One night while running to her dorm building to make curfew, a broach flies out of no where and she pricks her finger on it and sees a demon. Suddenly, another girl clad in gothic lolita clothing arrives bearing a huge gun and kills the demon.

Once the ordeal is over with, the girl gives Sumire a flier for a local clothing store, Venus Vanguard.

When Sumire visits the store, the girl, whose name is Lucia Nabashi, explains to her that because she pricked her finger on the broach, Sumire now has the power to see demons as well as ghosts.

Additionally, Lucia now wants Sumire to help her rid the world of these demons called Virus that threaten to consume all of humanity.

Sumire Takahana is a young high school girl and the newest member of the Venus Vanguard, despite being terribly scared of Viruses. While initially she cannot be of much help to Lucia, they eventually find out that whenever her body reacts to the special chemical used to defeat Viruses (the so called Vaccine), she transforms into a “Berserker Mode”, or a living Anti-Virus. With this strange ability, she becomes stronger and violent, and is capable of defeating Viruses with her bare hands, though when under the influence of this power, she cannot disce.

Lucia Nahashi is a strong, young girl who lead the fights against Viruses alongside the other members of the Venus Vanguard, sworn to fight and kill all Viruses. Her left eye holds a mysterious powers, though is almost always covered with an eye patch. Use of her powers is taxing and wears her out, but can often be disastrous to her enemy in many ways.

Venus Versus Virus
(ヴィーナス ヴァーサス ヴァイアラス)
Is a Japanese manga series created by Atsushi Suzumi which was first serialized in the Japanese manga magazine Dengeki Comic Gao!, published by MediaWorks, starting on June 27, 2005. Later, a drama CD was created based on the manga series. The series has since been adapted into an anime that started airing in Japan on January 11, 2007 on BS-i.
OP
S1. “Bravin’ Bad Brew” ~ Riryka
ED
S1. “Shijun no Zankoku” ~ Yousei Teikoku
WEB