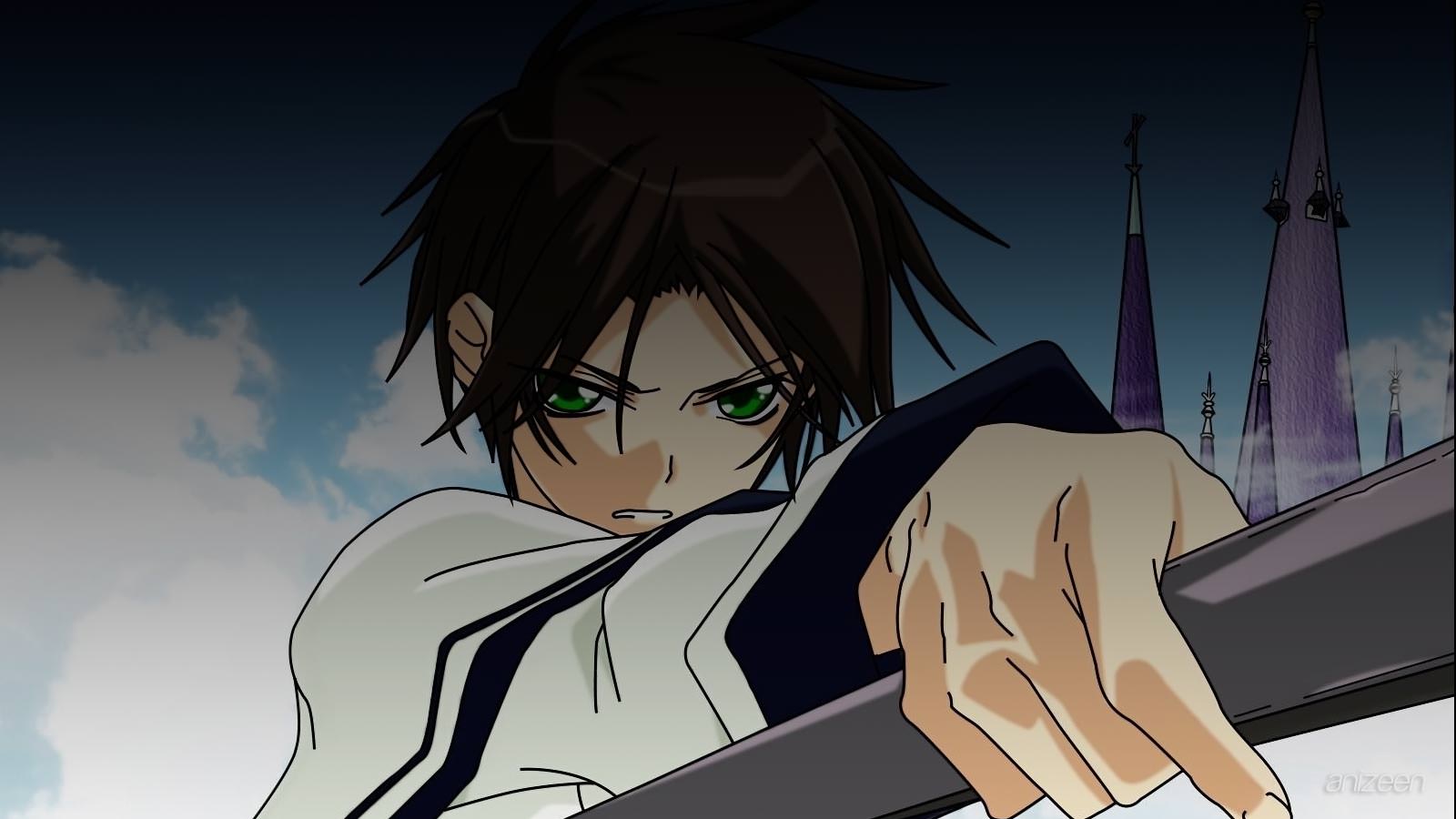 Teito Klein is a former slave sent to attend the Barsburg Empire’s military academy due to his ability to use Zaiphon, a type of supernatural power. The ability is rare, and thus highly prized. Teito is an amnesiac and doesn’t remember anything of his origins—what he does learn of his past comes from his recurring and often traumatizing dreams.

After a year at the academy, Teito takes the graduation exam; it is notoriously difficult, with a pass rate of one in twenty-five. Teito and his best, and only, friend, Mikage, pass easily. That night, in their shared dorm room, they each promise to help the other at any cost. The next day, Teito is delivering papers to a professor when he overhears his name.

He stops to listen and realizes that the speaker, a man named Ayanami, is the man who killed his father in his dreams. Teito is found eavesdropping and tries to attack his father’s murderer, but is quickly brought down by one of Ayanami’s subordinates and sent to prison.

Mikage comes to help him escape, only to find that Teito has managed to fight past the guards by himself. The two flee the building, but are cornered on a balcony. Teito pretends to hold Mikage hostage, threatening to kill him; and tries to escape when Ayanami sends a Zaiphon attack after him, which Teito manages to partly deflect.

A Bishop in the nearby 7th District brings the injured Teito to the church to recuperate. Since Teito is still in chains, the Bishop, Frau, mistakes him for a slave and comments that if Teito had been a soldier in the Imperial army, he would have killed him immediately. Because of the law of “sanctuary”, Teito may stay in the church without fear of the Empire or Ayanami.

Teito carries the Eye of Michael, the powerful artifact that his home country, the Raggs Kingdom, was ransacked for. The tragic death of a loved one catapults him into his quest for revenge against the Barsburg Empire and knowledge about his past, while he becomes entangled with the Gods, Verloren, and the 7 Ghosts.

His best friend’s fate spurs Teito into trying to master the Bascule—a powerful weapon that can harness and focus his innate power. Friends become enemies and rivals become allies as Teito begins to fulfill his destiny, and protect his fallen country from the minions of his former masters.

Teito Klein is a former slave captured by the Barsburg Empire and considered to be the military academy’s star pupil. His homeland is the former Kingdom of Raggs, and he was raised as an orphan in a church. It is later revealed that Teito had been entrusted with the Eye of Mikhail when the Empire invaded his home country, and he is the son of the former king of Raggs, Weldeschtein Krom Raggs, thus, a prince.

Mikage is Teito’s best friend, Mikage comes from a family of stewards. Despite the fact that his closeness with Teito makes him a target of ill will, he remains a bright and cheerful person, sticking with Teito even if others make fun of him. Their relationship as friends involves a lot of Mikage teasing Teito about his short stature, and Teito beating him up in retaliation.

Frau is a perverted Bishop, he saves Teito’s life when Teito falls from his hawkzile. He is the member of the 07-Ghosts and is known as ‘Zehel’. He finds Mikage, as a small pink dragon, for Teito and accidentally becomes Teito’s ‘Master’ when he attempts to remove Teito’s promise collar, invoking a blood contract.

Hakuren Oak is Teito’s roommate at the church and, at first, his self-proclaimed rival for the priesthood exam. They first meet soon after Mikage’s death and Hakuren is walking by Teito in the church. Teito mistakes him for Mikage since they look somewhat similar, but upon looking closer, realizes it is someone else.

Ayanami is the man who killed Teito’s ‘Father’ and seeks the Eye of Mikhail, though he seems to also be searching for ‘Zehel’. His relationship with the 07-Ghosts is unknown, but he seems to be working for Verloren. It has been revealed that Ayanami is the owner of Frau’s scythe; however, how his scythe came into Frau’s possession is still unknown.

07-Ghost
(セブンゴースト)
Is a fantasy manga written and illustrated by Yuki Amemiya and Yukino Ichihara. It is currently serialized in the monthly shoujo manga magazine Monthly Comic Zero Sum published by Ichijinsha. Seven bound volumes have been released as of January 2009. The manga has been licensed by Go! Comi for release in North America. 07-Ghost has been adapted into a drama CD. An anime adaptation of 07-Ghost was produced by Studio DEEN and premiered in April 2009.
OP
S1. “Aka no Kakera” ~ Yuki Suzuki
ED
S1. “Hitomi no Kotae” ~ Noria
WEB

OP ~ Aka no Kakera